California marked a sombre milestone this week when the state surpassed 300,000 cases of COVID-19 and broke one-day records for the number of new cases and deaths.

It is a devastating reversal of fortunes for the Golden State, which was hailed as a national role model in March when it became the first state to shut down its economy in a bid to slow the spread of the virus.

The surge in California’s COVID-19 numbers – which have more than doubled in the past month – has undermined the state’s efforts to reopen its economy. The California legislature said it would postpone plans to resume next week because several politicians had tested positive for the virus.

Cities including San Francisco and Los Angeles have announced plans to pause or even reverse their reopening schedules, dealing a blow to the state’s efforts to help fill a US$54-billion hole in this year’s budget with new economic growth.

Why is there a resurgence of COVID-19 cases across the U.S.?

As the U.S. debate over how to manage the virus has taken on a partisan dimension in an election year, California’s experience is a cautionary tale that even a heavily Democratic state with a public broadly in favour of aggressive lockdown measures can still struggle to manage its way through a pandemic.

California’s soaring numbers stem from a cluster of factors. Managing the spread of a disease in a large and diverse state that is home to 40 million people was always going to present a challenge.

A testing backlog in the spring likely underestimated just how quickly the virus was spreading, giving a false sense of confidence that California was bending the curve. The state had tested fewer than 150,000 people by the time Governor Gavin Newsom went on national television in early April to announce that his state would donate 500 ventilators to other parts of the U.S. and use its massive purchasing power to source hundreds of millions of masks, including for other states.

Having fixed its testing backlog – the state has performed more than five million tests – California is now facing a renewed testing shortage. Several health services have cancelled hundreds of appointments because they had run out of chemical reagents needed to run the test.

As in other parts of the U.S. and Canada, California has seen a spike in cases in nursing homes, which has sickened nearly 23,000 and killed roughly 2,700. It is also grappling with the fallout from an ill-fated transfer of prison inmates that was intended to improve physical distancing inside institutions, but only served to fuel a large outbreak at San Quentin State Prison, north of San Francisco.

While polls showed that a majority of California residents supported the strict stay-at-home measures, Mr. Newsom faced pressure from a vocal minority, including protests at the state capitol and nearly two-dozen lawsuits challenging the lockdown.

Some county governments voted to reopen movie theatres and indoor restaurants in open defiance of the stay-at-home order, but received little more than threats from the state in response. A community in the agricultural Central Valley declared itself a “sanctuary city for all businesses.”

In May, Merced County Sheriff Vern Warnke took to Facebook to declare that he would not enforce any violations of California’s lockdown, claiming the pandemic was merely a way for the state to control its residents.

But by early July, with nearly 1,800 cases in the county and local hospitals overrun, the sheriff returned to the social-media platform to urge residents to wear masks and stop congregating in local parks. ”This disease is mutating. It’s bad,” said Sheriff Warnke, who also acts as the local coroner. “We have to take it seriously.”

Bowing to pressure from some corners of the state, Mr. Newsom earlier eliminated a requirement that counties show they had no deaths from COVID-19 in the previous two weeks in order to start reopening, asking them to prove only that cases were plateauing or declining.

He has largely left it up to local governments to set their own timelines for reopening. “Localism is determinative,” he declared in late May. “We put out the how. Counties decide the when.” That has led to a confusing patchwork of different regulations – with beaches and indoor restaurants opening in some cities, but still closed in neighbouring ones.

California’s economic and racial inequalities have also helped fuel the pandemic, which is disproportionately affecting Latino residents, who are more likely to work in jobs deemed essential, live in overcrowded housing or lack access to health insurance. After the state allowed agricultural operations to continue, public-health officials in Northern California identified a spike in cases among Latino farm workers at wineries in Napa and Sonoma.

Imperial County, a rural and heavily Latino region that borders both Arizona and Mexico, has emerged as the scene of California’s most severe outbreak. Officials there point to a flood of border crossings – mainly among U.S. citizens living in Mexico and returning to California to work and seek health care.

The surge prompted U.S. Ambassador to Mexico Christopher Landau to urge American expats to avoid all but essential crossborder travel. “In recent weeks, hundreds of thousands of people per day have crossed the land border,” he said. “And 90 per cent are US citizens or green-card holders.”

The state is now working on returning to the stringent controls that earned it so much praise in the spring. Mr. Newsom has issued a statewide order requiring residents to wear masks for most activities outside the home and has forced some communities to close bars, indoor restaurants and wine-tasting rooms that had reopened weeks earlier.

The state is watching 26 counties – home to two-thirds of California’s population – that had been given the green light to reopen, but may soon be ordered to shut down again if cases continue to rise. Mr. Newsom appears to have broad support. A poll this week by the California Health Care Foundation found that a majority of Californians believe the state reopened too quickly and three-quarters are afraid of contracting the virus.

Faced with a mounting public backlash, Mr. Newsom has vowed to remake California into the national role model it once was. “We bent the curve in the state of California once, we will bend the curve again,” he told reporters recently. “Mark my words.” 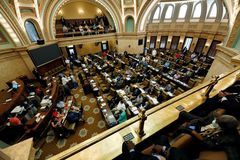 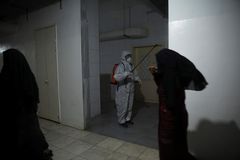