The abuse started in Texas with the children being slapped, hit and thrown around the house, a prosecutor said Thursday.

It escalated to beatings with a belt, then the buckle-end of the strap and then a wooden paddle or oar. When that failed, the children of David and Louise Turpin were caged, Deputy District Attorney Kevin Beecham said.

A California judge said Thursday he didn’t even need to consider the evidence from outside his jurisdiction to order the couple to stand trial because abuse and horrific conditions continued when the family moved to Riverside County.

Superior Court Judge Bernard Schwartz found probable cause that David and Louise Turpin abused and tortured 12 of their 13 children for years, tossing only a single charge of child endangerment involving their 2-year-old daughter out of more than four dozen other counts.

“There was an infliction of extreme pain and suffering on these children,” said Schwartz, who noted that malnutrition was so severe that at least two of the daughters would be unable to bear children.

The Turpins have pleaded not guilty and are jailed on $12-million bail. The case was continued until Aug. 3.

The two were arrested in January when their 17-year-old daughter climbed out a window and used an old cellphone to call police and report years of abuse, neglect and living in squalor. She said two little sisters, who were shackled to their beds, had been crying at night and wanted her to call for help.

When officers arrived at what appeared like a neatly kept house in a Perris subdivision some 70 miles (113 kilometres) southeast of Los Angeles, they discovered a horrific scene.

Two girls, 11 and 14, had hastily been removed from their bonds, but a 22-year-old son remained chained to a bed. The children ages 2 to 29 were mostly pale and severely underweight, they hadn’t bathed for months and the house reeked of human waste.

The abuse began in Texas and it continued when they moved to California in 2010, investigators testified.

A lawyer for David Turpin, who argued that several counts be thrown out for lack of evidence, asked the judge to disregard the testimony about Texas because it was inflammatory and would prevent his client from getting a fair hearing.

“Once you’ve heard it, it’s difficult to forget it,” attorney David Macher said. “Our horror at the suffering of children presents a risk today in this courtroom. … It can overcome our ability to reason.”

Beecham said the evidence from Texas was relevant because it showed how the scheme to abuse the children had begun and mirrored what unfolded in California.

The abuse instilled such fear and obedience that the older children disciplined their younger siblings and even caged them after the parents largely abandoned them in a double-wide trailer for several years in Texas.

“I imagine this is a ‘Lord of the Flies’ analogy where the children are left to fend for themselves during the most tender years of their lives,” Beecham said.

While defence lawyers are likely to renew their effort to bar the Texas evidence from trial, Schwartz said he found it “extraordinarily relevant” for the purpose of the preliminary hearing.

But there was a “plethora of evidence” from the past several years in California alone to hold the couple on the charges, Schwartz said.

The children were kept in such isolation that the 17-year-old didn’t know her address when she called for help. Despite the parents filing reports with the state that they home-schooled their children, the oldest child had only completed the third grade and a 12-year-old couldn’t recite the full alphabet.

Schwartz said he found it astounding that the children had never seen a dentist and only one of the children appeared to have gone to a doctor after fracturing a jaw.

The parents allegedly deprived their children of toys and games or being able to play with other kids. That left the older children in a state of dependence even once they became adults, the judge noted.

The children were hospitalized after they were rescued and have since been released. Social workers have not revealed where they’re staying or how they’re doing.

As their parents arrived at the courthouse for the last day of the two-day hearing, their seven adult children were in an adjacent courthouse for a closed-door guardianship proceeding.

Jack Osborn, a lawyer for the adult children, said no decision was reached on appointing Riverside County as their long-term guardian. Bailiffs cleared the hallway after the appearance for the privacy of the children who could be seen from a distance in silhouette as they were ushered out of view. 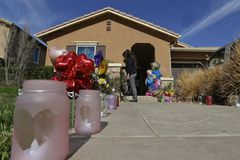 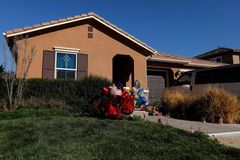 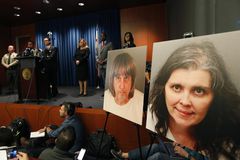