How you can help • Where are the fires now? • Damage so far • Damage to celebrity homes and filming locations • Trump’s incendiary remarks • California and climate change


How you can help

Canadians wishing to help those affected those affected by the fires should first do some research in finding a reputable organization to donate to. The website Charity Navigator is one place to start. The American Red Cross and local branches of the United Way are also raising funds for wildfire relief, while the crowdfunding site GoFundMe has collected a page of verified crowdfunding campaigns in the northern and southern parts of the state.


Where are the fires now?

There are several fires burning across California. Three fires in particular, one in the north and two in the south, have been causing the most damage recently.

The Northern California fire obliterated the town of Paradise. Searchers pulled bodies from incinerated homes and cremated cars, but in many cases, the victims may have been reduced to bits of bones and ash. By Nov. 19, more than 10,500 homes had been confirmed destroyed. 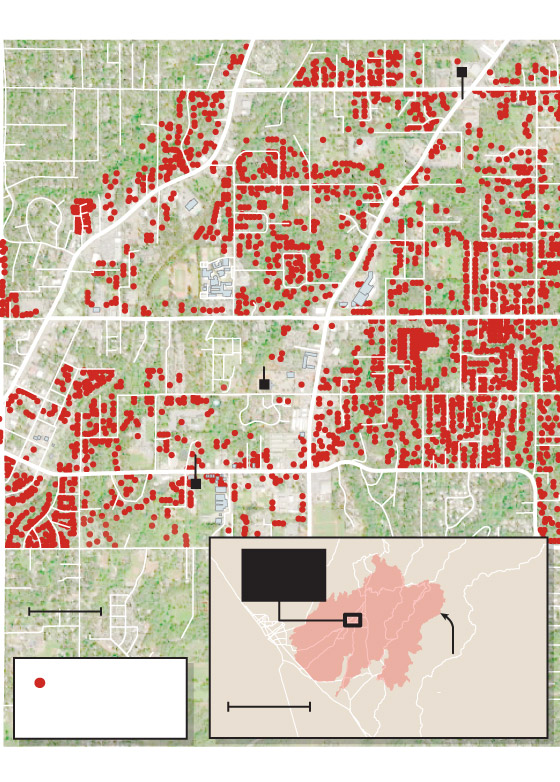 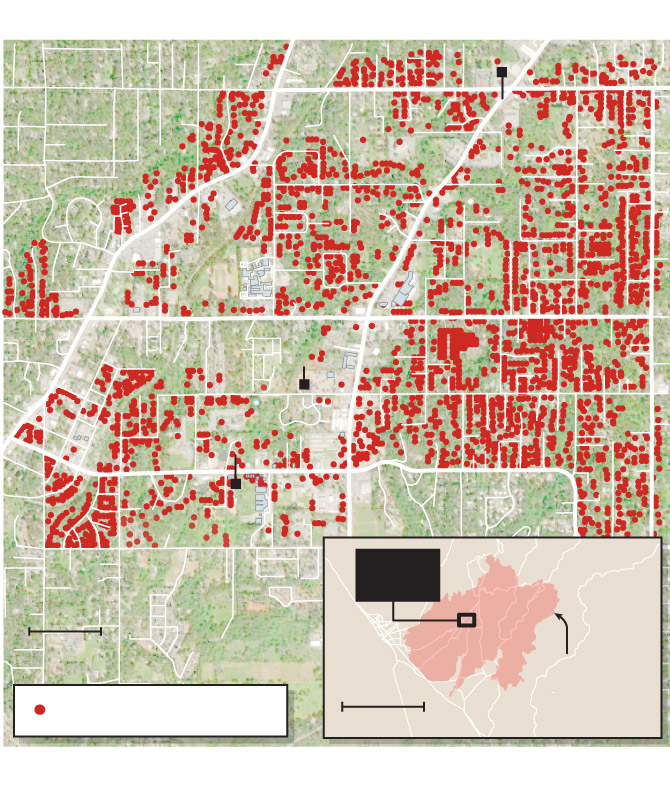 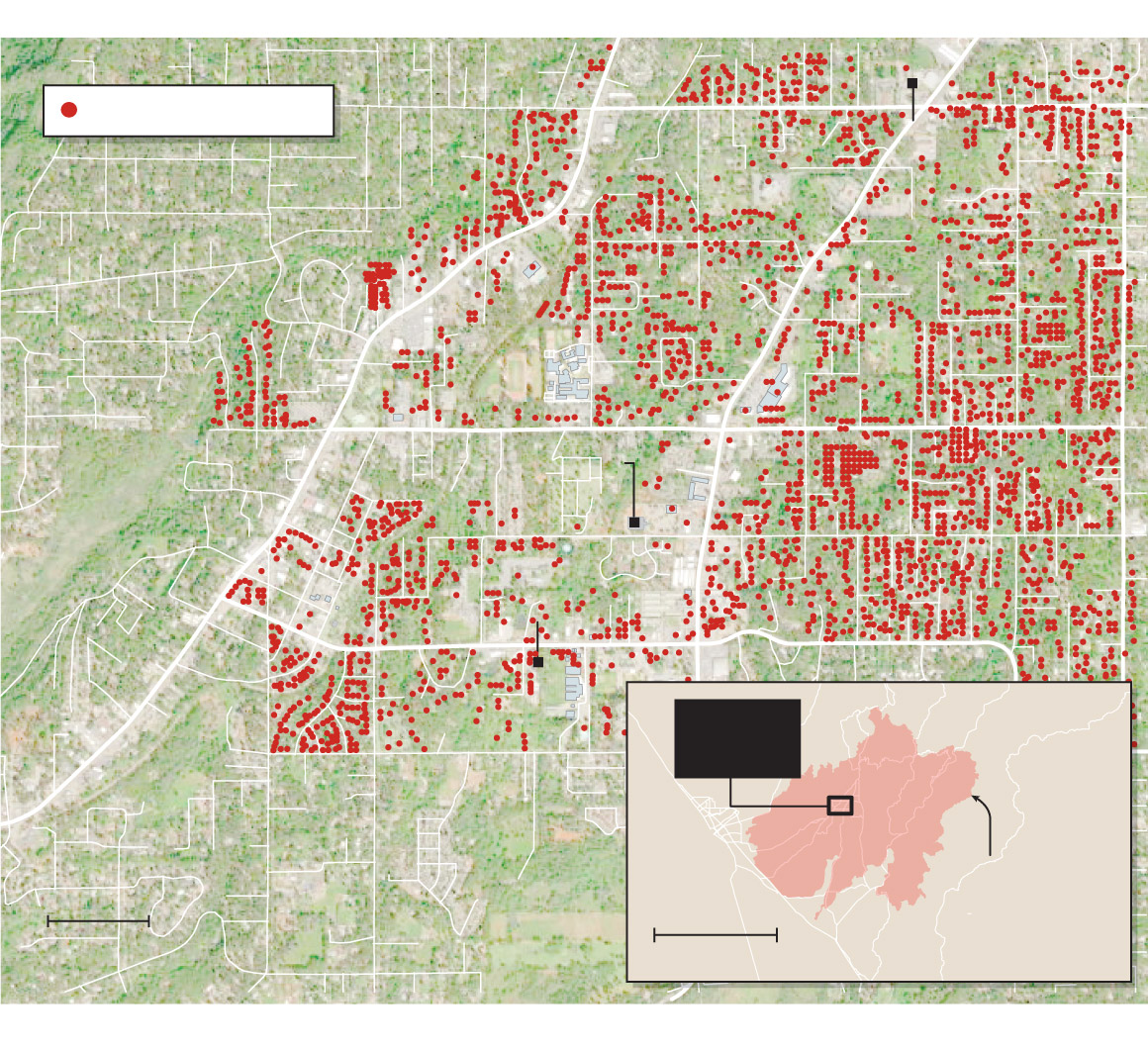 Many celebrities took to Twitter and Instagram last weekend, updating about the state of their homes in California and the safety of them and their families.

Canadian rocker Neil Young said on his website that he lost his Malibu-area home in the disaster, which he linked to climate change. “Firefighters have never seen anything like this in their lives. I have heard that said countless times in the past two days, and I have lost my home before to a California fire, now another,” Mr. Young said on neilyoungarchives.com.

Meanwhile, action star Gerard Butler posted a photo on Instagram that showed a burned-out structure and a badly scorched vehicle.

Returned to my house in Malibu after evacuating. Heartbreaking time across California. Inspired as ever by the courage, spirit and sacrifice of firefighters. Thank you @LosAngelesFireDepartment. If you can, support these brave men and women at SupportLAFD.org. Link in bio.

Robin Thicke’s Malibu home burned down entirely, according to his representative. The 41-year-old singer said on Instagram that he, his girlfriend and his two kids are “safe and surrounded by friends and family” and were thankful to firefighters. Miley Cyrus tweeted that her home burned, but that her animals and fiance Liam Hemsworth were safe.

Paramount Ranch’s “Western Town,” a landmark film location dating back to 1927 that included a jail, hotel and saloon, burned to the ground . The TV series Westworld is among the many productions that have filmed at the ranch in the mountains west of Los Angeles.

What Trump said: President Donald Trump has tweeted several messages of support to firefighters in the days since the infernos began, but before that, another tweet started a political firestorm in California. On his Remembrance Day trip to Europe, Mr. Trump blamed the fires on state forest-management policies, and threatened in a Nov. 10 tweet to withhold federal funding if those policies were not changed. His tone had softened by Nov. 12, when he approved the California Governor’s request for a major disaster declaration.

There is no reason for these massive, deadly and costly forest fires in California except that forest management is so poor. Billions of dollars are given each year, with so many lives lost, all because of gross mismanagement of the forests. Remedy now, or no more Fed payments!

I just approved an expedited request for a Major Disaster Declaration for the State of California. Wanted to respond quickly in order to alleviate some of the incredible suffering going on. I am with you all the way. God Bless all of the victims and families affected.

How California responded: Governor Jerry Brown said federal and state governments must do more forest management but that climate change is the greater source of the problem. “And those who deny that are definitely contributing to the tragedies that we’re now witnessing, and will continue to witness in the coming years,” he said. Gavin Newsom, the Democratic governor-elect who will replace Mr. Brown in January, also accused Mr. Trump of putting partisanship ahead of relief efforts.

Lives have been lost. Entire towns have been burned to the ground. Cars abandoned on the side of the road. People are being forced to flee their homes. This is not a time for partisanship. This is a time for coordinating relief and response and lifting those in need up. https://t.co/sAZ3QULV8G

The political context: There is little love lost between Mr. Trump and California, a state that mostly voted for his Democratic opponent, Hillary Clinton, in 2016. In this fall’s midterm elections, the Democrats managed to flip several Republican-held California seats in the House of Representatives, while also maintaining their hold on the state’s two Senate seats and electing Mr. Newsom to the governor’s office.

Fire management’s fraught history: Decades of government policy have indeed played a role in making American wildfires worse, but for a federal leader to single out one state as the culprit – and without mentioning climate change’s impact (more on that below) – is stretching the truth. The federal government owns nearly 46 per cent of California’s land area, including many of the northern national forests in areas devastated by the Camp fire. In California, as in much of the U.S. and Canada, fire services adhered for decades to a “suppression” policy of putting out every fire in public forests as quickly as possible. Many scientists have concluded that suppression prevented natural fires from clearing out undergrowth and dead plants, which made forests more susceptible to larger, more destructive and less easily controllable fires. But one reason scientists can tell suppression isn’t a big factor in the current fires is that some Northern California areas now burning had fires in 2005 and 2008, and aren’t “fuel-choked closed-canopy forests,” University of Utah fire scientist Philip Dennison told Associated Press. The other major fire, in Southern California, burned through shrub land, not forest, Dr. Dennison said. 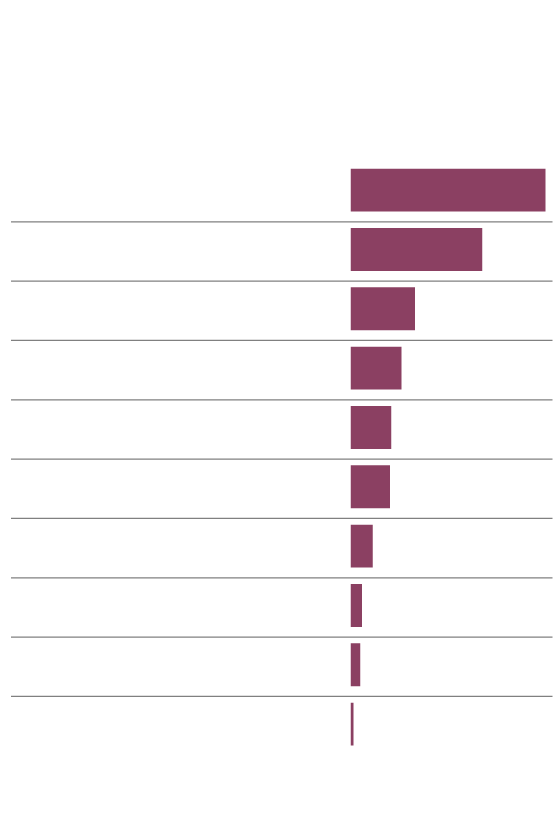 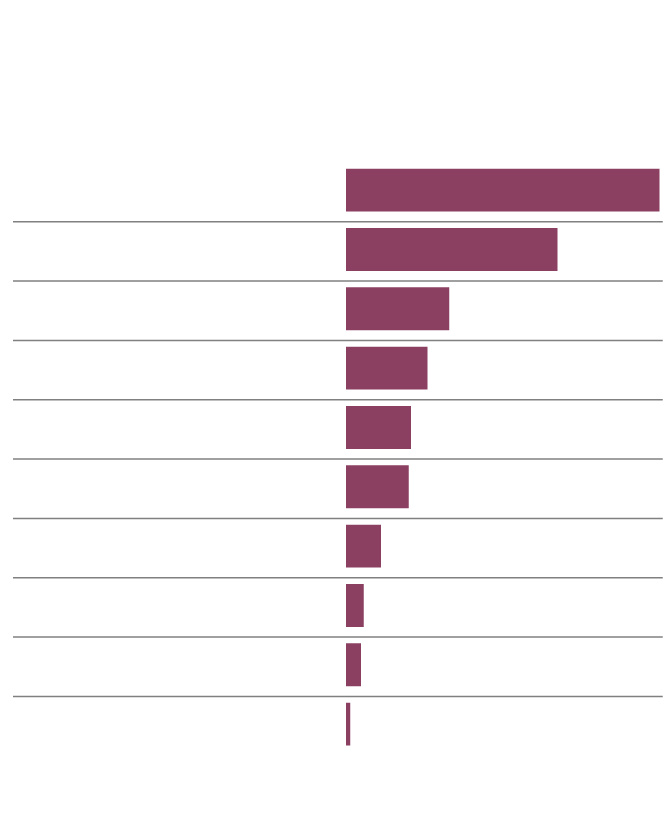 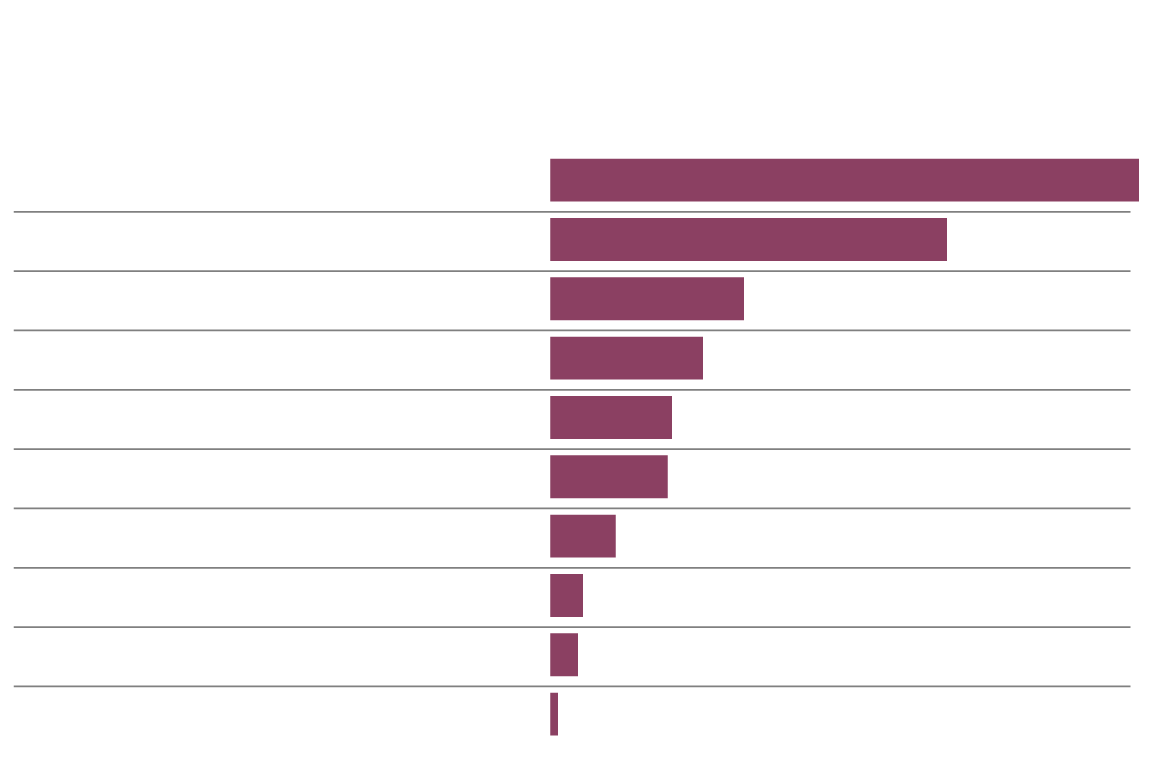 Drought and warmer weather attributed to climate change have led to longer and more destructive wildfire seasons in California. While the state officially emerged from a five-year drought last year, much of the northern two-thirds of the state is abnormally dry. This means that when fires are started they have the potential to burn bigger and longer than in past decades. In light of the devastating Northern California fire, “it’s evident from that situation statewide that we’re in climate change and it’s going to be here for the foreseeable future,” Los Angeles County Fire Chief Daryl Osby told Associated Press.

more fires in the west

and last fire declared under control

activity: sensitivity to changes in the timing 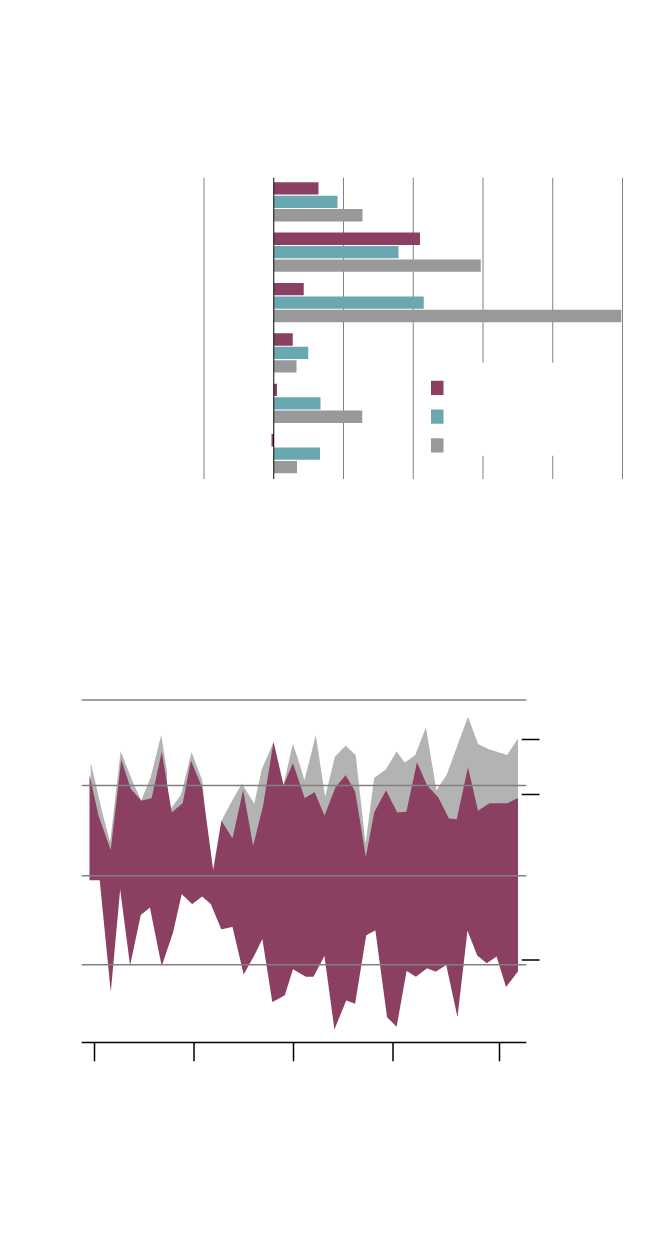 more fires in the west

and last fire declared under control

sensitivity to changes in the timing of spring,’ 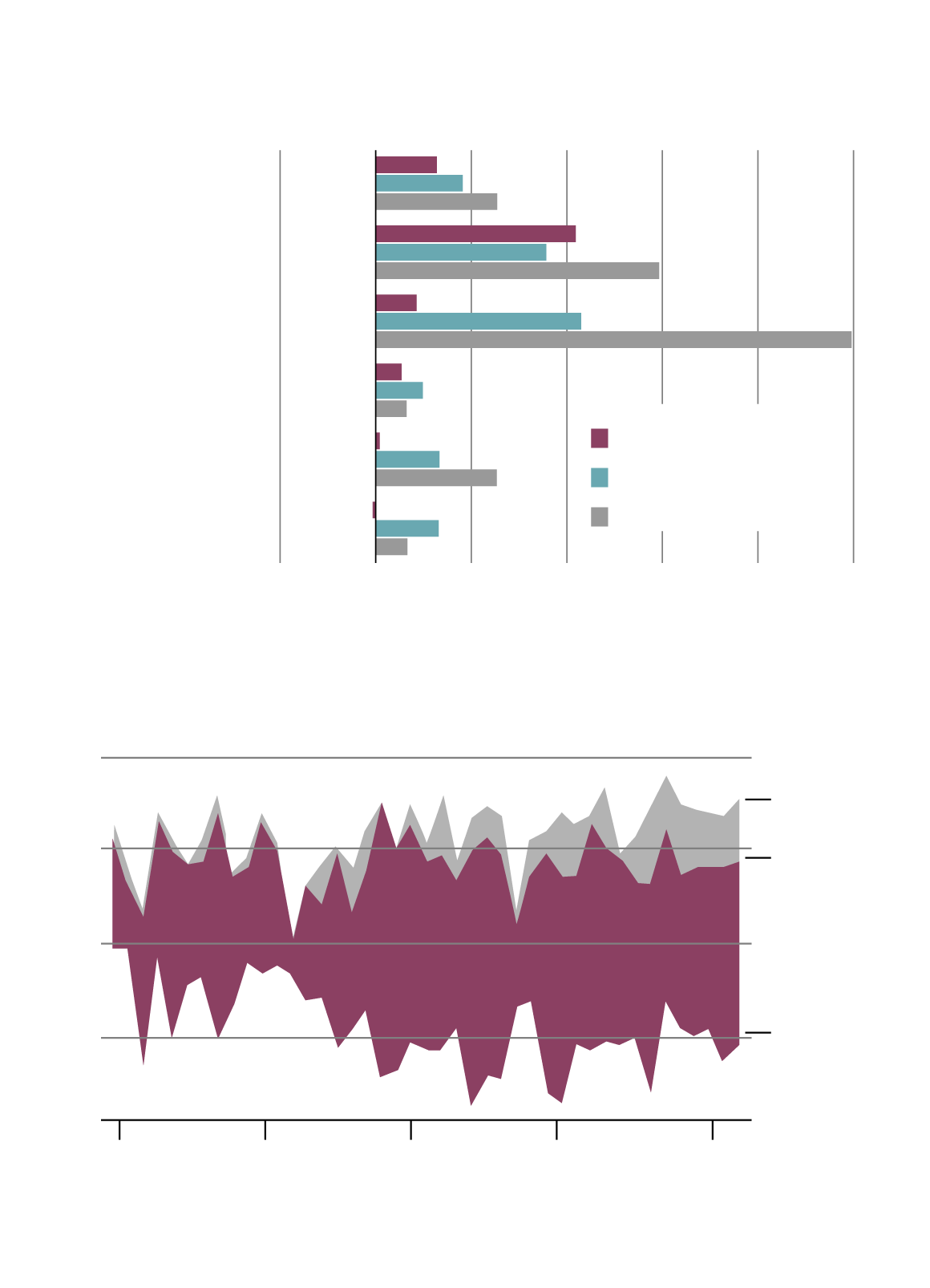 longer seasons and more fires in the west

Associated Press, with a report from Tamsin McMahon

View more suggestions in Following Read more about following topics and authors
Report an error
Due to technical reasons, we have temporarily removed commenting from our articles. We hope to have this fixed soon. Thank you for your patience. If you are looking to give feedback on our new site, please send it along to feedback@globeandmail.com. If you want to write a letter to the editor, please forward to letters@globeandmail.com.
Comments