Momentum is building across the United Kingdom for a second referendum on Brexit – something considered far-fetched until the government’s strategy fell apart this month.

Opinion polls over the past weeks show there’s growing support for another referendum, and a group called The People’s Vote has launched a national campaign backed by 70 full-time staff, thousands of volunteers and a donation of £1-million ($1.7-million) from a prominent businessman. Last month, the group organized a march in London that attracted an estimated 700,000 people, and a petition led by The Independent newspaper calling for another vote has drawn nearly one million signatures.

“If you look back 12 months ago, the general feeling was that this was a flight of fantasy, the notion of having a people’s vote,” Chuka Umunna, a Labour MP who has been among the group’s leaders, told foreign journalists on Tuesday. “Now it is seen as a serious option.”

A main reason for the change of mood has been the growing opposition to Prime Minister Theresa May’s Brexit deal with the European Union. She unveiled the withdrawal agreement last week and it sets out the terms of the U.K.’s departure from the EU on March 29. It has been roundly criticized on all sides and few MPs give it much chance of winning the required approval in the House of Commons. Ms. May has said that if the deal fails, the country runs the risk of leaving without any agreement, something business leaders fear will cause economic chaos because the EU could impose stiff tariff and non-tariff barriers on U.K. goods and services.

Ms. May has been trying to convince her Conservative Party colleagues, opposition MPs and the public to back the deal, so far without much success. Hard Brexit Tories, who want to cut all ties with the EU and negotiate a trade deal, argue the agreement keeps the county far too closely bound to the bloc and several have joined a movement to oust Ms. May as leader. Many pro-European MPs also oppose the deal because in their view it doesn’t go far enough in protecting the country’s access to the EU’s single market. “There is a real sense of unease,” Anna Soubry, a Tory MP who opposes the deal and supports a second referendum, said Tuesday. “There is this dawning of Brexit reality.”

Ms. Soubry and Mr. Umunna said a growing number of MPs believe there’s a third option: put Ms. May’s deal to the people and let them decide if they want to keep it or remain in the EU. “I do not see how you can resolve this but by going back to the people and getting their view, and finding out what the will of the people is today, and not where it was several years ago,” Mr. Umunna said.

The People’s Vote faces plenty of challenges. There’s little time to organize another vote and even Mr. Umunna conceded it could take six months, requiring an extension to the March 29 deadline, which Ms. May has ruled out. Even if an extension was granted, the timing of the referendum would likely conflict with European parliament elections in May. The U.K. is not participating in those elections because it’s leaving the EU, but it’s unclear what would happen if the country decided to remain in the EU while voters across Europe elected new members of the European Parliament.

But even the prospect of another referendum has re-energized many people such as Hugo Lucas. He lives in London and voted to remain in the EU in 2016. He felt so demoralized after the vote that he headed back to university and gave up on Brexit. As discontent about Ms. May’s Brexit strategy began building in the summer, Mr. Lucas, 23, joined the youth wing of The People’s Vote called Our Future Our Choice. He’s now a national organizer, helping manage 100 regional coordinators who have been holding almost daily events.

“It was clear to me then that it wasn’t just intense Remainers like me who were criticizing the deal, it was that criticism was coming from all sides,” he said. “And it wasn’t so much that Brexit was a bad idea, it was that the form of Brexit that we were going through with as a nation seemed weak and it seemed attackable.”

Richard Coward agrees. He lives in Norfolk in Eastern England, a part of the country that voted more than 60 per cent to leave the EU in 2016. He’s been campaigning in the area for a second vote. “There is an enormous group of people who voted leave [in 2016] who are very, very unsure now of their ground,” Mr. Coward said from his home in King’s Lynn. “They didn’t realize just how fundamental and complex leaving the EU was going to be.” 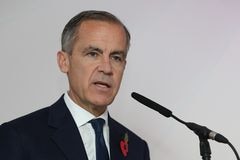 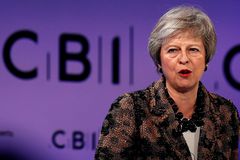 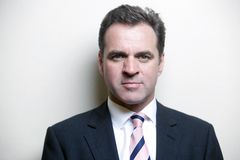