The Lebanon-Israel border was mostly calm with UN peacekeepers patrolling the area on Monday, a day after the Lebanese militant group Hezbollah group fired a barrage of anti-tank missiles into Israel in response to earlier attacks, triggering Israeli artillery fire.

The missile attack into Israel on Sunday did not inflict any casualties on the Israeli side. It came after Hezbollah vowed to retaliate for an Israeli air strike that killed two Hezbollah operatives in Syria and an Israeli drone strike on the group’s stronghold south of Beirut in late August.

No one was hurt by the Israeli artillery fire, which lasted about two hours and hit fields near the border village of Maroun el-Ras and the nearby village of Yaroun.

“The message is clear. If you launch an aggression, then all your border, soldiers and deep inside [Israel] will be part of our retaliation,” Hezbollah leader Sayyed Hassan Nasrallah said in a speech Monday night.

He said that in the future the group could strike anywhere along the border, and would shoot down any Israeli drones that enter Lebanese airspace.

Hezbollah has for years limited its cross-border attacks to an area known as Chebaa Farms, which Israel captured from Syria in 1967 and which Lebanon claims.

In 2006, a Hezbollah attack on Israel that targeted an area outside Chebaa Farms ended up triggering a month-long war that killed hundreds of people. Despite their deep hostility, the two sides have largely refrained from direct fighting for the past 13 years.

Israel withdrew from southern Lebanon in 2000, ending an 18-year occupation.

In Maroun el-Ras, residents inspected their tobacco and olive fields early Monday, some of which were burned by the Israeli fire.

Maroun el-Ras witnessed some of the most intense battles between Israeli troops and Hezbollah fighters during the 34-day war they fought in 2006.

Shortly before noon, a foot patrol of UN peacekeepers was seen near the border fence, searching the sides of a road with metal detectors apparently to make sure there are no unexploded shells. A UN helicopter flew overhead while an armoured personnel carrier followed the peacekeepers.

Ahmad Alawiyeh, a 45-year-old merchant, was in the village with his son and daughter, standing in an area overlooking his plot of land close to the fence. His field didn’t sustain much damage as he hadn’t planted tobacco or olive trees like the two adjacent, burnt plots.

“This is a victory and pride for us,” he said, referring to Hezbollah’s attack on Israel. Alawiyeh has been living between his hometown and Beirut since the Israeli withdrawal from southern Lebanon.

On the Israeli side of the border, civilian cars were seen from a distance driving through a village.

“We will not accept either attacks on our civilians or soldiers,”Lieutenant-General Kohavi said, adding that the Lebanese government and the UN peacekeepers “must bring Iran and Hezbollah’s precision-guided missile manufacturing project to its end.”

The Israeli army believes that Iran and Hezbollah are racing to establish missile-production factories in Lebanon — a claim that Hezbollah denies.

Israel’s Foreign Minister, Israel Katz, said that he spoke to his German counterpart, Heiko Maas, and asked him to relay a message to Beirut. Mr. Katz’s office said he made clear that Israel has no desire to escalate the situation, but that Israel is prepared to respond intensely to any attack, and would hold Lebanon responsible.

“If you don’t block Hezbollah’s activity against Israel, all of Lebanon will be hit and severely harmed,” Mr. Katz said.

Israel considers Iran to be its greatest enemy, and Iran-backed Hezbollah to be its most immediate military threat. Hezbollah has a battle-tested army that has been fighting alongside the forces of Syrian President Bashar Assad in Syria’s civil war, and it is believed to possess an arsenal of some 130,000 missiles and rockets.

Throughout the Syrian war, Israel has acknowledged carrying out scores of air strikes in Syria aimed at preventing alleged Iranian arms transfers to Hezbollah. But in recent weeks, Israel is believed to have widened its campaign and struck Iranian or Hezbollah targets in Iraq and Lebanon as well. 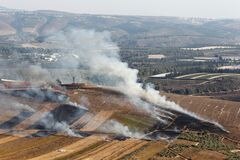 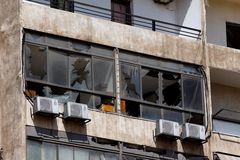 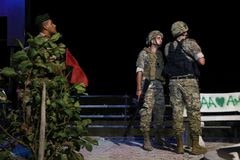