After nearly nine months in prison, Cameroon opposition leader Maurice Kamto and other activists have been allowed to walk free, signalling a possible easing of tensions in one of Africa’s most volatile crises.

The Cameroon government said the prisoner release on Saturday was part of a new effort to find a peaceful resolution to the conflicts that have torn apart the Central African country over the past three years. But critics said it is far from sufficient to end the fighting.

President Paul Biya, who has ruled Cameroon for 37 years, is showing no signs of bowing to demands to step down. And separatist leaders from the country’s anglophone regions did not attend a much-anticipated “national dialogue” with the government last week. The conflict in the anglophone regions has killed nearly 3,000 people and forced half a million to flee their homes.

About 100 people were released from prison on Saturday, nearly nine months after their arrest during peaceful demonstrations against alleged vote-rigging.

Among them was a Canadian-educated opposition activist, Christian Penda Ekoka, who had served as a senior aide to Mr. Biya on economic reform for seven years before quitting in protest against what he called corruption and mismanagement.

Mr. Penda Ekoka and other opposition leaders were arrested in late January after protesting for months against the October, 2018, election in which Mr. Biya was officially declared the winner and Mr. Kamto was the runner-up.

Cameroonian authorities had planned to prosecute the prisoners at a military trial on charges of insurrection and rebellion, punishable by the death penalty.

“They were using these threats to panic us and scare us, but we were ready to face anything, even up to the death penalty,” Mr. Penda Ekoka told The Globe and Mail in a telephone interview on Sunday night.

“We were not frightened. It made us stronger and it made them weaker.”

The release of the prisoners is “only a first step” to resolving the crisis, and it resulted from “a lot of pressure” on the government, he said. It needs to be followed by electoral reforms, greater freedom for citizens and greater autonomy for Cameroon’s regions, he said. “The youth should be able to protest peacefully without suffering my fate.”

His family, including four children and grandchildren, who are Canadian citizens, celebrated his release. His son Stephen, a digital analytics consultant in Toronto, said the prisoner release will have “a significant impact” on the political climate. “They represent a major voice among Cameroonians,” he told The Globe.

But it is crucial that all of the key forces, including the anglophone separatists, are “fairly represented” in the peace discussions in the future, he said.

Another of the freed prisoners was Cameroonian rapper Gaston Philippe Abe Abe, known by his stage name, Valsero. He had been arrested on Jan. 26 during demonstrations against the election results.

“We are overjoyed that Valsero is finally free to reunite with his family and make music in peace,” said Julie Trébault of PEN America, a human rights organization that supports free expression.

“The fallacious charges against him, which included rebellion against the state, terrorism, insurrection, inciting public disorder and propagating false information, are emblematic of the lengths authoritarian rulers will go to suppress dissenting voices.”

Mr. Biya, 86, is the oldest president in Africa and has become notorious for his frequent travel to Switzerland, where he often spends months at a luxury hotel, with his entourage running up a bill of up to US$40,000 a day, while Cameroon slides deeper into poverty and civil war. Nearly half of the population subsists on incomes of less than two dollars a day. 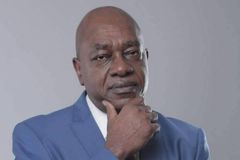 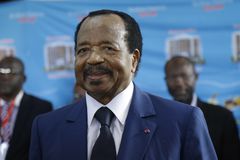