The people tapping on keyboards at Liang Zhi Data Technology possess an unusual set of skills. Some have backgrounds in artificial intelligence, a skill set that has grown common across the Chinese high-tech companies. But others are different. They are experts in economics, and their work at Liang Zhi is to find new ways of making decisions from data. Founder Shao Jian calls it “human-machine symbiosis.”

Mr. Shao stands at the forefront of a bid to bring authoritarian capital – the Chinese economic model – into the supercomputer age. What if, he asks, China’s economic managers could peer into the enormity of the country’s data and quickly identify the best destinations for state investments, or the most winning combination of companies for an industrial park? What if they could get immediate warnings about developing economic risks, then peer deep into the data to identify the source of the problem and take quick corrective action?

“Intelligent economic regulation is a future trend,” he said. For governments and others, it will be possible to adopt “intelligent means when studying where some basic and public resources should be invested.”

Or, as he puts it in more Marxist terms: to use data “to achieve optimal allocation of resources.”

If China can get that right, the country’s theoreticians believe, the quality of its governance could eclipse that of Western liberal democracies. Wang Binbin, a scholar at Sichuan University’s Marxism School, believes the day is coming when China uses technology to more successfully blend elements of the “planned economy and the market economy – combining to take advantages of the two.”

“What really matters here is actually who can make people live a better life,” he said.

The idea of placing artificial intelligence on centre stage is not fringe thinking. In 2017, China’s State Council – the country’s cabinet – published a development plan which described artificial intelligence as able to “accurately perceive, predict and offer early warning for major circumstances in infrastructure and social security.”

It’s not an impossible idea. For a mixed economy such as the one in China, it’s conceivable to envision a time when “the central power can use computational methods to make only high-level decisions,” said Yoshua Bengio, one of the world’s foremost thinkers in machine learning, a researcher who is founder of the Mila – Quebec AI Institute and a scholar at the University of Montreal.

Still, he said, “what I suspect is that economic modelling tools – even augmented with data and AI – have not yet reached the required level of sophistication.”

In China and elsewhere, technology companies have promised a brave new future of big data-backed smart cities. But those cities have tended to deliver on more modest goals, such as better road management, or perhaps new digital tools to book public spaces. Smart cities, for now, offer little more than smarter traffic lights.

What Mr. Shao envisions is far more ambitious, with tools that place artificial intelligence in the hands of leaders to produce more efficient outcomes than markets left to their own devices – or government planners putting their heads together to sort out a five-year plan. It’s hard not to think of it as a bid to edit the laws of economics.

Already, Mr. Shao says, one of Liang Zhi’s tools has allowed local governments to digitally map out the complexities of an industrial supply chain, and make better decisions about which companies will have the most transformative effect if they can be wooed to invest.

Still, there is reason to question the speed with which that can happen.

Current data science technologies can “make economic planning easier. But easier is a long way from easy,” said Avi Goldfarb, the Rotman Chair In Artificial Intelligence And Health Care at the University of Toronto.

He has seen no evidence that current artificial intelligence tools are anywhere powerful enough to, say, supercharge central planners.

Artificial intelligence tends to do a good job of filling in gaps in information. It’s much less skilled at, say, predicting the direction of an economy. Even if sufficient data were available, it’s difficult for a computer to spot unforeseen disruptions. “Someone might behave in a way that messes up your prediction,” said Prof. Goldfarb. “In which case, your predictions won’t come true.”

Although some financial institutions have begun to use machine learning for forecasts, “it’s not clear to me that there’s any real advantage to a machine-learning tool versus a classical statistics tool,” he said.

Artificial intelligence may be better used in other ways, he said, such as for tools that can largely automate the calculation of income taxes or better identify recipients for state benefits. But “that’s going to be true in Canada as well as China.”

Opinion
AI has a compute problem. There’s a Canadian approach to solving it
May 24, 2021 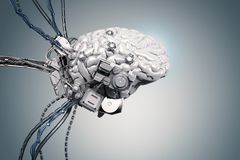 Opinion
‘Ottawa effect’ could unlock benefits of global co-operation on AI
May 23, 2021 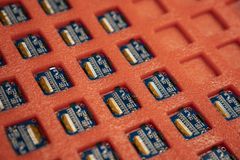 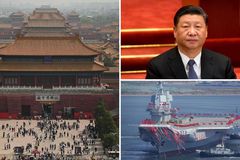