The Chinese government says Canada better fits the definition of a state committing genocide than the Xinjiang region does, with a government spokesman pointing to population growth rates – some inaccurate – that he says demonstrate China has not mistreated its Uyghur population.

Chinese Foreign Affairs Ministry spokesman Zhao Lijian also scoffed at the “ignorance” of Bob Rae, Canada’s ambassador to the United Nations, who on Sunday said “there’s no question that there’s aspects of what the Chinese are doing” in Xinjiang that “fits into the definition of genocide in the Genocide Convention.”

Mr. Rae’s comments mark the latest escalation of the Canadian government’s condemnation of Chinese policies in Xinjiang, where women have been sterilized, large numbers of people have been forced into political indoctrination camps and mosques have been demolished. Mr. Rae made the comments to CBC, saying he has called for the United Nations Human Rights Council to launch a genocide investigation in the region.

On Monday, Mr. Zhao mocked Mr. Rae for his “ridiculous” remarks, pointing to demographic statistics as evidence. In Xinjiang the Uyghur population increased 25 per cent between 2010 and 2018, he said, “18 times the rate of Canada.” That would suggest that “it is the Canadian people, rather than the Uyghurs, who are being persecuted,” he said. “The ambassador should have done his homework beforehand to avoid making a fool of himself.”

Mr. Zhao’s figures were inaccurate, however: Canada’s population grew more than 10 per cent between 2010 and 2018, according to Statistics Canada.

And Mr. Zhao’s comments did not address the dramatic changes in Hotan and Kashgar, Uyghur-majority areas of Xinjiang where birth rates fell more than 60 per cent between 2015 and 2018, as the Associated Press has reported. The Xinjiang Health Commission has publicly called for population growth rates in some areas with large Uyghur communities to be brought considerably below 2016 levels, according to research by Adrian Zenz, a U.S.-based scholar and senior fellow in China studies at the Victims of Communism Memorial Foundation.

The UN Convention on the Prevention and Punishment of the Crime of Genocide defines genocide as acts that include “imposing measures intended to prevent births within [a] group,” as well as “causing serious bodily or mental harm to members of [a] group.” 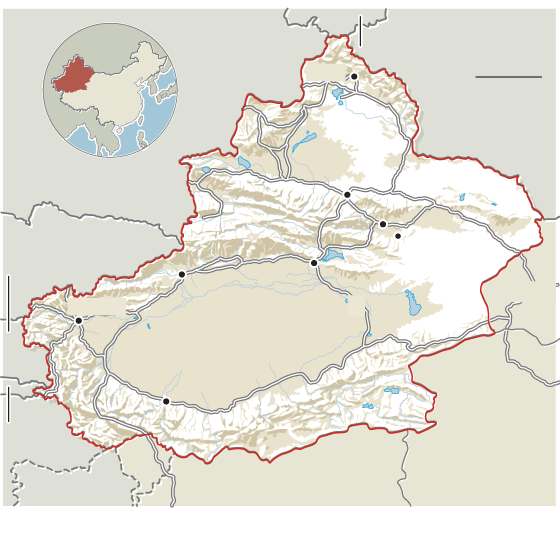 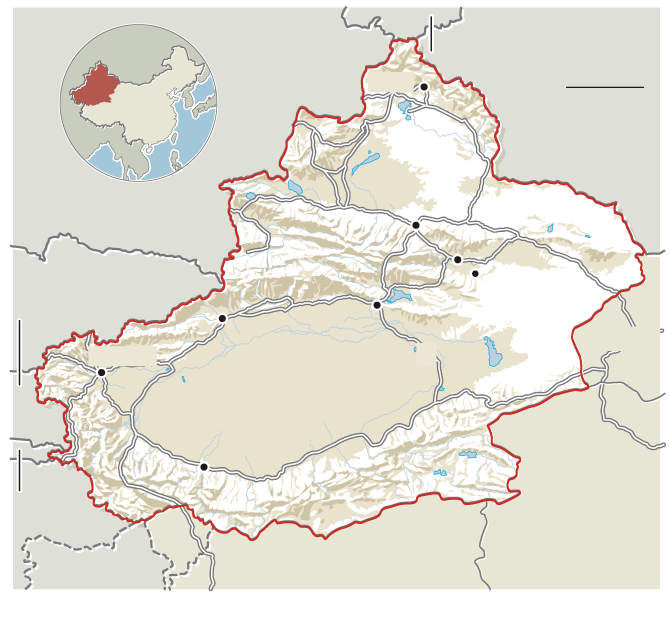 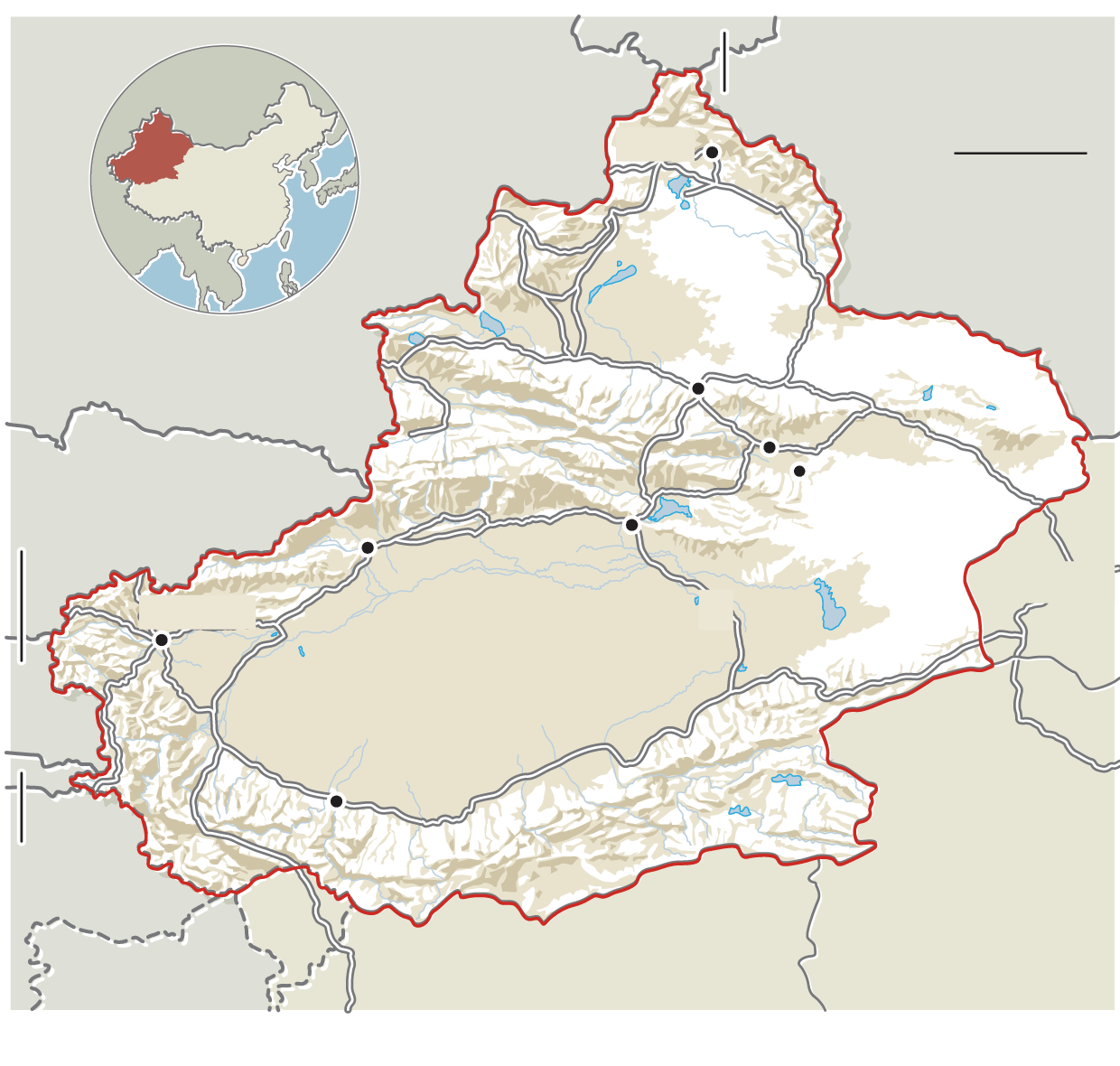 Some ethnic Muslims in Xinjiang who were detained in centres for political indoctrination and skills training have described conditions so oppressive they tried to kill themselves.

U.S. Secretary of State Mike Pompeo has said China’s actions in Xinjiang “remind us of what happened in the 1930s in Germany,” while a resolution in the U.S. Senate has said China’s campaign “against Uighurs, ethnic Kazakhs, Kyrgyz and members of other Muslim minority groups … constitutes genocide.”

Chinese authorities say they have safeguarded human rights in Xinjiang by creating stability and helping to expand the economy. Beijing has defended its use of forcible political indoctrination as a necessary redress for radical thought. More recently, it said “students” in indoctrination centres have all “graduated.”

The Chinese government said it invited a European Union delegation to observe the “real situation” in Xinjiang, but the two sides have yet to agree on terms.

Other governments, including Australia’s, have declined to use the term “genocide,” saying such a determination is for courts to make. In a statement, a spokesperson for the Foreign, Commonwealth and Development Office in Britain said: “It’s clear there are gross human rights violations being committed against the Uyghur population. We have raised our concerns directly with China and at the UN, and call on China to allow immediate and unfettered access to Xinjiang for independent observers.”

The Chinese government said it invited a European Union delegation to observe the “real situation” in Xinjiang, but that visit has not taken place because the two sides have yet to agree on terms.

Scholars say pursuing a genocide case over Xinjiang is not a matter of evidence but will.

“There is a plethora of evidence in this case, but I think the larger problem will be the political capacity of international institutions to challenge a state as powerful” as China, said Sean Roberts, an international affairs specialist at George Washington University and the author of The War on the Uyghurs: China’s Internal Campaign against a Muslim Minority.

For Ottawa to lend its voice is important, he said. But it “will take a broad coalition of different states to change Beijing’s behaviour. If this is followed by others, it will indeed be significant, especially if those other states extend beyond the U.S., EU [European Union] and the British Commonwealth.”

The international community should also consider alternatives to a genocide case, said Timothy Grose, a scholar who specializes in Xinjiang and Chinese ethnic policy at the Rose-Hulman Institute of Technology. That could include “a broad boycott of the 2022 Beijing Winter Olympics,” he said.

“It is now up to world leaders and global corporations to persuade China to halt its state violence against Uyghurs,” he said.

“A boycott would devastate revenue for the host city, Beijing, and the negative journalistic attention a boycott would attract – that would occur on a global scale – would almost certainly force leaders' hands.”