Highly contagious variants of COVID-19 have emerged in Britain, parts of Europe and South Africa, prompting a surge in infections and a wave of travel bans, including in Canada.

On Sunday, several European countries, including France, Italy and Ireland, suspended all flights to and from Britain for up to two weeks. Germany also put restrictions on travellers from Britain and South Africa while Israel banned travellers from Britain, South Africa and Denmark. Further steps could come on Monday when European Union leaders hold an emergency meeting to discuss an EU-wide response to new variants of the virus.

“There are a great many questions about this new mutation,” said Belgian Prime Minister Alexander De Croo.

Also on Sunday, Ottawa announced a 72-hour suspension of flights from Britain beginning at midnight, Eastern time, on Sunday night. The suspension does not affect cargo flights or overflights where passengers are not disembarking in Canada.

Authorities did not say Sunday night whether they believe the new variant of COVID-19 has reached Canada from Britain. However, flight-tracking websites indicate that in recent weeks there have been three to four daily flights to Canada from that country.

“While early data suggest that the United Kingdom variant may be more transmissible, to date there is no evidence that the mutations have any impact on symptom severity, antibody response or vaccine efficacy,” the Public Health Agency of Canada said in a statement. “Evidence is, however, limited at this time and more research is needed in Canada and around the world,” PHAC said.

The travel bans come a day after British Prime Minister Boris Johnson announced a lockdown in London and other parts of England in a bid to stop an alarming jump in infections that’s believed to be linked to the mutation. New lockdown measures also went into effect in Wales, Scotland and Northern Ireland.

Britain has been gripped by a fierce second wave of the pandemic and infections have started climbing despite two lockdowns and months of tight restrictions across most of the country. In London, COVID-19 infections have jumped by more than 50 per cent in the past two weeks. A novel variant accounted for 62 per cent of new cases, up from 28 per cent two weeks ago. Over all, Britain reported 35,928 cases on Sunday, the highest daily total since the pandemic began.

“The new variant is out of control and we need to bring it under control,” Health Secretary Matt Hancock told the BBC on Sunday.

The mutation first appeared in Kent outside London in September but it was confined to a small number of infections. Scientists became concerned when the total number of cases in Kent failed to fall substantially in November despite a four-week lockdown across England.

Further testing revealed that the variant had moved into London, Wales and other regions where infection rates were rising. The mutation has also appeared in Denmark, the Netherlands and Australia, according to the World Health Organization. On Sunday, health officials in Italy also confirmed a case.

Scientists in South Africa spotted a similar variant last week which they believe could be behind the country’s recent surge in cases. In some parts of South Africa, including the city of Cape Town and the surrounding Western Cape province, the second wave of COVID-19 cases has been gathering speed much faster than the first.

“The preliminary data suggests that the virus that is now dominating in the second wave is spreading faster than the first wave,” said Salim Abdool Karim, an epidemiologist who co-chairs the South African health ministry’s scientific advisory committee. “What became quite different that we did not expect is the rapid way in which this variant has become dominant in South Africa,” he added in a statement.

Scientists have always warned that the COVID-19 virus would mutate and they have spotted thousands of variations since the outbreak began late last year. The vast majority of mutations have little or no effect and often weaken the virus.

What scientists have found troubling about the British mutation, dubbed “variant under investigation 202012/01,” is that it involves 17 alterations to the virus’s genetic structure. That’s far more than other mutations and it has raised questions about whether the changes have improved the virus’s ability to attack cells.

Some of the alterations appear to make it easier for the virus’s spike protein to bind to human cells and infiltrate them. That doesn’t necessarily make the variant more harmful, scientists said, but it can increase transmission.

Mr. Johnson said the variant was up to 70 per cent more transmissible than other mutations and it increased the R number, or infection rate, by 0.4. The R number is key because any time it’s above 1, the virus is spreading exponentially.

“An increase in R of 0.4 or greater is extremely bad news,” said Paul Hunter, professor in medicine at the Norwich School of Medicine. “During the national lockdown in November, the best we could achieve was an R value of somewhere between 0.8 and 1.0 around the U.K. What this means is that even if we went back to the national lockdown it would still not be enough to bring the R value down to less than 1.0.”

Researchers in Britain and at the WHO are trying to determine whether the variant can evade vaccines, antibody treatments or testing. Britain’s COVID-19 Genomics Consortium said on Sunday that “at this point in time” there was no reason to believe that the mutations would affect vaccine efficacy. That’s partly because vaccines against COVID-19 have not been widely administered yet and the virus hasn’t adapted to them.

Robert Shorten, chair of microbiology at the Association for Clinical Biochemistry and Laboratory Medicine, said the genetic mutations could make it harder for some swab tests to detect the virus, leading to more false negatives. However, Dr. Shorten said in most cases, laboratories have been careful to ensure that the tests detect more than one gene, which would mitigate the risks of faulty tests.

Prof. Karim in South Africa said there was no evidence that the new variant was more severe or likely to resist current treatments or vaccines. But tests show that the new variant seems to cause a higher “viral load” in the human body, which could translate to a “higher efficiency of transmission,” he said.

Britain, EU tell each other to give way in trade talks
December 20, 2020 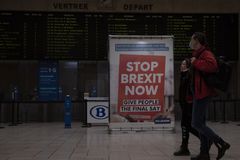 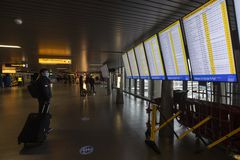 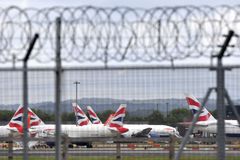 Follow Paul Waldie, Geoffrey York and Steven Chase on Twitter @PwaldieGLOBE @geoffreyyork @stevenchase
Report an error Editorial code of conduct
Due to technical reasons, we have temporarily removed commenting from our articles. We hope to have this fixed soon. Thank you for your patience. If you are looking to give feedback on our new site, please send it along to feedback@globeandmail.com. If you want to write a letter to the editor, please forward to letters@globeandmail.com.
Comments