An international conference designed to promote media freedom around the world has ended with an acknowledgment by Canada’s Foreign Minister that there isn’t much Western governments can do beyond advocacy.

“We can’t promise instant results. We can’t even promise [a positive] outcome,” Foreign Affairs Minister Chrystia Freeland said on Thursday shortly before the end of the two-day conference in London. “I want to be upfront with journalists about that … What we can pledge to do, and what we are pledging to do, is do our best to advocate for journalists around the world.”

Canada and Britain co-hosted the Global Conference for Media Freedom to address the growing threat to journalism in many parts of the world. Last year 99 journalists were killed worldwide, the deadliest year on record, and another 348 were imprisoned, according to figures compiled by the United Nations.

During the conference, Canada and Britain announced a series of measures to promote freedom of the press and to help journalists in jail. The measures included creating a Global Media Defence Fund which will be managed by UNESCO and provide legal support services for imprisoned journalists as well promote media training programs.

The fund will rely on donations from governments although, so far, only Canada and Britain have committed money. Canada has offered $1-million and Britain is contributing £3-million over the next three years. It’s not clear how the money will be spent. Canada also pledged to spend $10-million yearly toward promoting and protecting democracy around the world.

About a dozen countries have signed a Global Pledge on Media Freedom which promises that they will work together to advance the cause of press freedom. International human-rights lawyer Amal Clooney has also been appointed to lead a 16-member panel of legal experts, which will include former Canadian justice minister Irwin Cotler, to help countries develop legal protections for journalists.

Ms. Clooney said she was skeptical about the conference and whether it would have any meaningful impact. But she added that she agreed to participate in the legal group because, “I believe that this campaign is important because the international system we have in place is broken.”

She also took a shot at U.S. President Donald Trump who has labelled the media the enemy of the people. “The global decline in press freedom has been hastened by rhetoric from the leader of the world’s most powerful democracy," she said. “And it will not be reversed without strong leadership from others.”

Britain’s Foreign Secretary Jeremy Hunt said delegations from more than 100 countries participated in the conference, but there was little sign of representatives from countries such as Saudi Arabia, Turkey, Russia, China or the Philippines, which have been rated among the worst countries for media freedom. Some countries with weak track records did send officials, including government ministers from Malta and Pakistan, and they faced criticism from several human-rights organizations.

U.S. Secretary of State Mike Pompeo was invited but could not attend the conference. The United States was represented by an official from the State Department.

“There’s work for all of us to do,” Ms. Freeland said. She noted that Canada ranks 18th on a press freedom index developed by Reporters Without Borders, behind countries such as Jamaica and Costa Rica. “This is not meant to be a group of angels," she added referring to some of those who attended the meeting. "I’m actually quite happy to have people who don’t believe in media freedom be here to listen to us and have an opportunity to hear why we think it’s important.”

Britain’s Mr. Hunt also faced questions during the meeting about Julian Assange, the WikiLeaks founder who is being held in Britain pending extradition to the United States where he is wanted on charges relating to WikiLeaks’s publication of thousands of military files in 2010. Mr. Hunt has said Mr. Assange must face justice for his actions. 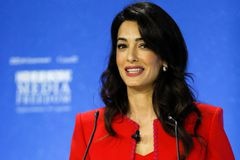 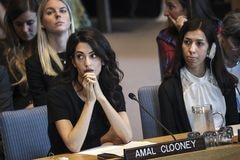