The federal government, using military aircraft and couriers, has shipped thousands of COVID-19 vaccine doses to 134 of Canada’s diplomatic missions to ensure the mass vaccination of its foreign-based staff and their families in countries where vaccines are scarce.

The government says it has a legal obligation, known as a “duty of care,” to ensure that its overseas staff have reasonable access to health care, including vaccines. Health activists in low-income countries, however, are worried that the shipments are helping promote a covert two-tier system of vaccine access in lower-income countries.

While 69 per cent of Canadians have received at least one vaccine dose so far, less than 3 per cent of Africans have been vaccinated. Some of the world’s poorest countries have immunized only 1 per cent of their people, even as the Delta variant is triggering a massive surge of cases in many of these countries.

Global Affairs Canada says it has shipped vaccines to about 75 per cent of its embassies and other missions abroad, giving priority to those in countries where Canadian-approved vaccines are inaccessible or where vaccination has been slower than in Canada.

Canada’s pandemic plan ought to make the next pandemic nonexistent

The shipments have allowed these missions to have a vaccination rate “roughly in line with Canada’s domestic rollout,” according to Patricia Skinner, a spokesperson for Global Affairs.

The Canadian Armed Forces were involved in transporting and administering vaccines for some diplomatic missions, including hardship postings, the department says. “Depending on the location and length of transport time, Global Affairs Canada has also delivered vaccines using private shipping companies and in-house couriers,” said John Babcock, another spokesperson for the department.

“Priority of the distribution focused on regions without vaccination plans or where approved Health Canada vaccines were not readily accessible and available within timelines that approximated those in Canada,” he said in an e-mailed reply to questions from The Globe and Mail.

Canada is not the only high-income country to be vaccinating its overseas staff, although there is little public information about the practice.

In South Africa, for example, the French embassy has confirmed that it is offering vaccines to all of its diplomatic staff and other French citizens who are 55 or older. The Johnson & Johnson vaccines were supplied by French President Emmanuel Macron, who brought 2,000 doses with him when he visited South Africa in May.

Health activists say the wealthy countries are creating a parallel distribution system, ensuring their staff have full access to vaccines in lower-income countries where local people have little or no access.

“This is vaccine apartheid, and this is shameful,” said Fatima Hassan, a human-rights lawyer and founder of Health Justice Initiative, a South African group.

“It’s such a double standard. The fact that Canada had to do it for 134 missions means that it recognizes there’s a problem in 134 parts of the world where there isn’t sufficient access to vaccine supplies.”

Canada seems to be bypassing the requirements of foreign governments for regulatory approval and data sharing, Ms. Hassan said. “There’s a parallel vaccine program going on in our country, and nobody has any details of it. How many embassies, when did they administer, what did they administer, to how many people? You can’t have these secret VIP vaccinations that are not included in our dashboards.”

Global Affairs officials, asked whether Canada obtained the approval of local health regulators for its exported vaccines, said only that the vaccines were approved by the World Health Organization.

The federal government has pledged to help lower-income countries by providing $545-million to the non-profit COVAX program, which supplies vaccines primarily to lower-income countries. COVAX, however, has been severely constrained by a global vaccine shortage. Compared with its official targets, its deliveries were 250 million doses behind schedule by the end of last month.

Canada has also pledged to share its doses by providing 13 million of them to COVAX. But rather than sharing its existing supply, it simply agreed to forgo its planned future purchase of 13 million doses from COVAX.

Lower-income countries have criticized Canada for its lack of support for a proposed temporary waiver on COVID-19 vaccines, which would allow low-cost manufacturing to be expanded. Canada has also faced criticism for ordering far more vaccines than it needs for its own population.

“It’s remarkable that all these G7 leaders can talk about global solidarity and donations, while they’re doing this. We’re waiting for vaccines, and they just send them to their own people.”

Strive Masiyiwa, a Zimbabwean telecommunications billionaire who headed the African Union’s vaccine procurement team, said last month that African countries were “led down the garden path” last year because they were told that COVAX would provide their vaccine needs even as wealthy countries were snapping up the available vaccine supply. 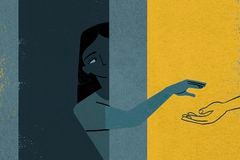 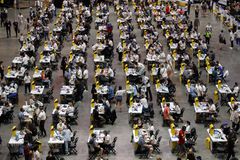 Opinion
Universities have a once-in-a-century chance to reset. What should they look like post-COVID?
July 2, 2021 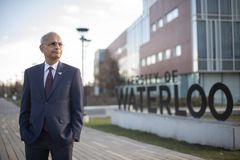