The mysterious death of a famed gospel singer in Rwandan police custody has sparked fresh questions from U.S. and British diplomats and international human-rights groups, intensifying the pressure on Commonwealth leaders to take action before their planned summit in Rwanda this year.

Kizito Mihigo, a hugely popular musician and peace activist who helped compose Rwanda’s national anthem but was later banned from state media for questioning the official narrative of the 1994 genocide, was buried on Saturday in Kigali in a tightly controlled ceremony with security agents reportedly in attendance.

Mr. Mihigo, who was arrested while allegedly trying to flee the country on Feb. 13, died in a Rwandan police station last Monday. Police said he strangled himself with bed sheets from the cell, but opposition groups have accused the police of torturing and killing him.

Human Rights Watch said the musician had recently told its researchers that he wanted to flee Rwanda because he feared for his safety after he was ordered to give false testimony against the government’s opponents. He had been beaten and forced to confess to crimes after an earlier arrest, it said.

“His death adds to the list of disappearances, murders and suspicious deaths of perceived critics and opponents of the Rwandan government, and the authorities’ failure to deliver justice in these cases sends a deliberately chilling message,” Human Rights Watch said in a statement.

“Ahead of the Commonwealth meeting, its members should demand accountability for Mihigo’s death,” it said. “They should speak out strongly and in public, including in Kigali, if Rwanda continues to undercut the Commonwealth’s values.”

Democracy, governance and the rule of law are scheduled to be official themes of the Commonwealth summit on June 26-27, the group noted.

While other governments have demanded full investigations into Mr. Mihigo’s death, Canada has been relatively slow to respond. In response to queries from The Globe and Mail, a spokesperson for Global Affairs Canada said on Sunday night that Canada will "await a thorough and transparent investigation by the relevant authorities.” The spokesperson, Angela Savard, said the Commonwealth summit in Kigali will “provide one more opportunity” for Canada to promote “inclusive and accountable governance and respect for human rights.”

Prime Minister Justin Trudeau, who is expected to attend the Commonwealth heads of government summit in Kigali, has held several meetings with Rwandan President Paul Kagame in recent years, most recently last month. At that meeting, according to Mr. Trudeau’s office, the two leaders discussed priorities for the Commonwealth summit.

Senior officials in other countries have been more vocal about the death of the 38-year-old singer. Tibor Nagy, the U.S. Assistant Secretary of State for African Affairs, said he was concerned that the death had been attributed to suicide “before an inquiry or autopsy was initiated by Rwandan authorities.”

Mr. Nagy said on Twitter that there should be a full investigation of the “circumstances” of Mr. Mihigo’s death.

Harriet Mathews, the Africa Director at the British Foreign Office, said she was “concerned and saddened” at the death of the musician. “We await prompt, independent and transparent investigation into the circumstances of his death by the Rwandan authorities,” she tweeted last week.

The former Canadian governor-general and former secretary-general of La Francophonie, Michaëlle Jean, posted a tweet on Sunday supporting the calls for a full investigation of Mr. Mihigo’s death.

Despite the calls from diplomats, the Rwandan government has disclosed nothing about any investigation or autopsy so far.

Mr. Mihigo, a genocide survivor who sang about peace and reconciliation, was often featured at state functions until he was banned in 2014 for a song in which he mourned the victims of revenge killings – a reference to those who were killed by Mr. Kagame’s army after the genocide and are routinely excluded from genocide memorials.

In 2014, Mr. Mihigo was arrested and imprisoned for four years on charges of plotting to harm Mr. Kagame and other leaders. He was freed in 2018 when more than 2,000 prisoners were released in an amnesty. Since then, he has emerged as a hero to the Rwandan opposition.

Hundreds of mourners from the Rwandan diaspora held a memorial for the musician in Brussels on Saturday.

Opposition groups are urging Commonwealth leaders to boycott the Commonwealth summit in Rwanda in protest at human-rights abuses – as then- prime minister Stephen Harper did in 2013 when the summit was held in Sri Lanka. An online petition, calling for a boycott, had gained nearly 4,000 names by Sunday.

Richard Bourne, former director of the Commonwealth Human Rights Initiative, has questioned why Canada and other Commonwealth countries failed to stop Rwanda from hosting the summit. The country has violated the Commonwealth’s commitments to democracy, human rights and freedom of expression, he said.

“There is well-attested evidence of harassment of government opponents,” he said in a commentary published before Mr. Mihigo’s death. “There is ample evidence of the regime’s use of targeted assassinations against its enemies.” 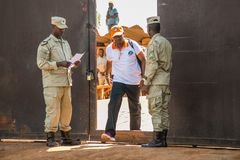 Opinion
Let’s remember the work of our peacekeepers in Rwanda
November 7, 2019 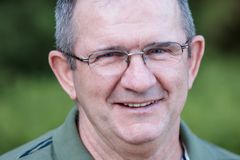 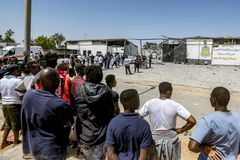