In the field of destruction that is the port of Beirut, the remains of the country’s battered grain silo stand as a haunting monument to the damage done by the Aug. 4 explosion – and the size of the country’s challenges after the disaster.

Lebanon, mired in a deep economic crisis, faced the likelihood of food shortages even before the blast, and lost 15,000 tonnes of grain when the silo was destroyed. Eighty-five per cent of Lebanon’s food supply enters the country via the port, which was knocked out of use for two weeks by the explosion.

A well-timed influx of Canadian aid could soon help grain supplies start flowing into Lebanon again. But in an effort to ensure that the money doesn’t disappear into the notoriously corrupt Lebanese state, Canada, like other Western donors, is steering clear of government agencies.

Canada has promised $30-million in emergency assistance to help Lebanon recover from the port explosion, which killed at least 180 people and devastated entire neighbourhoods of Beirut. The blast was caused by a fire that ignited almost 3,000 tonnes of ammonium nitrate that had been left unattended in a warehouse for almost six years.

But so far, none of the $10.5-million of the Canadian aid that has been earmarked for specific projects has touched any arm of the Lebanese state. In an interview, International Development Minister Karina Gould said the absence of contact with the Hezbollah-backed government was “completely intentional.”

“We have joined our voice with many others in the international community in calling for deep economic and political reform in the Lebanese government,” Ms. Gould said. “One of the things that we have learned is that in many cases it’s more efficient to work via international NGOs [non-governmental organizations].”

On Wednesday, clean-up crews made it possible for ships to dock again in Beirut. But that only turned the focus to the next problem: how to get supplies off the boats quickly, and onwards to where they need to go, when the cranes and other logistical equipment are also damaged.

That’s where $5-million in newly targeted Canadian aid is aimed. Malak Jaafar, a spokeswoman for the World Food Programme, told The Globe and Mail the money will be used to bring in mobile pneumatic unloaders that can suck the grain off the ships and pour it into temporary storage units that are already in place at the port.

“It’s a missing piece of the puzzle [and] this is where the Canadian support would come in,” Ms. Jaafar said. “We’re in discussion with all the sides now to make sure that whatever we do actually fills the gap, so that we can guarantee the port is operational again, and food comes into the country again.”

The fact that the silo – which has a capacity of 120,000 tonnes – contained only 15,000 tonnes of grain on Aug. 4 is a sign of how deep Lebanon’s economic crisis already was. With Lebanon’s banking system in collapse, the country lacks the U.S. dollars to pay for new imports.

The explosion also damaged two ships that were offloading grain when a port warehouse suddenly erupted. A local flour mill was also hit by the blast wave.

Food prices soared by 245 per cent in the 12 months before the blast, and grocery stores were sometimes forced to change their prices several times a day to keep up with the falling value of Lebanon’s currency.

“Knowing that Lebanon was already facing significant economic challenges and food security challenges, this just made it even more necessary to support that work,” Ms. Gould said. “Over the long term, food storage is going to be really important.”

An investigation into the cause of the catastrophe has quickly focused on official corruption and negligence, leading to arrests at the country’s port authority and customs office. Many Lebanese blame figures higher up in the government, including President Michel Aoun, who received a July 20 letter warning him about the danger posed by the ammonium nitrate.

Alain Aoun, an MP and the nephew of the President, told The Globe the international community’s efforts to avoid giving aid to the government were “a bit exaggerated.”

“The idea is good, and some government institutions are indefensible, but you need a central body to co-ordinate things,” he said in an interview at his Beirut office.

Mohamad Fakih, the Beirut-born founder of Mississauga-based Paramount Fine Foods, was back in the city this week to see the damage first-hand. He said foreign donors like Canada are right to work with non-governmental organizations and the Lebanese people themselves, rather than a government that has proven itself incapable of managing the country.

“We should do a hands-on approach, divide the affected areas into zones A, B and C, with each [donor] country responsible for a certain sector and repairing it,” he said in an interview in the ruined Gemmayzeh neighbourhood of the city, where volunteers and NGOs have done most of the repair work and the government is astonishingly absent. “You’ve got to not include the [Lebanese] government. They had their opportunity to fix this, they had their opportunity to do better.” 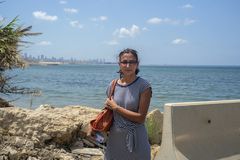 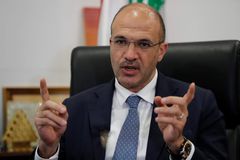 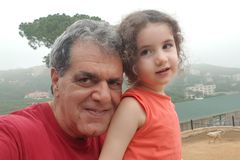