Christine Whitecross, the three-star lieutenant-general who is Canada’s top-ranking female military officer, doesn’t want to be remembered mainly as a lifelong champion of women’s equality in the armed forces. But there is little doubt she did more than anyone to break the glass ceiling for her female colleagues.

Lt.-Gen. Whitecross, commandant of the NATO Defence College (NDC) in Rome, leaves the college on July 18 and goes into retirement in Canada, where she inspired a small army of young women to join the military and rise through the ranks in the hope, as she put it, “that many more talented women would follow close behind.”

The 57-year-old has led the NDC since 2016, an appointment that partly reflected NATO’s diversity drive. It also acknowledged a distinguished career in Canada and abroad, which landed her twice, in 2011 and 2016, on the list of Canada’s Top 100 Most Powerful Women, published by the Women’s Executive Network.

“While she hates being portrayed as a model for women in the forces, she is also smart enough to know that her success will inspire others to aspire,” said Alexandra Bugailiskis, Canada’s ambassador to Italy. “She has been very generous in sharing her experience and won’t be going to Madame Albright’s ‘special place’ ” – a reference to the former U.S. secretary of state’s memorable saying, at a 2016 presidential campaign rally for Hillary Clinton: “There’s a special place in hell for women who don’t help other women.”

Championing gender equality has been one of the main themes in the past two decades of Lt.-Gen. Whitecross’s career. In 2015 she was appointed commander of the Canadian Forces Strategic Response Team on Sexual Misconduct. In 2016, shortly before she left for Rome, her first report identified 148 cases of harmful or inappropriate sexual behaviour within the Canadian military. The allegations led to criminal charges against seven soldiers, with another 30 receiving disciplinary warnings.

She will not say the Canadian military is finally rid of sexism or inappropriate sexual behaviour, but she thinks great strides have been taken in recent years to make it less of a boys’ club and less discriminatory. The Canadian Forces’ goal is 25-per-cent female representation across the board, a fairly big jump from the current level of 17 per cent, but not out of reach. Twenty years ago, Canada had only two female generals; today there are more than a dozen.

She hasn’t had a lot of fun winding down her career. In early March, the pandemic embraced Italy with deadly efficiency and pushed the country into tight lockdown. She surrendered to the Italian quarantine decree, shipped her husband, Ian, who has heart problems, back to Canada and retreated to her suburban Roman house.

Suddenly living on her own, she admits she found the loneliness “brutal” as she tried to figure out how to keep the NDC open in some way.

Another emotional jolt came in late April, when six Canadians died in an RCAF CH-148 Cyclone helicopter crash in the Ionian Sea, off Greece. On May 6, she attended a “ramp” ceremony at an Italian Navy base in Southern Italy, where the coffin containing the body of one of the six, Sub-Lieutenant Abbigail Cowbrough, a marine systems engineer, was loaded onto a Canada-bound transport plane. “I cried,” Lt.-Gen. Whitecross says.

Known as “Chris” to her friends, she has a reputation for being hard as nails. But she teared up a couple of times during an hour-long interview with The Globe and Mail in her NDC office on June 18.

She is leaving Rome, the NDC and her military career on a high note – a scenario that didn’t seem possible until a few weeks ago, when the Italian coronavirus infection and death rates fell to the point the lockdown could be lifted. Using distance learning, she managed to keep the college fully operational during that period, even if the building was largely vacant.

The achievement means the NDC, which was founded in 1951 by Dwight Eisenhower, then the Supreme Allied Commander in Europe, will not have missed a graduation in almost seven decades. About 70 students will receive their certificates at a ceremony on July 16, after which the RCAF engineer will hang up her highly decorated uniform and head to the family home on the Bonnechere River, northwest of Ottawa, to ease into a non-military role that will probably see a lot of charity work. “There is no job for me in Ottawa,” she says. “It’s time. I’ve spent 38 years in the military and I’m happy with what I have done and have no regrets.”

She was the third Canadian and first woman to lead the NDC, which functions as NATO’s education and research centre for security issues.

A graduate of Queen’s University and the Royal Military College, she joined the Canadian Forces in 1982 as a construction engineer and rose quickly through the ranks. Her postings included executive assistant to the chief of air staff at National Defence Headquarters, chief military engineer at the headquarters and commander of Military Personnel Command.

Her overseas assignments were more action-packed. She was in charge of engineers’ service support for the United Nations Protection Force in Bosnia during the Yugoslavian civil war in 1995 and 1996 and deputy chief of staff for strategic communications in 2010 and 2011 for the NATO-led mission in Afghanistan, where she worked under U.S. General David Petraeus, commander of the mission.

She loved her Afghanistan stint. “I learned some really terrific lessons, some of them from Gen. Petraeus himself,” she says. “He was a tremendous strategic communicator who knew about target audience communications, about getting the message out. It was a pivotal moment for me in understanding how important media and public affairs is.”

There’s another reason why Afghanistan appealed to her: her love of children. Over the years she and her husband, who have four kids of their own, have fostered 33 children. At points they had four babies or toddlers under their roof at the same time. When she was in Afghanistan, she raised money in Canada to provide books, desks, benches and writing materials to two poorly equipped schools, where some of the kids sat on bare concrete floors. She also worked with local women’s empowerment organizations. “These projects gave me a really tremendous sense of satisfaction,” she says.

Would she recommend the Canadian Forces to young women? “Yes,” she says. “It’s a tremendous career, and the opportunity for women is now immense. There are occupations that reflect every aspect of society. I am not going to paint a rosy picture yet – there is still a lot more we can do. But we are a lot more integrated now than we have ever been. We’ve made a quantum leap in the last decade.”

Although she is modest, there is no doubt she helped deliver that quantum leap. “I am a firm believer in humility, but I am absolutely delighted that I probably had something to do with women’s progress in the military.” 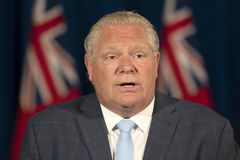 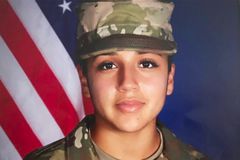 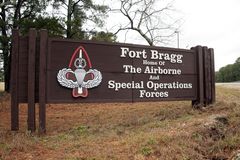