Donor countries, including Canada, need to rethink their aid programs as Syrians start to return home and their needs change, says a Canadian humanitarian who has been working on the forefront of the crisis in Syria.

Although more than 6.2 million Syrians remain displaced by the conflict, some are starting to return to their home country, only to find their communities flattened by eight years of conflict.

Marwa Awad, who recently wrapped up a three-year posting as a spokeswoman and communications officer for the World Food Programme (WFP) in Syria, says the international community must move beyond its focus on emergency assistance to fund longer-term programs that support the rehabilitation of Syrians’ lives.

Ms. Awad sat down with The Globe and Mail to recount her work with the United Nations food relief agency in Syria, to discuss what the future holds for the country and to suggest how Canada can help Syrians get back on their feet.

Where is the WFP based in Syria?

The entire UN body is based in Damascus where it is under government control. It is the safest location for humanitarians to work. Even the ICRC (International Committee of the Red Cross) is based in Damascus. From Damascus, we move out. We spread across the country in the form of missions. By missions, I mean we go to visit areas where we know there is a dire need and we assess the conditions of people, then we advocate for access. Up until 2018, a lot of the access to areas that were hard to reach has been through what we call convoys, so a series of trucks. They come together and we align them and we take care of the logistics on behalf of the entire UN. Then, we access those areas and we deliver. This access has been crucial in saving lives.

You were part of a convoy in Douma, eastern Ghouta, during a fragile ceasefire in March of 2018. What was that like?

While we were on the inside, the bombardment started again. I was filming a group of Syrian men offloading the bags of wheat, flour and rice that we were providing and I remember very well it started off being a hopeful note … When the bombardment became closer and more audible, people got really nervous and that kind of joyous moment quickly dissipated and there was panic. And as they were hurling the bags of wheat, an air strike happened. It was 100 metres away from where I was and everything stopped for a minute. Thankfully, no one was hurt but then afterward, when people started coming out, I saw this child and he had a blank stare on his face. He looked like he was clearly traumatized and I asked him, “Are you okay?” and he wouldn’t respond to me. He was just in a daze and a man came up to me and he said, “You see now what we go through every day.”

Some Syrians are starting to return to their home country as the conflict subsides. What are they coming back to?

They’re returning to rubble basically. Approximately 80 per cent of the country is decimated, like literally on the ground … People in Syria want the world to know that, yes, they’ve returned and, yes, most of the country is no longer under active conflict, but now what? They need help to continue to be resilient. That helps to rebuild their lives and I mean that in the literal sense of rebuilding, but also in the figurative sense, to know that the world hasn’t forgotten them.

How can Canada help with the changing needs in Syria?

Livelihoods are the future for Syria and, by livelihoods, I mean WFP projects that enable Syrians to generate an income … We want donors to come on board in this program. Our livelihoods program comes in two tracks. We provide for the first six months a box of food, which is the emergency assistance, and then we also provide the seeds for the right season and the irrigation equipment ... So that’s where Canada, and other key donors, can go. [They must] realize we are in the early recovery stage right now and people want to rebuild their lives by means that are more than just emergency assistance.

The war is not entirely over yet. Syrian President Bashar al-Assad’s forces have launched an offensive in the northwestern province of Idlib in an attempt to win back the last major rebel stronghold. How does WFP get food into Idlib amid the violence?

No one can access Idlib from inside Syria. All access is through the northern border with Turkey ... We have this transportation hub where trucks from the Syrian side – so from our partners who we’ve contracted on the ground in Idlib – they come out and they park. And then our trucks from Turkey, laden with food and humanitarian aid, come and they meet in the hub. And they offload from the Turkish trucks onto the Syrian trucks.

What did you take away from your three years in Syria?

A lot of the things I kept running into and experiencing have to do with my position as a UN official in Syria, which offers you a lot of access, at least from a humanitarian perspective, to see places where it’s not easy to get to. And when you see those places and you come in close contact with these people, you’re able to tell their story. I would very much like to be able to provide a clear picture of the people that I’ve met so that average Canadians or whoever is listening or watching or reading can then be moved to help. Because there’s so much potential in Syria, even though it’s an ongoing crisis.

Do you have hope for the future of Syria?

Tremendous hope. I am sure that there is enough goodwill on an individual level and worldwide to support such a great country as Syria.

Canadian ‘so grateful’ to be back in B.C. after eight-month detention in Syria
Subscriber content
August 10, 2019 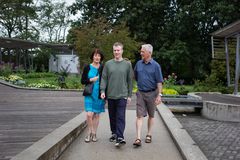 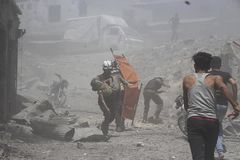 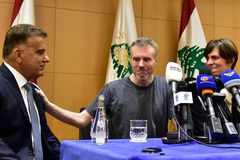