A Canadian lobbying firm has signed a US$6-million deal to seek government funds and diplomatic recognition for a notorious Sudanese military leader whose forces have been accused of massacring protesters in Khartoum, U.S. documents show.

Dickens & Madson (Canada) Inc., a firm based in Montreal, is promising to polish the image of Sudan’s military council, which seized power in a coup in April, The Globe and Mail has learned.

“We shall use our best efforts to ensure favourable international as well as Sudanese media coverage for you,” the lobbying contract says.

The Sudanese regime is also paying the company to find equipment for its security forces, search for oil investors, seek a meeting with U.S. President Donald Trump and improve relations with Russia and Saudi Arabia, the documents show.

The firm’s contract with Sudan was signed by Mr. Ben-Menashe and General Mohamed Hamdan Dagalo, known as Hemedti, the deputy leader of Sudan’s military council. He is the commander of the Rapid Support Forces (RSF), a paramilitary group formerly known as the Janjaweed when it allegedly committed atrocities and massacres against rebels in the Darfur region.

Armed members of the RSF were the leaders of a brutal attack on pro-democracy protesters on June 3, killing more than 100 people and destroying their main protest camp, according to human-rights groups and independent media in Khartoum.

“They are now deployed in large numbers in Khartoum and other towns, using violence against protesters,” Human Rights Watch said in a report Thursday.

Because the RSF leader is also the deputy head of the military council, the RSF “is more powerful than ever before, with little reason to fear being held to account for violations and crimes against civilians,” Human Rights Watch said.

The lobbying contract with the Montreal firm was signed by Gen. Dagalo on May 7, according to documents filed with the U.S. government under the Foreign Agents Registration Act, which requires companies that lobby the U.S. government on behalf of foreign entities to disclose their relationship with those entities.

The Globe phoned the company’s office in Montreal to seek comment on the Sudan contract, but was told that Mr. Ben-Menashe was travelling and could not be reached.

The contract, filed with the U.S. government, shows the firm is being paid to lobby the executive and legislative branches of the governments of the United States, Russia and Saudi Arabia, along with the United Nations, the African Union and possibly other countries and organizations.

The lobbying will seek “to assist the devising and execution of policies for the beneficial development of your political aims,” according to the firm’s contract with the Sudanese military council.

The goal is to “assure that you attain recognition as the legitimate transitionary leadership of the Republic of the Sudan and create a supervisory role for your council,” the contract says.

In addition to seeking military equipment and a meeting with Mr. Trump, the firm says it will “strive to arrange private meetings for you with senior Russian and other political figures,” adding that it will “undertake to obtain financing for you from the United States, the Russian Federation and other countries.”

The firm is facing an uphill battle in trying to persuade Washington to support the Sudanese regime. The United States has continued to suspend its relations with Sudan, and has blamed the RSF for the “brutal violence” against the pro-democracy protesters. In testimony to a congressional committee this week, U.S. deputy assistant secretary of state Makila James denounced the “reprehensible attacks” on June 3. She said they were “led by the Rapid Support Forces” and she called for the RSF to be withdrawn from Khartoum.

Mr. Ben-Menashe played a role in a scandal in 2011 that led to the resignation of Arthur Porter, the head of Canada’s spy watchdog, the Security Intelligence Review Committee. According to media reports at the time, Mr. Ben-Menashe signed a commercial agreement with Dr. Porter to seek US$120-million in funds from Russia for the development of bridges, dams, ferries and other infrastructure in Sierra Leone, where Dr. Porter was born. Dr. Porter, a physician who became the chief executive of the McGill University Health Centre (MUHC) in 2004, resigned from the committee in 2011 after the reports emerged.

He was arrested in Panama on fraud charges in 2013 in connection with a kickback scheme involving engineering giant SNC-Lavalin, which allegedly paid him and another top MUHC manager millions in bribes in exchange for information that might help SNC win the bid to build the health centre’s new hospital. He died in 2015 while awaiting extradition from Panama. 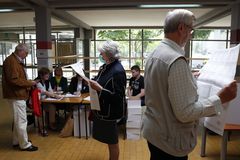 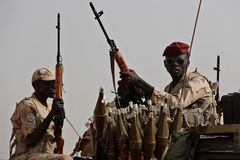 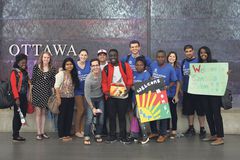