A Canadian lobbyist’s contract with Tunisia’s jailed presidential candidate is causing a stir in an already volatile election and has triggered denials from the candidate himself that the agreement even exists.

Ari Ben-Menashe of Montreal’s Dickens & Madson (Canada) Inc., says the US$1-million contract is valid and that he has already received partial payment. The contract is to obtain U.S. and Russian support for the candidacy of Nabil Karoui, the Tunisian media mogul and populist politician who was runner-up in the first round of the presidential elections on Sept. 15, even though he has been in jail since late August.

Some polls suggest he could win the second round on Sunday, although his rivals say Mr. Karoui should be disqualified if the contract is found to constitute foreign election funding or support, which is illegal under Tunisian law. Tunisia has held free elections since emerging as the only successful Arab Spring democracy in 2011.

Mr. Ben-Menashe, 67, was born in Iran and is a former Israeli intelligence officer. He has been a paid lobbyist for warlords and dictators, including Zimbabwean autocrat Robert Mugabe, the eastern Libyan militia commander Khalifa Haftar and the military regime that seized power in Sudan this year.

In July, after The Globe and Mail disclosed that Mr. Ben-Menashe’s lobbying firm had signed a US$6-million contract with Sudan’s military leaders, the federal government asked the RCMP to investigate whether his company had violated Canadian sanctions on Sudan.

As the Oct. 13 final round of the election approaches, Mr. Karoui and his representatives have put out forceful denials of any lobbying deal with Mr. Ben-Menashe. They say news of the contract is part of a covert campaign to smear Mr. Karoui’s reputation as his popularity rises. Mr. Karoui, 56, who owns Tunisia’s Nessma commercial broadcaster, was arrested on tax-evasion and money-laundering charges on Aug. 23, and has campaigned from jail.

But Mr. Ben-Menashe says the contract, which was revealed late last week, is legitimate. It is a public document, registered on Aug. 26 with the U.S. Justice Department under the Foreign Agents Registration Act (FARA). In an interview on Tuesday, Mr. Ben-Menashe said the FARA registration was necessary because the contract required him to lobby U.S. officials on behalf of Mr. Karoui “to get him accepted in the United States” and possibly a meeting with President Donald Trump, should Mr. Karoui be elected.

The four-page contract, dated Sept. 26, says Dickens & Madson had received US$250,000 of the US$1-million fee. In the phone interview, Mr. Ben-Menashe said US$150,000 of that amount came via Mr. Karoui’s wife, Salwa, from a Dubai account. The rest was from a “middleman,” who Mr. Ben-Menashe described as an Algerian former executive who lives in Montreal and claimed to know Mr. Karoui.

The contact was not signed by Mr. Karoui. It carries the signature of Mohamed Bouderbala, who Mr. Ben-Menashe described as a “representative” of his lawyer, Mohamed Zaanouni. Mr. Ben-Menashe said he did not meet Mr. Bouderbala, and efforts by The Globe and Mail to determine his identity or whereabouts were not successful. Tunisian diplomats, journalists and others contacted by The Globe said they had never heard of him.

Mr. Ben-Menashe said he met Mr. Karoui and his brother Ghazi in Tunis on Aug. 18. The next day, he said, he and his assistant had dinner at the Karoui residence, where they met Mr. Karoui’s wife, his brother and his lawyer. In a note to The Globe, Mr. Ben-Menashe said: “During that evening, Mr. Nabil Karoui was very emotional due to the upcoming anniversary of his son’s death [in a car crash]. He wanted to turn Tunis into a peace centre. He wanted to hire us, not for the election only, but for us to bring the Libyan warring parties together in Tunis with the supervision of [Russian] President [Vladimir] Putin. He believed it was his calling.”

Four days later, Mr. Karoui was arrested. His assets have been frozen, according to reports in the Tunisian media. But his political party, Heart of Tunisia, appears to be intact. He won 15.5 per cent in the first election round, putting him second to law professor Kais Saied, the conservative candidate.

When media reports about the contract surfaced last week, Tunisian Prime Minister Youssef Chahed, who was a presidential candidate in the first voting round, went on TV to call the deal with Mr. Ben-Menashe “dangerous.” He warned it might constitute “suspicious [sources of] funding abroad.”

Another political opponent, the Democratic Current party, filed a complaint with the public prosecutor.

But Mr. Karoui was quick to deny any involvement with Mr. Ben-Menashe. In a statement on Oct. 4, Heart of Tunisia said: “There is no connection, whether close or in law, between Nabil Karoui … and the signatories of the contract and the content. This story is part of strong smear campaigns run against Nabil Karoui over several years that have crossed all red lines.”

Mr. Ben-Menashe said he considers the contract valid and that he received a payment on it only last week. “I don’t care what anyone says,” he said. “The contract was signed and registered with FARA and payments were made.”

He said he believes media reports on the contract and its high value agitated Mr. Karoui, especially since he is accused of money laundering. “They got freaked out,” he said. 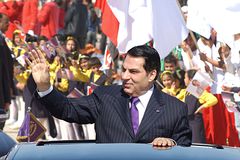 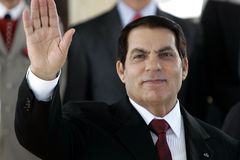 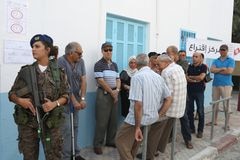