On the streets of Khartoum, the tan-coloured military vehicles are easy to spot: armoured personnel carriers, built by a Canadian-owned company, deployed in key locations around the city in support of the regime that seized power in a military coup this year.

The machines, with machine guns mounted on top, do not have any external markings. But experts have helped The Globe and Mail identify them as Cougar armoured vehicles, manufactured by Streit Group, a company owned by Canadian businessman Guerman Goutorov.

The vehicles are part of a growing debate in Sudan: the role of foreign companies, including Canadian manufacturers, in providing support for the latest military regime and, before it, the authoritarian government that ruled Sudan for 30 years. The massacre of more than 100 pro-democracy protesters by Sudan’s security agencies in June has made the issue even more urgent, critics say.

Linked to this is a separate debate: What can countries such as Canada do to regulate its companies when they provide military-related assistance to repressive regimes, especially those subject to sanctions? New Canadian regulations to crack down on arms brokering are being introduced this year, but it remains unclear if they will make any real difference on the ground.

The federal government has called for democracy in Sudan, demanded a transition to civilian rule and criticized the military regime for its violence against protesters.

But a Sudanese pro-democracy leader, Amjad Farid, says he detects a whiff of hypocrisy in official pronouncements from Canada and other Western governments. As long as their private businesses are providing valuable support for Sudan’s military regime, their government statements are mere rhetoric, he says.

Two Canadian-owned companies – Streit and lobbying firm Dickens & Madson – have had a high-profile role in Sudan this year. The lobbyist has provided strategic and diplomatic advice to the military rulers, promising to help obtain funds and equipment for their armed forces, while Streit is the manufacturer of a number of the armoured vehicles the regime has used to maintain its grip on power.

For the pro-democracy protesters, this foreign-business partnership with Sudan’s military regime has fuelled their mistrust of Western governments and their cynicism about the official statements of support.

“The international community has more than one face,” said Mr. Farid, spokesman for the Sudanese Professionals Association, one of the main organizers of the mass street protests that have persisted in Sudan since last December.

“They’re not sincere when they say that they oppose tyranny,” he told The Globe in an interview earlier this month in Khartoum.

He questioned the military regime’s decision to spend US$6-million on a contract with the Canadian lobbying company.

Canada has federal regulations in place to enforce United Nations sanctions against Sudan, including an arms embargo that prohibits the sale of most types of “military and paramilitary equipment.” But there are ways for Canadian companies to avoid the impact of those rules, analysts say.

Last week, the federal government asked the RCMP to investigate Dickens & Madson for possible violations of the sanctions on Sudan. The company’s president, Ari Ben-Menashe, has denied any.

Streit, meanwhile, could run afoul of new federal regulations on Canadian “arms brokers” who sell weapons to countries under sanctions. But it is unclear if those regulations would halt the export of Streit vehicles to Sudan, experts say. The company’s chairman and owner, Mr. Goutorov, is a Canadian citizen. But because his factory was located in the United Arab Emirates, rather than in Canada, he is beyond the reach of existing rules.

The Globe reported in 2016 that the RCMP was investigating Streit for possible violations of Canadian sanctions regulations on Sudan, but there is no indication any action was taken.

A related Streit company, Streit Manufacturing, has a presence in Canada. Mr. Goutorov is registered as its president and treasurer in Ontario government records and the company manufactures armoured vehicles at a facility in Midland, Ont.

Toronto trade lawyer Cyndee Todgham Cherniak, an expert in export controls, said her understanding is that the 2016 review was closed because the Streit vehicles are being manufactured overseas in the UAE and Canadian authorities couldn’t find evidence that any parts originated in Canada. “It’s possible to avoid Canadian law if you have a foreign subsidiary do the work,” she said.

Three years ago, The Globe reported that Streit had sold 30 Typhoon armoured trucks to Sudan’s security agencies. Some of the vehicles, manufactured at Streit’s UAE factory, ended up in the Darfur region, where Sudan’s military and paramilitary forces have committed atrocities that have led to war-crimes charges at the International Criminal Court.

A report in 2016 by a UN Panel of Experts concluded that the import of the Streit vehicles was a violation of the UN arms embargo on Sudan. While the manufacturer sold the vehicles to a local broker, it “almost certainly” knew that broker was not the “end user” and that the broker was making false claims about the destination of the vehicles, the report concluded.

Streit did not answer many of the UN panel’s questions about the Typhoon vehicle deal, nor did it respond to questions from The Globe about its Cougar vehicles in Khartoum. In the past, when asked about a similar deal in South Sudan, it has argued that the vehicles are not military equipment because they are not exported with weaponry attached to them.

Independent researchers, including Amnesty International experts, have verified that several military vehicles photographed by The Globe in Khartoum this month are Cougar armoured personnel carriers, manufactured by Streit Group.

Alex Neve, secretary-general of the Canadian branch of Amnesty International, called for an “urgent investigation” of Streit’s role in Sudan.

The presence of Streit vehicles in Sudan’s military forces this year, three years after criticism of its earlier deals, “would seem to indicate that regard for human rights and international law does not figure prominently in the company’s business decisions,” Mr. Neve told The Globe.

He said it was “particularly troubling” to learn that Sudan’s security forces are using Streit vehicles at a time when they have been employing violence and military weaponry to repress the pro-democracy demonstrations.

Even if the Streit vehicles were manufactured outside Canada, any involvement by Canadian citizens in the company “raises serious questions about violations of sanctions,” Mr. Neve said.

Starting Sept. 1, Canadians in the arms-brokering business will be subject to licensing requirements. Brokers are defined as those who arrange or negotiate a transaction for moving arms between two foreign countries. Canadians in this business are required to apply for a permit to make these deals, but Ottawa would not grant one where the goods in question could undermine peace and security or be used to commit serious violations of humanitarian or human-rights law.

“Someone in this position − and Streit knows they’re under the microscope − would look at the Canadian rules very carefully and see if there is any way to get around the rules,” she said. “If you can structure your affairs to avoid the application of the law, that’s still legal.”

Arms-trade watchers believe Streit sells its vehicles to middlemen − local companies in the Middle East that then resell them to African buyers. In this case, Streit wouldn’t technically be the broker. “If it can’t be shown he arranged a sale, than he did not engage in brokering,” Ms. Todgham Cherniak said.

A Canadian source with knowledge of Canada’s arm-control monitoring, however, said the government is going to look at the full cycle of an arms transaction – to determine the ultimate end user − rather than just the initial consignee of a controlled good. The source was granted anonymity by The Globe because they were not authorized to speak publicly on the matter.

The source said that in challenging cases it may be necessary for various government departments and authorities to work together to find a solution that could include going after offenders in court.

Ms. Todgham Cherniak said one solution for the Canadian government in difficult cases would be to team up with a jurisdiction that has more funding and authority to investigate overseas, such as the United States. In Canada, she said, “we don’t have sufficient resources allocated to export controls and economic sanctions.” 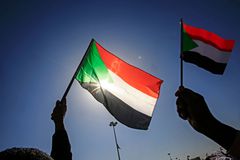 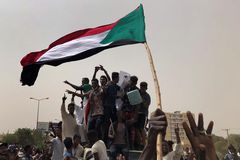 Sudan state TV: Ruling council foils attempted military coup
Subscriber content
July 11, 2019
Follow Geoffrey York and Steven Chase on Twitter @geoffreyyork @stevenchase
Report an error Editorial code of conduct
Due to technical reasons, we have temporarily removed commenting from our articles. We hope to have this fixed soon. Thank you for your patience. If you are looking to give feedback on our new site, please send it along to feedback@globeandmail.com. If you want to write a letter to the editor, please forward to letters@globeandmail.com.
Comments