The Canadian Red Cross is sending an emergency field hospital and a team of 25 Canadian health workers to battle a growing humanitarian crisis in Mozambique after a devastating cyclone.

There are fears of cholera outbreaks and rising malaria infections from the massive flooding in the wake of Cyclone Idai. Stagnant water stretches across 3,000 square kilometres of the country. Several hundred thousand people have lost their homes in the biggest humanitarian disaster in Mozambique’s recent history, and an estimated 1.8 million people need urgent aid, according to the United Nations.

Mozambique’s health authorities announced on Wednesday that it has confirmed the first five cases of cholera in the city of Beira at the centre of the disaster zone, and they expect more. There are also an estimated 2,700 cases of acute watery diarrhea, which can be a symptom of cholera.

“Given the sheer amount of water that passed through Beira during Cyclone Idai and the volume of damage caused, it’s not surprising that there are outbreaks of water-borne diseases like cholera in the city,” said Gert Verdonck, emergency co-ordinator in Beira for Médecins Sans Frontières (Doctors Without Borders), which is treating more than 200 patients a day at three health centres in Beira where suspected cases are brought.

About 55 health centres in the country have been severely damaged, the World Health Organization said Tuesday. The WHO is sending 900,000 doses of cholera vaccines and 900,000 bed nets to Mozambique to prepare for an expected surge in cholera and malaria cases. Some cholera cases have already been reported.

Senior UN officials have said the cyclone and flooding may have been the worst weather-related disaster ever to hit the southern hemisphere. The Red Cross has warned that the threat of water-borne diseases such as cholera and malaria is a “ticking bomb” for the region.

The Canadian Red Cross field hospital, including 53,000 kilograms of medical supplies and three Land Cruisers for mobile health delivery, was flown out of Canada on a Boeing 747 cargo airplane Tuesday and will arrive in Mozambique on Wednesday, along with the 25 health workers and other aid workers.

Their goal is to help restore medical care in a country where basic services have been drastically disrupted, many clinics do not have electricity and the threat of water-borne diseases is looming.

“We want to prevent a second disaster from happening,” said Chiran Livera, operations manager at the Canadian Red Cross.

Mozambique’s doctors and nurses have been working non-stop and are suffering a “tremendous strain,” the Red Cross said.

Cyclone Idai struck the port city of Beira on March 14 with winds of up to 170 kilometres an hour, then moved inland to the countries of Zimbabwe and Malawi. 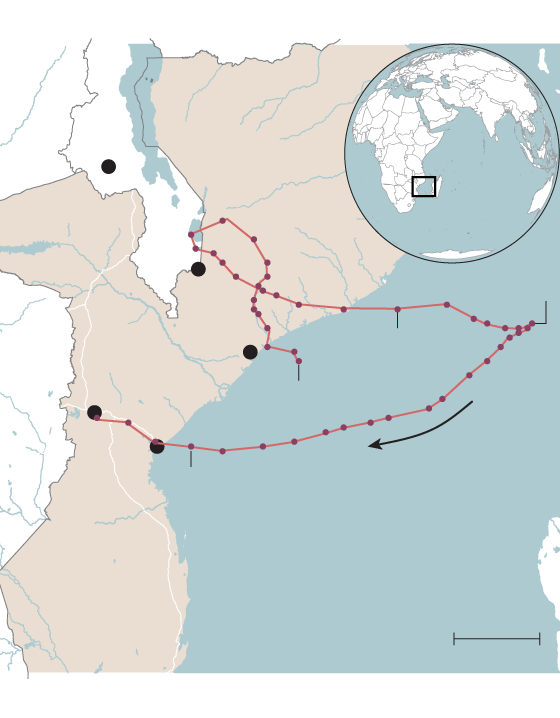 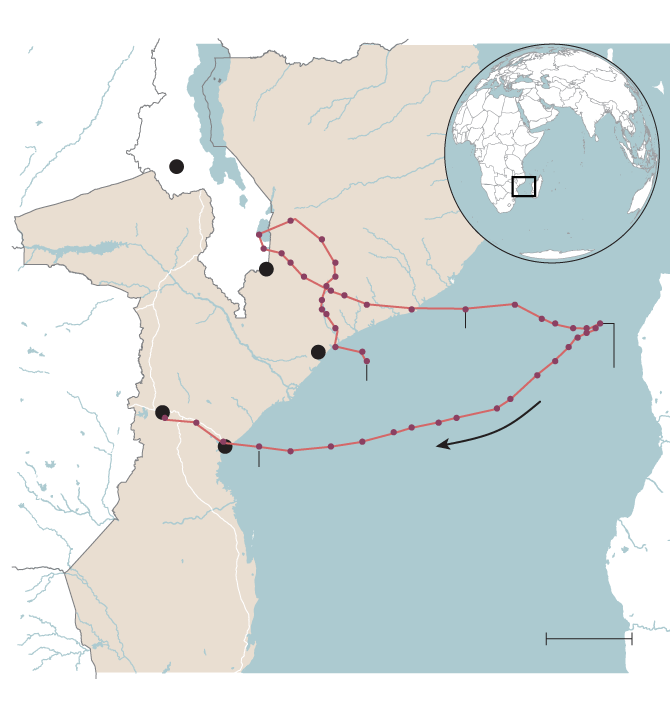 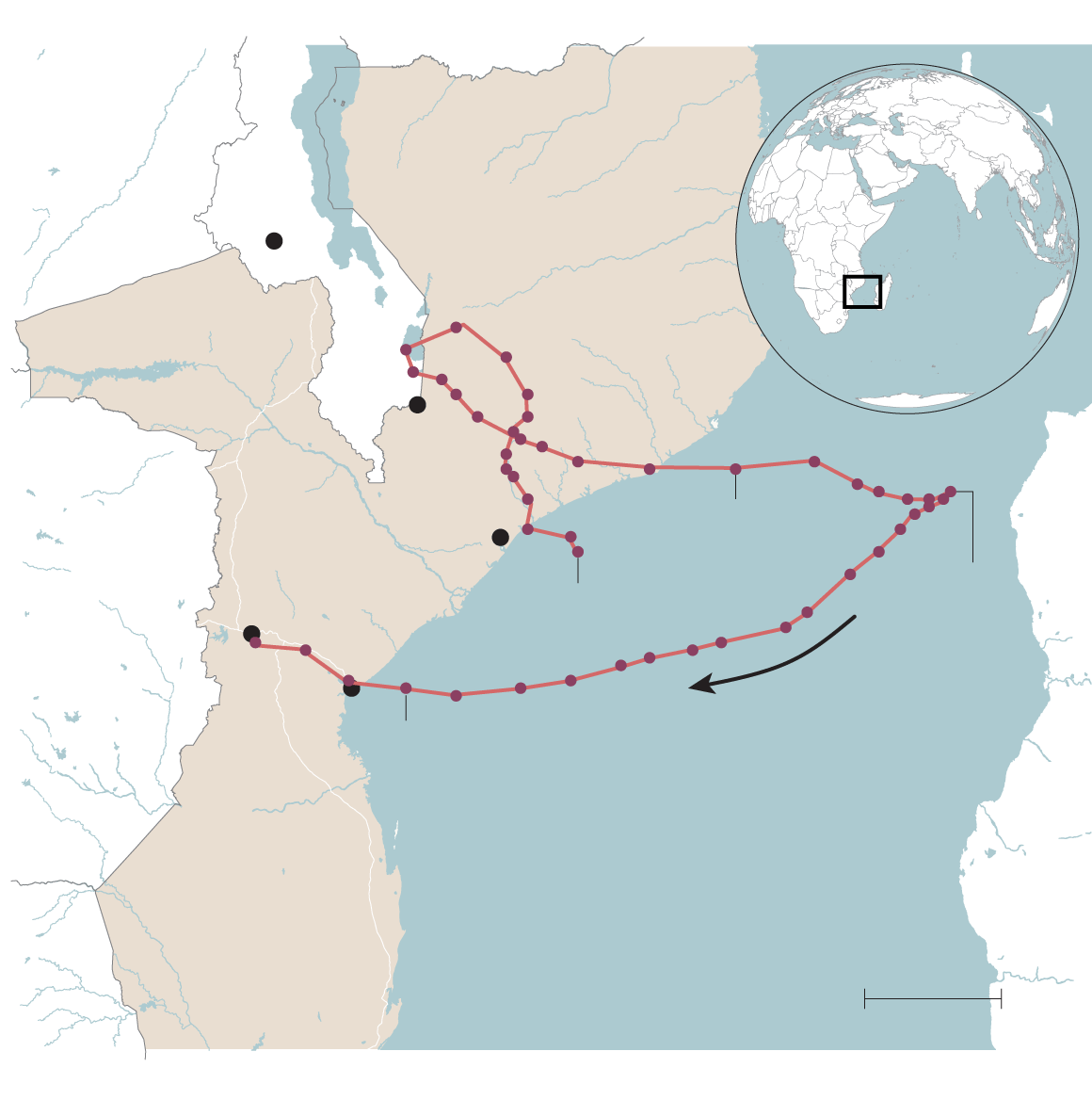 UN Secretary-General Antonio Guterres said the cyclone was “uncommonly fierce and prolonged” and was “yet another alarm bell about the dangers of climate change, especially in vulnerable, at-risk countries.” Weather-related disasters will become more frequent and devastating if the world fails to act urgently on climate change, he said on Tuesday.

Because of the warming of the world’s oceans, cyclones have more energy, spin faster and cause more damage, scientists believe.

The Canadian field hospital will be based in Beira, the biggest city at the epicentre of the cyclone, where the central hospital was severely damaged by the cyclone.

“There are normally seven operating theatres at the central hospital, but six of them are not functional,” the Red Cross’s Mr. Livera said in an interview. “The roof is leaking, there’s water coming in and there’s suspected mould that is building up because of the water. So it’s really operating at low capacity.”

The cyclone and flooding have killed at least 761 people in Mozambique, Zimbabwe and Malawi in the past two weeks, but the death toll is expected to rise significantly as the floodwaters recede and more bodies are found. Hundreds of people are still missing. The UN estimates nearly three million people have been affected in the three countries.

“A lot of roads are still impassable, a lot of bridges have been knocked out and a lot of communities are still stranded,” said James Lattimer, a Canadian who serves as deputy country director in Mozambique for the UN’s food agency, the World Food Program (WFP).

Mr. Lattimer this week toured Manica, one of the two worst-hit provinces in the country. The province is traditionally one of the country’s breadbaskets, providing food for the cities. “There’s been a lot of crop damage, which is worrisome in the longer term,” Mr. Lattimer said in a phone interview from Mozambique.

“About 50 per cent of the staple crops have been lost in Manica province, and probably more in Sofala province next door, and just before the harvest was about to come in. That’s really worrisome for people’s livelihoods in the months to come. It’s a country where 80 per cent of the rural population are subsistence farmers.”

There are still about 1,200 stranded people in Manica province who are cut off by flooding or destroyed bridges; WFP is dropping high-energy biscuits to help them survive, he said.

Closer to Beira, thousands of homeless families are living in makeshift camps. “The devastation is enormous,” said Djamila Cabral, the WHO representative in Mozambique, at a media briefing on Tuesday.

“More than 100,000 people have lost their homes and all of their possessions. Families, pregnant women and babies are living in temporary camps in horrific conditions, without secure food supplies or safe drinking water and sanitation.”

Africa rebuilds after Cyclone Idai: A visual guide to the storm’s deadly impact

Despite the escalating crisis, Beira is becoming less isolated from the world, with road access now partly restored and electricity beginning to be reconnected, Mr. Livera said.

The city’s water supply is also being restored. Water is now running in about 60 per cent of its pipes, according to Unicef, which is helping to restore the supply. But it warned that it still faces challenges in repairing the water supply in other flooded areas.

Much of the disaster zone is still inaccessible, and the UN has had to fly aid workers by helicopter to assess the extent of the needs.

The UN estimates the flooding in Mozambique has destroyed or severely damaged more than 72,000 houses and damaged nearly 500,000 hectares of crops. Nearly 129,000 people are living in 143 camps and other temporary sites, and the number has increased by 20,000 since Sunday alone, the UN says.

The Canadian government has promised up to $3.5-million in “initial funding” for cyclone aid in Mozambique, Zimbabwe and Malawi. But it has made no mention of any possible deployment of its much-publicized Disaster Assistance Response Team (DART), which is operated by the Canadian Armed Forces to provide emergency aid to stabilize a crisis. The DART has not been deployed since the Nepal earthquake in 2015, according to the Defence Department website.

The United States, by contrast, has deployed its military to be the lead co-ordinator for the U.S. response to the cyclone crisis. It will help to airlift food, medical supplies and other aid to Mozambique, and will provide air crews and other staff to support the crisis response.

Guillaume Bérubé, a spokesperson for the Global Affairs department, said the government has provided $350,000 in emergency aid to support the Canadian Red Cross response to the crisis. But the DART is “a last resort” and is deployed “only when civilian capabilities are overwhelmed,” he said.

“In Mozambique, international aid organizations have mobilized in the affected areas to provide an immediate, needs-based humanitarian response,” he said.