Canadian Robert Schellenberg has applied to appeal a death sentence issued by a Chinese court, writing his own letter to ask a higher court to examine his case.

The request sets in motion new legal scrutiny for a sentence the Canadian government has protested, although experts warn that the political oversight of Chinese courts means that appeals often produce little change in outcomes.

In addition, a senior Chinese official recently told a visiting European delegation that even executing Mr. Schellenberg “50 times” would not be out of line with the severity of his crime, further underscoring the odds against him.

On Jan. 14, the Dalian Intermediate People's Court said Mr. Schellenberg, 36, should be executed for his role as a “core member” in a conspiracy to smuggle 222 kilograms of methamphetamine from China to Australia. The court delivered the verdict less than 70 minutes after the conclusion of a single-day trial, a process that Chinese lawyers called unusual for its speed.

Mr. Schellenberg was arrested in 2014 and sentenced to 15 years in prison in November, 2018. However, Chinese authorities quickly ordered a retrial on more serious drug-related charges in late December, following the arrest in Canada of Huawei executive Meng Wanzhou.

On Monday, Mr. Schellenberg issued a request for an appeal in a document he wrote himself, an unusual feature of the Chinese justice system, where an application for what’s called a “second-instance” trial is largely a formality.

“I told him that an appeal was his right,” and that he could marshal arguments for the court in his submission, said Zhang Dongshuo, Mr. Schellenberg’s lawyer. A court translator will render the Canadian man’s words into Chinese. Mr. Schellenberg, who has previously been jailed in Canada on drug charges, has said he is innocent of the accusations against him in China, where he was found guilty of organized international drug trafficking.

“I gave him guidance on the rough direction he could take in the document,” Mr. Zhang said. “I think it’s a good way to protect his right to voice an opinion and defend himself.”

It’s not clear how quickly things will proceed from here. According to a primer on Chinese law published by the Canadian government, an appeal “should take up to two to four months.”

The Chinese Supreme People’s Court must also give a final review and approval before a person can be executed.

Mr. Schellenberg’s family said in a statement delivered by spokeswoman Anna Marie White that it hopes and expects “due process would be followed and that Bob would have access to every mechanism of justice possible. Thinking of how our justice system works, it would be incredibly scary to think of anyone having to write their own appeal but we recognize the Chinese system differs and hope that he is getting the support and guidance he needs.”

Chinese foreign ministry spokesman Geng Shuang on Monday said “China’s conduct is based on the rule of law.”

The Canadian government has requested clemency for Mr. Schellenberg, calling the death penalty “inhumane and inappropriate,” and Canadian diplomats in Beijing have reached out to representatives of other countries, asking them to quietly lobby China on Mr. Schellenberg’s case as a matter of urgency.

China has, however, rebuffed international entreaties on the matter. On Jan. 18, Helga Maria Schmid, secretary-general of the European External Action Service – the foreign service of the European Union – came to Beijing for meetings, including with executive vice-minister of foreign affairs Le Yucheng.

When Ms. Schmid began to discuss Mr. Schellenberg, however, she was told by a senior Chinese official: “Even if China executed Schellenberg 50 times, that would still be in keeping with the seriousness of his offence.”

The Globe and Mail confirmed the elements in this account with three diplomats in Beijing. Adam Kaznowski, an EU spokesperson, said Ms. Schmid had raised human rights issues in China, but he declined to discuss specific details.

Experts said Mr. Schellenberg’s best hope of avoiding execution – perhaps through a suspended death sentence – lies not in mounting a convincing legal defence against the allegations, but in convincing Chinese authorities to lighten his sentence.

“China uses the death penalty all the time for drug offences. And the Criminal Law allows for execution for a mere fraction of the amount [of illicit narcotics] at issue here,” said Maggie Lewis, a specialist in Chinese criminal justice at Seton Hall University.

—with reporting by Alexandra Li 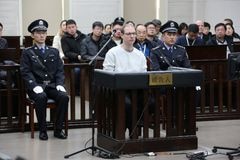 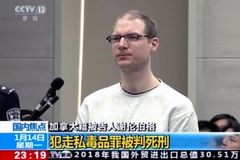