Canada has sailed a frigate through the Taiwan Strait in what officials in Taipei called a freedom of navigation operation, the first since the arrest of a Huawei executive set off a deepening dispute between Ottawa and Beijing.

The HMCS Regina, one Canada’s 12 frigates, sailed through the waters between Taiwan and China on Tuesday. It was accompanied by Naval Replenishment Unit Asterix.

The two ships sailed from Cam Ranh Bay in Vietnam, where they made their first-ever call on a naval base there.

Another frigate, the HMCS Calgary, passed through the Taiwan Strait last October, the department said.

But the Canadian naval transit, which is unlikely to please Beijing, forms “part of the new Canadian position towards China,” said Guy Saint-Jacques, the former Canadian ambassador to China, after the arrest of Huawei’s Meng Wanzhou and subsequent Chinese arrest of two Canadians, Michael Kovrig and Michael Spavor.

‘It would be a very dangerous precedent’: Freeland rejects Chrétien’s idea to cancel Meng’s extradition case

Taiwan’s Ministry of National Defence released a statement Wednesday that called the passage of the two Canadian ships a “freedom of navigation” operation. Taiwan’s state-owned Central News Agency also said that the HMCS Regina activated its automatic identification system during the transit, which allows the general public a view into its movements. Military ships often keep that system turned off to avoid advertising their position.

“In terms of movement of ships, you don’t have to announce ahead of time what they are called. You just have to go through the strait, and it’s obvious what we are trying to demonstrate,” Mr. Saint-Jacques said.

”The Trudeau government is starting to assert itself more, and questions like freedom of navigation are important ones,” Mr. Saint-Jacques said.

“It sends the signal that Canada is aligning with the U.S. and with other countries like Australia and France that have sent ships to the Taiwan Strait – that freedom of navigation is important and that we don’t recognize Chinese claims to sovereignty in that part of the world.”

Taiwan is a self-ruling region with its own military and foreign policy that Beijing claims as part of its territory. China has repeatedly conducted military drills simulating the invasion of Taiwan, and in recent years has sent bombers on “encirclement” flights. Beijing has never ruled out the use of force to bring Taipei under its command.

Earlier this year, the U.S. Defence Intelligence Agency called Taiwan a “primary driver for China’s military modernization.” In its 2019 China Military Power Report, the U.S. said “Beijing’s anticipation that foreign forces would intervene in a Taiwan scenario led the PLA to develop a range of systems to deter and deny foreign regional force projection,” the report states. The PLA is China’s People’s Liberation Army.

The U.S. regularly sends its own naval vessels through the Taiwan Strait, including most recently on May 22. A French frigate also passed through the waters in April, an unusual voyage for a European military ship.

Beijing typically responds with anger at those movements, calling them illegal and lodging diplomatic complaints.

Canada’s military has taken a more active role in Asia in recent years, including sending a submarine and two frigates to the region last year to “build relationships, work with trusted international partners, and contribute to multinational efforts to counter North Korea’s maritime smuggling activity while in the region,” Ms. Lamirande said. 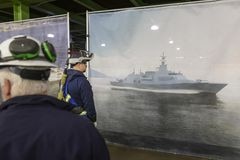 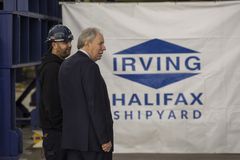 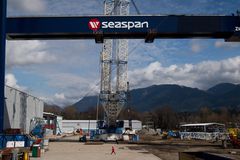