A group of 29 Canadian citizens and permanent residents, who were trapped in Syria when borders closed because of the COVID-19 pandemic, arrived in Montreal on Friday after a complex multinational effort to get them out of the war-torn country.

The evacuation was arranged by Canada’s representative office for Syria, which is based in neighbouring Lebanon.

“Last night, 29 Canadians and permanent residents stranded in Syria were allowed to cross the Lebanese border to take a Qatar Airways flight from Beirut to Montreal via Doha,” the office posted on its Twitter account.

Greg Galligan, the Canadian government’s executive co-ordinator for Syria, wrote on his own Twitter account that it had been “a great collaborative effort” involving Canadian, U.S. and Swiss diplomats. He praised Lebanon’s intelligence service for its assistance, which included opening the country’s border to allow the evacuation to take place.

The Canadians left Syria on Thursday in a convoy of minibuses that carried a total of 90 people, including U.S. and Swiss citizens who had also been trapped in Syria when Lebanon closed its border on March 18 because of the COVID-19 outbreak. Most of the Canadians who made it out were believed to have been visiting family in Syria when the border suddenly closed.

An official at Global Affairs Canada said Canadian officials had dealt only with their Lebanese counterparts during the evacuation and that there had been no direct contact with the regime of President Bashar al-Assad. The Globe and Mail is not identifying the official because they were not authorized to speak publicly about the matter.

Canada closed its embassy in Damascus in 2012, one year into a continuing civil war that has taken more than 500,000 lives.

Though Syria has reported only 124 cases of COVID-19 and six deaths, there are fears that those numbers are inaccurate. Only 64 per cent of the country’s hospitals are currently functioning at pre-war capacity.

In photos posted by Canada’s representative office for Syria, all of the evacuees shown waiting for their flights out of Beirut are wearing masks, and some also appear to have plastic gloves on their hands. The Global Affairs official said all 29 evacuees had been cleared by the Canada Border Services Agency, and paid for their own flights. The official said they would be expected to self-quarantine after arriving in Canada.

The evacuees did not include the 47 Canadians – including 13 women and 26 children – who are among tens of thousands of people being held in prison camps in northeastern Syria after being detained in the wake of the collapse of the Islamic State (IS) last year.

Farida Deif, the Canada director for Human Rights Watch, said Thursday’s evacuation of other Canadian citizens trapped in Syria raised questions about why more couldn’t be done to help those incarcerated in the country’s northeast – especially as there is no medical capacity to deal with a coronavirus outbreak in the region.

The government’s position has been that it’s unsafe to send diplomats to the region where the IS families are being held – meaning that the Canadian citizens among them can only receive consular assistance if and when they somehow escape captivity and reach a Canadian embassy or consulate. While the United States and many European governments have taken similar positions, several countries – including Russia and Turkey – have repatriated their nationals from the prison camps.

“What we’ve seen for the past year is these Canadians have been left in really dire, inhuman conditions in northeast Syria, and there’s been little or no government effort to repatriate them,” Ms. Deif said. “What [Thursday’s evacuation] reveals is that there’s more that could be done.” 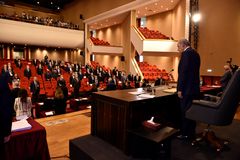 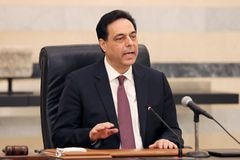 Lebanon begins first round of talks with IMF in bid to rescue economy
May 13, 2020 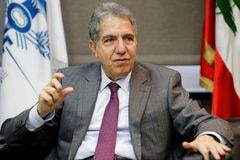