British Prime Minister Boris Johnson is facing a caucus revolt over the government’s decision to allow Huawei Technologies Co. Ltd. to supply some components for the country’s 5G wireless network.

A group of Conservative MPs, led by former party leader Sir Iain Duncan Smith, has criticized the government’s decision, arguing the Chinese company poses a national security risk and that it should be banned from the 5G network.

During a debate in the House of Commons on Tuesday, Sir Iain launched a blistering attack on Huawei, saying the company had spent years stealing technology and undermining its competitors. “Nearly two decades ago the Chinese set out to dominate this sector by underbidding other companies,” he said.

Allowing Huawei equipment to be used in the British 5G network was a “statement of the absence of thought by any government,” he added.

The rebel MPs flexed their muscle later on Tuesday by introducing an amendment to an unrelated telecommunications bill. The amendment called for Huawei equipment to be banned within two years and it came close to being adopted, losing by just 24 votes with 36 Tories supporting it.

These MPs have vowed to keep up the pressure, and they’ll get another chance to press their case in a few weeks when the government introduces legislation to implement its decision on Huawei.

The revolt is a blow to Mr. Johnson, who is already treading a fine line on Huawei. The government spent months analyzing what to do on Huawei before announcing in January that it would ban all “high-risk vendors” from core parts of the 5G network and limit them to a 35-per-cent overall market share.

The government defended the decision by saying Britain had few alternative suppliers for the equipment and that any security concerns could be managed.

Mr. Johnson has already faced intense pressure from U.S. President Donald Trump and other U.S. officials to ban Huawei. The Americans believe the company poses a security threat because it may be compelled under Chinese law to help Beijing spy or sabotage Western networks.

So far a handful of countries have introduced bans, including Australia, New Zealand and Japan. Canada is still considering a prohibition and Britain’s decision could be influential.

On Tuesday, Oliver Dowden, the Secretary of State for Digital, Culture, Media and Sport, tried to fend off the critics by saying the government had heard their concerns and that it was committed to working with the United States and other allies to develop alternative suppliers.

“In an ideal world there would be no need for high-risk vendors at all,” Mr. Dowden told the House of Commons. “We’re setting out a pathway to get there.”

However, he refused to give a specific timetable for when the country would move away from Huawei equipment entirely.

That wasn’t good enough for the Tory rebels, who include several former cabinet ministers. They demanded the government set a clear deadline to ban Huawei equipment.

“This is a national security issue,” said Tory MP David Davis, a former Brexit minister who argued that Huawei got its start by stealing trade secrets from Canada’s Nortel Networks just before the company filed for bankruptcy, an allegation Huawei officials have always denied.

Earlier on Tuesday, Mike Rake, the former chairman of broadband and mobile company BT Group and an adviser to Huawei, said the company has a vital role to play in building the 5G network.

“Any attempt to further restrict Huawei 5G equipment, or to remove existing 4G equipment, will not only incur very significant costs but prejudice trade relationships with China and will significantly set back the government’s broadband ambitions,” he said in an open letter. "This, in turn, will further damage our competitiveness as an economy at what is a critical moment.”

Several security experts have also backed the government’s decision. In a report released in January, Britain’s National Cyber Security Centre said the country was in a better position than many other nations to mitigate the risk of Huawei.

The report said the agency has been analyzing Huawei equipment for the past 10 years, and while there are risks associated with it, the NCSC concluded that it was “feasible to manage these risks and, by doing so, increase confidence in the telecoms services on which the nation relies.” 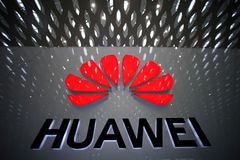 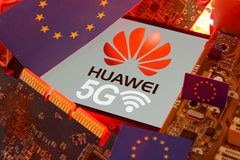 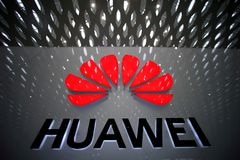