On the trade front, Canada doesn’t have a lot going for it right now. Now CETA, the new Canada-European Union Comprehensive Economic and Trade Agreement, a deal that had looked as solid as a wheel of Parmigiano-Reggiano cheese, is in trouble thanks to a populist revolution in Italy that carries Trumpian overtones.

The question is whether Italy’s threat to sabotage CETA is a clear and present danger or just political showmanship by a barnstorming government. My guess is that it’s the latter. Just as Donald Trump hates most of the things Barack Obama created, the Italian populists hate most of the things the EU created.

Canada’s trade outlook, or lack thereof, is its greatest geopolitical and economic risk. The North American free-trade agreement is in limbo and could die. The United States has slapped tariffs on steel and aluminum from Canada, Mexico and Europe. U.S. tariffs on autos – possibly a murderous 25 per cent – might be next, a nightmare scenario for Canada, especially Ontario: About 85 per cent of the 2.2 million cars made in Canada each year are sold in the United States.

Last week, the Agriculture Minister of Italy’s anti-establishment government, Gian Marco Centinaio, told the newspaper La Stampa that parliament would refuse to ratify CETA. He argued that it covers only “a small part” of Italy’s protected foods and that his disapproval of CETA “is not just a nationalist position of the League,” referring to one half of the coalition – the other half is the Five Star Movement – that formed a government in late May.

From the archives: A look at the details in CETA

His position is backed by the combative firebrand Matteo Salvini, the Interior Minister and leader of the League, a euroskeptic, nationalist, “Italians first” party. Mr. Salvini has emerged as Italy’s most powerful political figure, and his demands and outbursts are rattling Europe on the trade and migration files. Another anti-CETA force is Coldiretti, the agricultural lobby group that called it “wrong and risky.”

Italy’s attacks, if successful, could deal a real blow to the integrity of CETA.

It was the first significant trade deal to be signed by the EU since 2011 and provisionally came into force last September, half a year after it was ratified by the EU Parliament. A rare example of democracy in action, it cannot come into full force until it is approved by all 28 EU parliaments. So far, 10 mostly small countries have done so. Meanwhile, CETA operates largely unhindered.

It is impossible to exaggerate the importance of transatlantic trade, which the Financial Times this week called “the anchor of the global economy” since the 1950s. The EU remains the world’s largest single market and is coveted by exporters and service providers everywhere. Measured by GDP per capita, it contains 12 of the 25 richest countries.

Trade between the EU and Canada and between Italy and Canada is big and expanding. In 2016, the value of EU-Canada trade was €64.3-billion (a little more than $99-million), making the EU Canada’s second-biggest trading partner, after the United States. Canadian exports to Italy were worth $2.3-billion, up almost 3 per cent over the previous year, while Italian exports to Canada were worth $7.5-billion, up 2 per cent to a record high. Italy’s Ministry of Economic Development says Italian exports under CETA have climbed 7 per cent since last autumn alone.

The trade figures suggest Italy benefits more from CETA than Canada does, and the deal was enthusiastically supported by the last Italian government. The main negotiator on the EU side was an Italian. Italy and the rest of the EU liked the deal because it abolished 98 per cent of Canadian customs duties, opened the public procurement market to EU companies and gave them access to Canadian services such as telecoms.

So what is the populist government worried about?

Officially, it’s the alleged lack of protection for specialty foods. CETA protects 143 EU foods by giving them “geographical indication” status, meaning only products from a certain region can use that geographical name (for instance, Prosciutto di Parma). Of that group, 41 foods are Italian, the most of any EU country. Obsessed with food counterfeiting, Italian producers want a lengthened list of protected products.

Unofficially, the Italian populists are beating up on the EU because, in good part, that’s what they were elected to do.

Mr. Salvini and his tribe of euroskeptics and xenophobes have no love for the EU. He thinks the European Union gave Italy a raw deal on migration – and he is right. The EU has done virtually nothing to relieve the migrant pressure on Italy, which, along with Greece, has borne the brunt of the crisis. To Mr. Salvini, CETA is an EU creation, therefore suspicious.

But while Italy’s food producers are not convinced CETA handed them a great deal, food is only one Italian industry. Many others, from aerospace and autos to eyewear and pharmaceuticals, are fans of the deal – and their employment numbers are huge. Confindustria, the Italian employers’ association, has given its blessing to CETA.

The Italian technocrats and industrialists who helped design and who support CETA have a big selling job to do. With the populists in control, the Italian parliament’s ratification of CETA cannot be taken for granted. But the new government also wants to create jobs, and CETA will help. It might be the one international trade deal that survives the anti-trade onslaught launched by Mr. Trump. 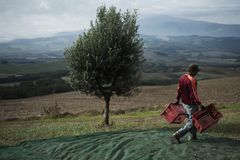 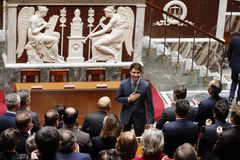