Germany stands ready to help Lebanon with reconstruction and further investment after last week’s massive explosion, but any support will be linked to economic reforms and an end to pervasive corruption in Lebanon, Germany’s foreign minister said Wednesday.

Heiko Maas spoke after a tour of Beirut’s devastated port, where thousands of tons of ammonium nitrate exploded Aug. 4, obliterating the facility, killing at least 171 people and wounding thousands in the capital city.

It still was not known what caused the fire responsible for igniting the ammonium nitrate. But documents have emerged in the wake of the explosion that show the chemicals had been improperly stored in the city’s port for more than six years, apparently with the knowledge of top political and security officials.

“The dimension of devastation and destruction is almost inconceivable for people living in Germany, and therefore it was also so important for the German government to help quickly,” Maas said.

He said he brought €4-million to the Red Cross and the United Nations because Germany wants the money to arrive where it is needed and “not for it to disappear in dark channels of which there are unfortunately way too many in Lebanon.”

“Other than that we hope that the responsible politicians have understood the sign of the times. The rage of the people is understandable,” Maas said.

The explosion has fuelled outrage and protests against top political leaders and led to the resignation of the government Monday. The Cabinet is now in a caretaker capacity.

Ahead of his arrival in Beirut, Maas said Lebanon needs a “strong reboot” and far-reaching economic reforms to rebuild trust with its citizens.

Germany has pledged €20-million (about $23-million) in immediate help after the explosion that tore through the Lebanese capital with such intensity that it created a tremour felt in neighbouring Cyprus. Thousands of buildings in the heart of the Beirut were destroyed and many more left homeless.

Maas said he would hold talks in Beirut to see how the money can quickly get to the people who need it. He said he would also talk to the nation’s political leaders and representatives of civil society about the future of Lebanon.

“I think everyone in Lebanon has to recognize that things cannot continue like this, this country needs big reforms,” he said.

Separately, France’s president spoke Wednesday to the leaders of Russia and Iran and urged them to co-operate with the rest of the international community to restore stability in Lebanon.

While Iran and Russia are important power players in the region and have offered Lebanon aid since last week’s devastating explosion, neither participated in an international donors conference Sunday organized by France and the UN to help rebuild Beirut.

Speaking with Iranian President Hassan Rouhani, French President Emmanuel Macron said the region’s major powers should avoid interfering or escalating tensions in Lebanon as it forms a new government, according to Macron’s office.

The head of the UN food agency, David Beasley, announced Wednesday that the organization is bringing 17,500 metric tons of wheat flour and a three-month supply of wheat into Lebanon to help replenish the country’s food reserves. That is part of a rapid logistics operation that will also involve setting up warehouses and mobile grain storage units, according to UN spokesman Stephane Dujarric at Wednesday’s UN briefing.

Beasley said Monday he’s “very, very concerned” Lebanon could run out of bread in about 2 1/2 weeks because 85 per cent of the country’s grain comes through Beirut’s devastated port. He said, however, that he believed an area of the port can be made operational later this month.

Meanwhile, Lebanon’s caretaker Economy Minister Raoul Nehme sought to calm nerves, saying that Lebanon is not facing a bread crisis after the country’s only wheat silo was destroyed by the explosion. Speaking during a tour of the port Wednesday, he said Lebanon has enough flour stock sufficient for four months and that part of the port is ready to receive container ships. 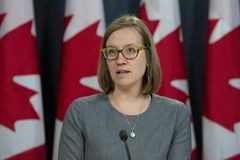 Beirut pauses to remember the dead as city marks one week since devastating explosion
August 11, 2020 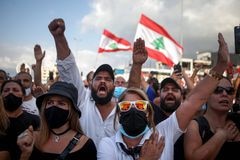 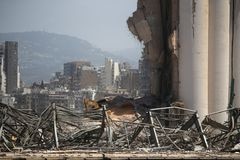