The charges against a Canadian journalist on trial in Cambodia were dropped Tuesday, ending a three-year ordeal and delivering a surprise outcome in a country that has conducted a widespread clampdown on press freedom.

Zsombor Peter was charged with incitement to commit a felony alongside Cambodian journalist Aun Pheap in 2017, four months after covering an election campaign in Ratanakiri Province for The Cambodia Daily, an English-language newspaper.

Mr. Peter said the charges were concocted to dissuade them from reporting stories with a critical eye on the ruling party, and that years of delay have denied him any sort of resolution. The case was initially set to proceed on Christmas Day last year, but was postponed without clear reason.

Human Rights Watch called the charges against the two men “fabricated” and “based on unsubstantiated allegations.”

“Of course I’m relieved that the court is dropping the charges against Pheap and me,” Mr. Peter told The Globe and Mail in an e-mail. “But it doesn’t change the fact that Cambodia’s courts keep harassing honest journalists for doing their jobs.”

According to Mr. Peter and his lawyer, the charges were only dropped because a plaintiff named Romam Yuot withdrew his complaint. No further explanation was given. Mr. Peter’s lawyer, Sek Sophorn, told The Globe in a WhatsApp message that the day before the trial was scheduled to resume, he received a call from a court clerk notifying him, but no invitation to attend.

Mr. Pheap and Mr. Peter were charged after interviewing registered voters for community council elections in northeast Cambodia. Local officials had told journalists not to interview residents after the commune was the only one in Ratanakiri Province to elect opposition political party candidates in 2012, and later said that the two journalists were trying to incite support for the opposition.

“In this case, the court is doing the right thing, but it’s doing it for the wrong reason – because a plaintiff dropped his complaint, not because the complaint lacked a shred of credibility, let alone evidence. And only in a broken court system could a complaint like this have even made it to trial,” Mr. Peter said.

Before the charges were dropped, a spokesperson for Global Affairs Canada said the department was aware of the case and that Canadian officials were providing consular services to Mr. Peter, but that no further information could be disclosed. Mr. Peter had previously questioned why the Canadian government had not publicly denounced the case.

Both men left Cambodia because of fears of being arbitrarily arrested and detained. According to reporting from Voice of America Khmer, Mr. Pheap had to leave his family behind and, as of late 2019, was seeking asylum in the United States.

Human-rights groups and government critics have long said that press freedom in Cambodia has been steadily declining in recent years. Earlier this month, 57 non-governmental organizations, including Amnesty International and Pen International, released a joint statement declaring their “deep concern about the Cambodian government’s harassment of independent media outlets and their journalists.” They included a list of nine cases of harassment against journalists since 2019.

The campaign sparked a backlash from the government, which denied all the allegations and criticized the legitimacy of the groups that signed the statement.

In September, 2017, The Cambodia Daily was slapped with a tax bill of US$6.3-million and forced to shut down by Prime Minister Hun Sen’s Cambodia People’s Party, part of an orchestrated crackdown against dissenters ahead of the country’s national elections. The same month, Radio Free Asia closed its office in Phnom Penh, citing threats to its staff.

Seven months later, another independent English-language newspaper, The Phnom Penh Post, met a similar fate: After the Post received a tax bill of US$3.9-million, it was transferred to a member of Hun Sen’s party, dissolving its status as the country’s “last independent newspaper.”

In July, 2018, Hun Sen won re-election as planned, securing a landslide victory and continuing a 33-year reign as a de facto one-party state that has allowed him to continue his attack on any objectors.

A new network of journalists and an accompanying media outlet called the Cambodia Journalists Alliance, or CamboJA, was formed in December, 2019, and is quickly making a name for itself in the country for pushing back against the government’s effort to squash independent media. They now have more than 100 members.

Last week, the group was nominated for the Independence Award at the Reporters Without Borders 2020 Press Freedom Awards and called “the last bastion of an independent media in the country.”

In the context of Hun Sen’s rule, the nomination committee wrote, “The emergence of CamboJA has provided a breath of oxygen that allowed the country’s reporters to breathe. The alliance developed an independent news platform which gave Cambodian journalists a place to express themselves and also somewhere to highlight abuses of press freedom as well as to provide assistance and training in ethics and investigative journalism.”

Trial for Canadian journalist charged in Cambodia is postponed
December 25, 2019 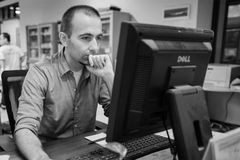 Canadian journalist Zsombor Peter, facing criminal charge in Cambodia, urges Ottawa to denounce case
December 22, 2019
Follow Samantha McCabe on Twitter @sam_mccabage
Report an error Editorial code of conduct
Due to technical reasons, we have temporarily removed commenting from our articles. We hope to have this fixed soon. Thank you for your patience. If you are looking to give feedback on our new site, please send it along to feedback@globeandmail.com. If you want to write a letter to the editor, please forward to letters@globeandmail.com.
Comments