A plane carrying 132 people crashed in southern China Monday in what could be the country’s worst aviation disaster in almost three decades.

China Eastern Airlines Flight 5735 had been in the air for just more than an hour when it suddenly lost altitude and plunged into a mountainous region of Guangxi province. The crash caused a large fire, with video from the scene showing flames engulfing a hillside and dark smoke billowing across the surrounding jungle.

With no survivors found after China Eastern Airlines crash, investigators searching for answers

There were no signs of survivors hours after emergency workers arrived at the site. In a statement, China Eastern said it deeply mourned the passengers and crew, without specifying how many had been killed. 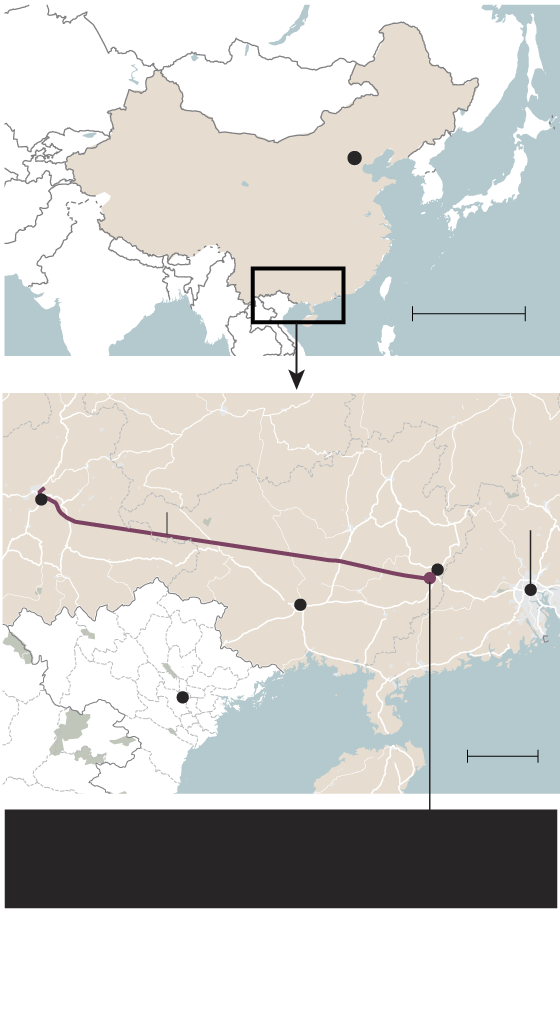 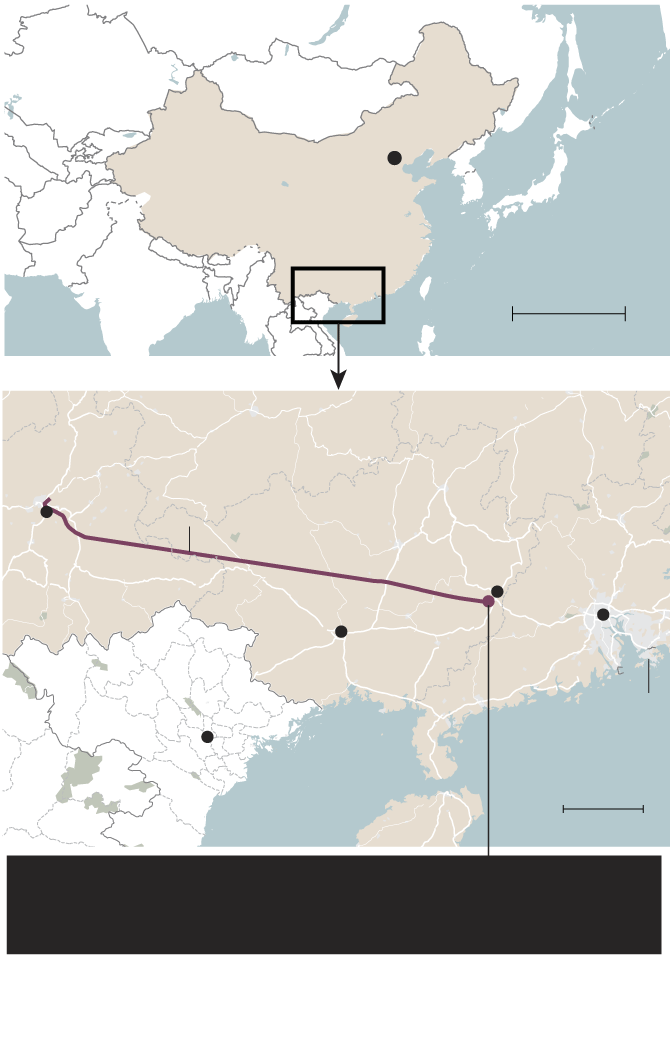 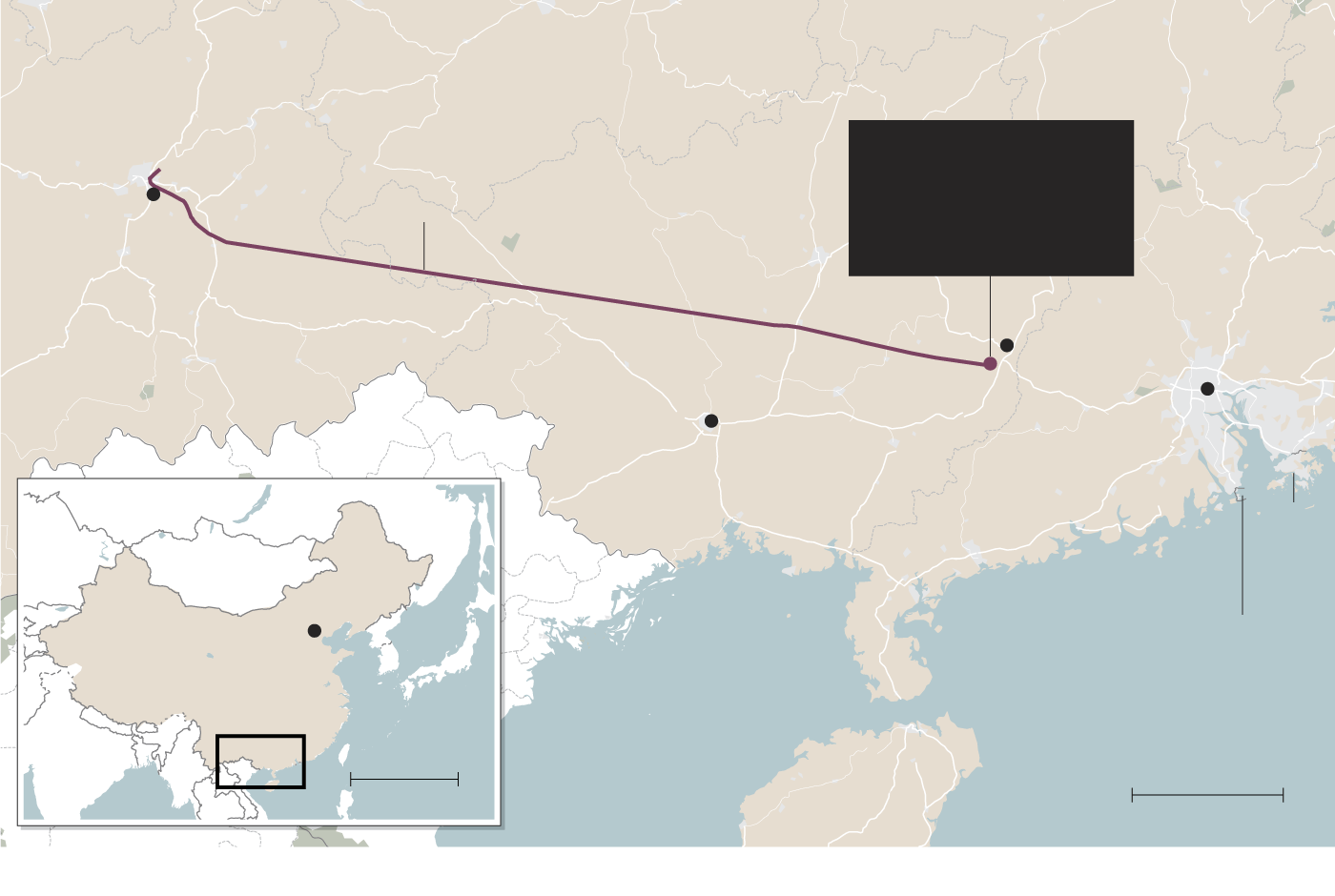 Initial rescue efforts Monday afternoon were hampered by the remoteness of the area, in the hills near the city of Wuzhou. Hundreds of firefighters were dispatched from Guangxi and neighbouring Guangdong province, but first responders had to make their way up the mountain on foot along muddy roads and push through heavy undergrowth.

According to publicly available flight data, Flight 5735 departed Kunming, the capital of Yunnan province, at 1:10 p.m. local time Monday in cloudy but relatively calm weather, with normal visibility. The plane was due to land in Guangzhou, north of Hong Kong, at about 3 p.m.

A security camera set up by a mining company almost a kilometre from the crash site appeared to have caught the flight’s final moments. Video published by Chinese media showed the plane flying into the mountain at high speed with its nose down, travelling almost vertically.

Li Xiaojin, a Chinese aviation expert, said that during the cruise stage, “usually the plane is on autopilot.”

“So it is very hard to fathom. From a technical point of view, something like this should not have happened,” he said.

China Eastern, the country’s largest domestic carrier, said it was grounding all Boeing 737-800 aircraft while an investigation is carried out.

Boeing shares were down Monday, with memories still fresh of the 737 Max disasters of 2018 and 2019, which exposed major problems at the U.S. aerospace giant and saw aircraft grounded around the world as executives were dragged before U.S. Congress.

Just last month, the Civil Aviation Administration of China (CAAC) marked 100 million hours of safe flight time, the best safety performance in the country’s history and among the best in the world.

According to a database maintained by the Virginia-based Flight Safety Foundation, China’s last major accident involving a passenger jet was in 2010, when 44 of 96 people aboard Henan Airlines Flight 8387 were killed when it crashed while landing at Yichun airport in low visibility.

China’s worst-ever aviation disaster was in 1994, when a China Northwest Airlines Tupolev Tu-154 flying from Xian to Guangzhou disintegrated in mid-air soon after takeoff, killing all 160 people on board.

Monday’s disaster almost had another victim. Initial reports said 133 people were on board, but a 24-year-old man surnamed Huang told Chinese media he had cancelled his ticket after missing a connecting flight to Kunming. The man said he came forward after friends expressed concern for him online.

As emergency workers made their way to the crash site Monday afternoon, Chinese President Xi Jinping ordered “all out search and rescue efforts.” The State Council, China’s cabinet, said it had assigned officials to co-ordinate the handling of the accident, identify the causes and strengthen civil aviation safety.

With reports from Alexandra Li and Reuters