Productivity doesn’t grab public attention when assessing an economy, overshadowed by the gross domestic product numbers that, for a country such as China, have long been the most important criteria for measuring both growth and the performance of the officials in charge.

If it cannot, that vision dims considerably.

But what University of Toronto economics professor Loren Brandt has found is that “China’s problem is a productivity problem.”

Understanding that productivity stalled has ”huge implications in terms of how you interpret what’s going on today in terms of why this economy is growing at the rate it is, and what is the true underlying reason for it,” Prof. Brandt said in Beijing during a recent visit, as he continues his research on the matter.

His research suggests not that there is a problem with the innovation of Chinese companies or the ambition of its entrepreneurs – but that something structural has gone amiss, a problem rooted largely in the persistence of the state in the halls of private industry. Unproductive state-owned companies are a Communist Party legacy and have maintained unexpected strength under President Xi Jinping, who has sought to reinvigorate the party’s role in all aspects of national life.

Prof. Brandt, who first came to China three decades ago, has spent many years peering deep into the performance of Chinese companies, using surveys conducted by the National Bureau of Statistics of hundreds of thousands of corporations. He has also worked with colleagues in China to dig into other government records that show in great detail how companies have fared in China over the past decade.

He has sought to quantify what scholars call total factor productivity, which is formally defined as the “portion of output not explained by the amount of inputs used in production.” In simple terms, it measures the ability of an economy to create more with the same labour and capital investment, typically by becoming more efficient.

Prof. Brandt’s work shows that Chinese productivity rose rapidly until 2007, as the country profited from liberalization measures tied to becoming a member of the World Trade Organization in late 2001.

But “our estimates suggest that total productivity growth in industry after 2007 was below zero,” Prof. Brandt wrote in a draft paper for the World Bank, which examined detailed Chinese National Bureau of Statistics data on the individual performance of industrial companies to evaluate productivity from 2007 to 2013.

Official statistics in that period still pinned Chinese GDP growth at or near double digits. And there was enough statistical uncertainty that the paper was never formally published.

But Prof. Brandt’s subsequent research has only strengthened his conclusion that something has gone deeply amiss in China.

Worries about productivity growth have been widespread in Western economies; Chinese leaders have also acknowledged the importance of the measure. China’s 13th five-year plan, the current master blueprint for the expansion of the world’s second-largest economy, promises that China will “see that total factor productivity is markedly improved.”

But some problems have continued to persist, particularly the role of state-owned enterprises, or SOEs, which suck up more than a third of Chinese investment but contribute only a single-digit percentage of the country’s economic output. And “SOEs are actually growing, not shrinking,” concluded the Asia Society Policy Institute and the Rhodium Group, two U.S.-based research organizations, in an examination of state-owned enterprise policy reform published earlier this year.

Government-controlled steel, nuclear and rail corporations have been merged into goliaths. Dozens of publicly listed Chinese companies sold out to state interests last year alone. The most recent quarterly data show a rise of the state, particularly in key industries, including defence, telecommunications, shipping, energy and electricity.

In private companies, too, party governance has become more pronounced.

“Ask yourself, after ’07, ’08 – is there any reform we’ve seen that is on par with” the years prior to China joining the WTO, Prof. Brandt asked. “Have we seen any major reform of the service sector? No.”

You can “find all kinds of examples of where the heavy hand, or the not-so-visible-hand, of the state was potentially costly,” Prof. Brandt said. Conversely, in areas with “the largest reduction in the size of the state sector, that’s where you see the greatest growth of productivity and entry of new firms.”

Others have made the same argument. In the book The State Strikes Back, economist Nicholas Lardy describes the stifling of “the competitive forces that had previously powered the Chinese economy, placing more investment in poorly performing and indeed deteriorating state-owned enterprises.”

That concept is debated inside China. Zhu Tian, an economist at China Europe International Business School, argues that China’s current slowdown is cyclical, as state planners emphasize anti-graft measures and environmental protection over pure growth. “China is getting richer. And as it gets closer to the technological frontier than it was in the past, technological catch-up is not as fast as it was. So that would contribute to the slowdown in total factor productivity growth,” Prof. Zhu said.

China, a major trading country, was also deeply affected by the global slowdown for much of the past decade, adds Wang Yong, a scholar at the Institute of New Structural Economics at Peking University.

But Prof. Wang agrees that state companies in China “obtain a lot of investment and crowd out investment to private firms.”

“When I write policy recommendations for the government, I always say China’s SOE reform is urgent,” he said. Domination of state companies in sectors like telecommunications are “very detrimental to China’s long-term growth. It has to be changed,” he said.

Some economists hope that the U.S.-China trade talks will provide an impetus for Beijing to loosen its grasp on the economy. Prof. Wang says China’s own economic results may also create the case for change.

”When the decision-makers really can see the severe consequences of reform stagnation then I can see hope that this kind of compelled reform could work.” 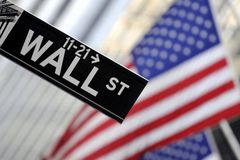 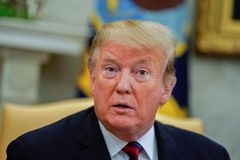 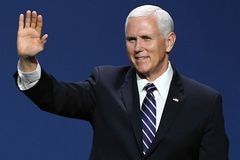