At first, it looked like the pork knuckles from Germany were to blame for the coronavirus circulating through a cold-storage facility in Tianjin, China. Then investigators began tracing the route of the pig heads from North America, ultimately determining that they were the likely carriers.

The quest to trace new arrivals of the virus in China has taken on the look of a high-stakes whodunnit, with state media dubbing at least one health official the country’s “Sherlock Holmes” for his role in sifting through the movements of various pork cuts through different storage units.

But for China, it’s not merely a matter of identifying the source of new infections, which authorities have raced to suppress in hopes of keeping at bay a pandemic that is resurgent elsewhere but remains virtually non-existent in China. The eagerness to pin blame on imported pork – and express delivery parcels, cod, halibut, shrimp, beef loin and chicken wings – has taken on great importance for a country that has resisted international demands for an independent investigation into the origins of the pandemic, which first erupted at a seafood market in Wuhan, not far from labs that studied bat coronaviruses.

Since then, outbreaks officially linked to other markets with imported foods have prompted even top-level Chinese authorities to muse about the similarities. Was the Wuhan outbreak “also caused by imported seafood?” asked Wu Zunyou, the chief epidemiologist at the Chinese Centre for Disease Control and Prevention. “Wuhan was where the coronavirus was first detected, but it was not where it originated,” Zeng Guang, the centre’s former chief epidemiologist, said in mid-November.

Outside China, however, scientists have been skeptical of Beijing’s cold-chain virus claims.

The movement of the virus on chilled goods “as a mode of transmission is theoretically possible – but I would say highly unlikely,” said Benjamin Cowling, an epidemiologist at Hong Kong University. “Other explanations are more likely.”

Few places have succeeded in suppressing the virus successfully enough that it’s possible to identify cases that can’t be explained through direct contact between infected people. Among them is Taiwan. But scientists there looking for evidence of the coronavirus in frozen goods have come up empty, said Chang-Chuan Chan, dean of the College of Public Health at National Taiwan University.

Another explanation for recent outbreaks in China may lie in the working conditions at ports and food-handling areas, he said, pointing to outbreaks at meat-processing plants around the world as evidence of how the virus can spread in such cramped places.

Prof. Chan questioned the suggestion that cold-chain transmission could demonstrate that the virus came from outside China. “There is no data showing us the origin of the pandemic is in another place,” he said. “If that was the case, there would be other places with an outbreak earlier than the one in Wuhan.”

New Zealand, too, has virtually eliminated person-to-person transmission of the virus. In August, however, a worker at a cold-storage and supply-chain company mysteriously tested positive, sparking a cluster of 179 cases in Auckland. The case is still listed as “under investigation” by authorities.

But the virus “might have come in through chilled or frozen goods,” said Michael Baker, an epidemiologist at the University of Otago who directs the school’s health, environment and infection research unit and sits on a government technical-advisory committee.

He sees cold-chain coronavirus transmission as “credible.” And it’s important “to keep an open mind” about the origin of the pandemic because it remains unknown. “You wouldn’t want to rule out anything at this point,” he said, adding that it “may not be knowable. The trail may be so cold that it won’t be reconstructed.” (Chinese authorities have demolished the Wuhan market where the first outbreak was identified.)

Beijing has responded with fury to foreign demands that it be blamed for a pandemic that has devastated the global economy and killed more than 1.4 million people.

In recent weeks, Chinese media have compiled at least 17 incidents in which, they say, the virus entered the country through chilled goods. The country has pledged to disinfect all imported cold-chain shipments.

“When researchers traced the sources of the virus, they figured out that it was found on cutting boards, as well as frozen-food packaging,” said Ma Jin, director of the School of Public Health. “We have ample reason to believe the virus can travel with cold-chain packaged foods.”

Ascertaining the origin of the virus in Wuhan “is a question that will take a long time to answer,” he said, pointing to the possibility of infected animals sold in the market or contamination in the transportation process. His own theory is that the virus has existed for a long time and, because of “climate change, a virus once sealed in the ice was released into the water and then swallowed by sea animals.”

Whatever the case, cold-chain transport has become “a non-negligible source of imported virus” for China, said Yao Maosheng, director of the bioaerosol laboratory at Peking University. That could include its introduction to the country, he said.

But China has yet to offer conclusive proof of the virus being imported on food, Prof. Cowling said. To do so would require studying the full chain of transmission, going back to “find people in the source locations that had COVID with that exact strain.” 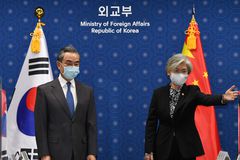 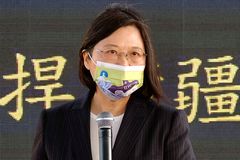