China says it’s time for World Health Organization investigators to fly to the United States to search for the origins of the pandemic, after a mission to Wuhan gave credence to Beijing’s arguments that the deadly coronavirus first emerged elsewhere.

WHO experts reported this week that, after about four weeks in the central Chinese city where the outbreak began, they had found no natural reservoirs of SARS-CoV-2 and failed to confirm any cases of human infection earlier than those first identified by authorities in Wuhan.

They recommended further study of the possibility that the virus could have been transported on frozen foods, a theory posited in recent months by Chinese officials and scientists. They suggested it is time to take the search for the origins of the coronavirus outside China. And they dismissed as “extremely unlikely” the possibility, advanced by skeptics in the U.S. and elsewhere, that the virus emerged from a laboratory in Wuhan.

But the willingness to vindicate China is not universal. One of the WHO experts said Wednesday that searching elsewhere is unlikely to determine the source of the pandemic. “I think it started in China,” Australian infectious-disease specialist Dominic Dwyer told Nine News. “I think the evidence for it starting elsewhere in the world is actually very limited. There is some evidence but it’s not really very good.”

He told the Australian Broadcasting Corp. that Chinese authorities said they had discarded wastewater samples in Wuhan that might have shown the early spread of COVID-19 in the city.

The WHO also found roughly 90 people hospitalized with COVID-19-like symptoms between October and December of 2019, experts told The Wall Street Journal. They urged further study, saying antibody tests had not been done on a third of those people. One of the WHO experts, Thea Fischer, has said a properly structured study of previously obtained blood samples to look for signs of the early spread of the virus has not yet been done in the Wuhan area, unlike in other countries.

Still, Beijing took the WHO findings as a clear indication of support from the pre-eminent international health body. The Chinese government has already largely succeeded in turning the pandemic into a domestic narrative of triumph over the virus and was quick to seize a new impetus to convince the world of the same. It immediately reiterated demands that the WHO investigate the United States, too.

“We hope that the U.S. side will follow China’s example and invite WHO experts to carry out the tracing investigation in the U.S.,” Chinese Foreign Affairs Ministry spokesman Wang Wenbin said Wednesday.

If the virus came from outside China, Beijing can claim credit for being the first to spot it. Rather than being the source of a deadly pandemic, China could claim to be a trustworthy sentinel that fell victim to a foreign virus – even though authorities initially denied the possibility of human-to-human transmission and punished doctors who discussed the emerging health threat.

The turn of events is the latest example of how Beijing has sought to advance its global standing – and cast doubt about Washington’s – via a health crisis that China has largely quelled while the U.S. continues to see the broad spread of new infections. China is seeking to shift responsibility for a pandemic that has killed millions and badly damaged the global economy.

In the U.S., where the Trump administration had decried the WHO for what it called pro-China leanings, State Department spokesman Ned Price said the Biden administration would withhold judgment.

“Rather than rush to conclusions that may be motivated by anything other than the science, we want to see where that data leaves us, and based on that, we’ll come to a conclusion,” he said.

China’s Ministry of Foreign Affairs has previously suggested the U.S. Army may have brought COVID-19 to China – specifically from Fort Detrick, the military germ lab ordered to halt some work in 2019 because of inadequate wastewater safety systems. The allegation is based on groundless speculation published by a Canadian conspiracy-theory website.

Chinese state media have also spent months advocating a theory that the virus spread through frozen food products and therefore could have originated elsewhere. Western scientists have expressed considerable skepticism.

But the head of the WHO team has given that idea full backing. “We also have to do much more into understanding the possible role of the cold-chain frozen products in the introduction of the virus over a distance,” Peter Ben Embarek said Tuesday. He added: “It would be interesting to explore if a frozen wild animal that was infected could be a potential vehicle for the introduction of the virus.”

For Chinese scientists, it was a conspicuous endorsement.

“This is certainly a victory and good news for our country,” said Ma Jin, a public-health scholar at Shanghai Jiaotong University. Not only has the WHO backed the Chinese contention that “the place of outbreak is not necessarily the place of origin,” he said, but also it gives far broader validation to China’s response to the outbreak.

“If the virus did come from outside the country, that would further support the efficiency and effectiveness of China’s response to the epidemic,” Prof. Ma said. “Compared to other countries, China is undoubtedly a global leader in terms of epidemic combat and public-health emergency response mechanisms. I don’t think it’s an exaggeration to call ourselves the country that has, so far, done the best job.”

Among the WHO experts, meanwhile, there were new calls to cast aside a jostling between countries its own work has helped to further augment. It’s “very significant” that the WHO experts were unanimous in concluding that the possibility of the virus leaking from a lab is “extremely unlikely” and unworthy of further study, Peter Daszak, a parasitologist and ecologist on the WHO team, said in an interview Wednesday with Chinese state broadcaster CGTN.

Dr. Daszak, a colleague of scientists at the Wuhan Institute of Virology whose work includes manipulating viruses to make them more infectious – ostensibly to improve pandemic modelling and responses – has been among those most dedicated to arguing that SARS-CoV-2 did not emerge from a laboratory.

“Some people will never support that and they will continue to promote these rumours and conspiracies,” he said. 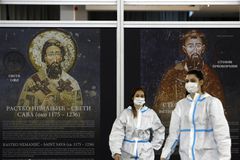 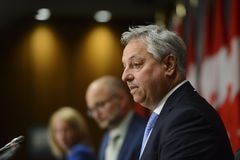 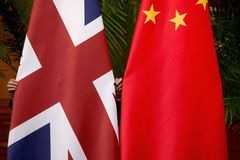