Only a few years before Beijing began demanding the release of a Huawei executive fighting extradition to the U.S., Chinese officials sought an extradition treaty with Canada that, they believed, would allow them to pull people out of this country with few questions asked.

For years, Chinese authorities pushed Ottawa for an extradition deal, convinced it would allow them to circumvent the Canadian legal system as they sought the return of people accused of corruption.

“Chinese interlocutors are wholly focused on securing a broad overarching extradition treaty that would result in the immediate return of Chinese economic fugitives upon request,” said a Canada Border Services Agency document prepared on Nov. 28, 2014, ahead of a trip by then-agency president Luc Portelance to China in January, 2015.

“China’s views on how an extradition treaty may work do not appear to be based on current common law, but on a belief that existing Canadian legislative protections can be suspended, and identified persons would be immediately returned to China upon request,” the briefing document says.

The internal briefing was included in documents provided to The Globe and Mail under access-to-information law. It took more than four years for the CBSA to respond with 120 pages of documents to a request made in 2016.

The documents show how, when it suited its own interests, Beijing was eager to use extradition as a tool. They also show how Canadian border officials pursued an agreement with China to send back people outside of an extradition treaty – a proposed arrangement one critic likened to a “blank removal cheque.”

China’s interest in an extradition deal with Canada stands in contrast to the rancour of the past two years, when Beijing has criticized Ottawa for acting as an “accomplice” to the U.S. in arresting Huawei executive Meng Wanzhou, an arrest made in accordance with the Canada-U.S. extradition treaty. Chinese authorities have denounced what they call a political prosecution of Ms. Meng, who is accused by U.S. prosecutors of committing bank fraud related to violations of U.S. sanctions against Iran.

In 2016, the Justin Trudeau government did agree to begin talks on an extradition deal with China. Such a deal, however, has never been concluded, and appears to no longer be on the table after Ottawa suspended its extradition treaty with Hong Kong.

The documents nonetheless reveal some of the background to Mr. Trudeau’s initial agreement to co-operate more closely with Chinese law-enforcement authorities, following visits with China’s top leadership in the fall of 2016.

The willingness to discuss extradition with China marked a reversal. A 2014 CBSA document said: “at this time, Canada is not preparing to enter into negotiations for an extradition treaty.” (China had also proposed “a very broad and far-ranging information-sharing agreement,” although that was dismissed as impossible under Canadian law.)

The current dispute between the two countries has placed an end to most plans for greater co-operation.

But long before Ms. Meng was arrested – and even before Mr. Trudeau became Prime Minister – Canada’s border services discussed difficulties in co-operating with China on issues of law enforcement.

The documents show Canada was most concerned about the difficulty persuading China to accept the return of its own citizens slated for “removal” from Canada, a list of people that might include illegal immigrants or criminals who had completed their prison sentences.

“Being able to remove people in a timely manner is important for Canada because it acts as a deterrent for others who may be inadmissible and allows us to maintain the integrity of the immigration system,” according to a 2014 briefing provided for Mr. Portelance and Steven Blaney, then Canada’s minister of public safety. The two men wanted to meet with Luo Zhaohui, then the Chinese ambassador to Canada, to discuss the issue.

Canada at the time had accumulated a backlog of 2,200 Chinese nationals it wanted out. A tenth of them had waited five years or more, and CBSA complained that Chinese authorities, which the CBSA called “difficult and recalcitrant,” were slow to issue the documents those people needed to return home.

“Currently, the PRC is ranked number one in the CBSA removal inventory,” a 2014 briefing for Mr. Portelance said, using the acronym for the People’s Republic of China. “China remains one of the top sources of irregular migration to Canada.” One document points to rising application fraud among visa applicants, including counterfeit documents that use faked visas, entry stamps and souvenir photos.

But Beijing, it said, was focused on bringing back 150 people it accused of being economic fugitives. President Xi Jinping at the time had launched a sweeping anti-graft campaign, which had identified Canada as a key destination for people it called corrupt fugitives.

The CBSA was also frustrated that many Chinese economic fugitives “seem to have unlimited resources to delay removal,” one document says.

To address the backlog of people waiting for removal, Canadian officials sought a “Readmission Arrangement” with China that would establish standards and protocols to speed the process. A draft of the arrangement stipulates information-sharing arrangements and set timelines for China to respond to removal requests.

The readmission arrangement was never completed, “and no further discussions are scheduled at this time,” CBSA spokesperson Ashley Lemire said in an e-mail.

Critics say the arrangement stood to create an express route for Canada to send people back to China, where police are regularly accused of torture and courts operate under the influence of the Communist Party.

“Until international human-rights norms are respected by China, Canada should not be quick to sign off on a blank removal cheque, placing these individuals firmly within the security apparatus of the People’s Republic,” Vancouver immigration lawyer Richard Kurland said in an interview. His clients include people fighting removal to China.

The CBSA internal briefings sent to The Globe reveal no concern over human rights or the exercise of justice in China. Instead, one PowerPoint presentation features a series of scenic pictures of China, including the Great Wall and the karst landscape on the 20 yuan banknote, under the headings “Beautiful China,” “Amazing China” and “Change in China.”

“The purpose of this presentation was to highlight the strategic value of international law enforcement co-operation,” said CBSA spokesperson Jacqueline Callin.

They also show how many people Canada sent back to China: 2,472 between 2008 and 2014, 92 per cent of them for “no criminality.” Since Jan. 1, 2015, a further 2,894 have been sent back, Ms. Lemire said, although border authorities want to remove a further 1,777 Chinese citizens. “The inventory has decreased over the past two years due to an increase of travel documents obtained from the People’s Republic of China,” Ms. Lemire said.

Canada, meanwhile, has agreed to other forms of co-operation with Chinese law enforcement. It allowed Chinese police to testify at immigration hearings in Canada. CBSA said it was prepared to fund Chinese immigration officers to come to Canada to interview “inadmissible Chinese nationals.”

And in the spring of 2016, Canada allowed agents of the Chinese Ministry of Public Security to come to Vancouver to meet with some of the fugitives China sought, for talks toward a “negotiated voluntary return.”

“There was an elaborate protocol put in place whereby they couldn’t meet with anyone without the presence of an RCMP officer,” said Guy Saint-Jacques, who was then Canada’s ambassador to China.

The Chinese delegation did not abide by the agreement, he said, and independently saw other people. The tone of negotiations was also less than voluntary. "They met people and said, ‘by the way, your sister is in jail and won’t be released unless you come back. And the same thing for your father and mother,’ " Mr. Saint-Jacques said. “All this was against the protocol that we had negotiated.”

The Ministry of Public Security did not respond to a request for comment. RCMP Corporal Caroline Duval said in a statement that the force does not “comment on foreign investigations conducted by police authorities of other countries.”

Mr. Saint-Jacques later raised the issue with officials in China.

"I’ve always said you have to be firm with the Chinese – and when you catch them doing something that is against what you had agreed to, you have to confront them and say, ‘we won’t tolerate this,’ " Mr. Saint-Jacques said. 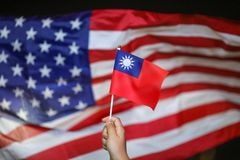 With Chinese relations on the rocks, is it time for Canada to take a closer look at Taiwan?
Subscriber content
November 11, 2020 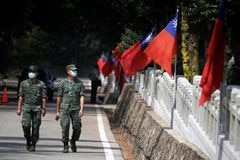