China says it has found pests in logs from Canada, raising fears that Beijing is threatening a key Canadian export in retaliation for a recent court ruling against detained Huawei executive Meng Wanzhou.

“In order to prevent the introduction of these pests, China has treated the logs in accordance with relevant Chinese quarantine laws and regulations,” he said.

The Canadian government and one of the country’s foremost industry groups said logs continue to move from Canada to China. Forestry companies Mosaic Forest Management Corp. and Canfor Corp. said they had no knowledge of any log export issues with China, raising the question of whether Beijing has merely issued a verbal threat or is preparing to take more significant action.

But the warning from Beijing comes weeks after the British Columbia Supreme Court ruled against Ms. Meng, who is fighting extradition to the United States, where she is accused of fraud related to sanctions against Iran.

The Chinese government has demanded Ms. Meng’s release. After her arrest in Vancouver in December, 2018, China blocked imports of Canadian canola and some meat products, although it has since eased some of those restrictions. In recent weeks, it has taken similar measures against Australian barley and beef, after Beijing grew angry at Australia’s calls for an independent coronavirus investigation.

With the new warning on Canadian logs, Perrin Beatty, president of the Canadian Chamber of Commerce, the country’s biggest business lobby group, said he is concerned China may be using a trade issue to further its political ends.

He said Canadian wood exporters need as much unfettered access as possible to foreign markets as they try to recover from the COVID-19 pandemic.

“We are concerned, based on Chinese actions against Canadian products and those of other countries that have outstanding disputes with China, that China may be politicizing what should be a purely technical market access issue,” Mr. Beatty said. “We will follow developments closely, and will wait for the Canadian government’s response to the Chinese claims.”

He said his organization was unaware of any pest-control problems in wood exports.

“We understand the federal government is currently looking into the claims made by the Chinese government. Given the ongoing problems with the U.S. and softwood lumber, Canadian forestry companies need to reach the widest possible range of buyers for their products.”

“On June 9, 2020, Canada received 16 notifications of non-compliance from China related to the discovery of pests in shipments of hardwood and softwood logs. Canada is investigating these notices as per standard response procedures,” said Ryan Nearing, press secretary for Ms. Ng.

He said the dispute has not disrupted shipments.

Exports of unprocessed Canadian wood are controversial. In early 2019, B.C. Premier John Horgan pledged “to reduce the amount of logs going out, and increase the amount of jobs coming from our logs.”

But China, with its comparatively lower labour costs, has been a keen buyer of Canadian logs. In 2019, more than 60 per cent of the wood exported to China was in the form of logs with a total value of more than $383-million.

Chinese imports of Canadian wood products have increased each year since 2015, but have shown signs of weakness so far this year, down 12.6 per cent in the first quarter of 2020 compared with 2019, according to statistics maintained by Canada Wood, an industry group.

Canada exported $38.3-billion in forest products in 2018, with the U.S. the biggest market.

BC Lumber Trade Council president Susan Yurkovich said three of the Chinese notifications of non-compliance relate to export from B.C. and the rest concern shipments from elsewhere in Canada.

She said the number of notifications isn’t remarkable.

She said she expects Canada will work with China to resolve these matters.

“We’re continuing to ship both logs and lumber to China … and haven’t had any of our membership indicate there’s anything other than business as usual.”

“While I know there are tensions between Canada and China over some of the politics, we continue to have strong commercial relationships and hope those will continue,” Ms. Yurkovich said. Canadian expats anxiously await chance to return to their lives in China
June 9, 2020 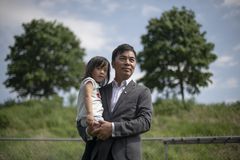