China reported its fewest new coronavirus infections since January on Tuesday and its lowest daily death toll for a week, but the World Health Organization said data suggesting the epidemic have slowed should still be viewed with caution.

The head of a leading hospital in China’s central city of Wuhan, the epicentre of the COVID-19 outbreak, died of the disease, becoming one of the most prominent victims since the disease first appeared at the end of last year.

Illustrating the impact of the outbreak on worldwide growth and corporate profits, oil prices tumbled and equity markets slid after Apple Inc. issued a revenue warning, owing to the disruption the disease is causing to global supply chains.

Outside China, there have been 827 cases of the disease and five deaths, according to a Reuters count based on official statements. More than half of those cases have been on a cruise ship quarantined off Japan.

Mr. Tedros said there had been 92 cases of human-to-human spread of COVID-19 in 12 countries outside China, but the WHO did not have the data to make meaningful comparisons to what was going on in China.

“We have not seen sustained local transmission of coronavirus except in specific circumstances like the Diamond Princess cruise ship,” he said.

China says figures indicating a slowdown in new cases in recent days show aggressive steps it has taken to curb travel and commerce are slowing the spread of the disease beyond central Hubei province and its capital, Wuhan.

The WHO’s Mike Ryan said China had success with “putting out the fire” first in Hubei and ensuring that people returning to Beijing from the Lunar New Year holiday are monitored.

The numbers appear encouraging, said Mark Woolhouse, a professor of infectious disease epidemiology at Britain’s University of Edinburgh, who described himself as cautious.

“Though it is unrealistic to reduce the transmission rate to zero, it may have been reduced to a level where the epidemic is brought under control,” Mr. Woolhouse said.

“It may be that the epidemic is simply running its natural course, and is starting to run out of new people to infect. It could also be that the unprecedented public health measures introduced in China are having the desired effect.”

Despite global concerns about the economic impact of the disease, China’s ambassador to the European Union said on Tuesday this would be “limited, short-term and manageable”, and that Beijing had enough resources to step in if needed.

Economists are warning of potential mass layoffs in China later this year if the virus is not contained soon.

“The employment situation is okay in the first quarter, but if the virus is not contained by end-March, then from the second quarter, we’ll see a big round of layoffs,” said Dan Wang, an analyst with the Economist Intelligence Unit (EIU). Job losses could run as high as 4.5 million, he forecast.

Britain’s biggest car maker, Jaguar Land Rover, has flown Chinese parts in suitcases to Britain to maintain production and could run out after two weeks because of the virus.

Components made in China are used in millions of vehicles assembled around the world, and Hubei province is a major hub for vehicle-parts production and shipments.

South Korean President Moon Jae-in said the economy was in an emergency situation and required stimulus, as the epidemic had disrupted demand for South Korean goods.

Mr. Ryan said the WHO had “prioritized supplies” of protective equipment for reclusive North Korea, which is technically still at war with the South after their 1950-53 conflict ended in a truce, not a treaty, at the same time as saying there was no indication of any cases there.

Singapore announced a US$4.5-billion financial package to help contain the outbreak in the city-state and weather its economic impact.

In Japan, where the economy is already shrinking and the epidemic has created fears of recession, the spread of the virus has prompted Tokyo to put limits on public crowds, while some companies are telling employees to work from home.

And, starting on Thursday, Russia will suspend entry of Chinese citizens for employment, private, educational and tourist purposes, health authorities said, adding that the move would be temporary.

Too early to say whether coronavirus outbreak threatens Olympics, WHO says
March 11, 2020 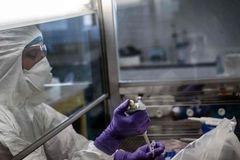 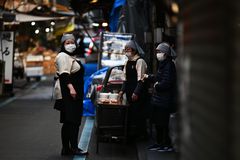