China is using warlike tactics against Taiwan, a former defence minister in Taipei says, after Beijing dispatched fighter jets into airspace claimed by the democratic island and dismissed the notion of a centre line in the Taiwan Strait.

The Chinese military flights coincided with the visit to Taipei by U.S. undersecretary of state Keith Krach, and marked an unusual display of hostility by Beijing, which claims Taiwan as its territory and has never relinquished the use of force to bring about unification with the mainland.

On Monday, Chinese Foreign Ministry spokesman Wang Wenbin rejected the idea of a median marker in the Taiwan Strait, an unofficial concept that Beijing had in large measure tacitly acknowledged in recent years.

“Taiwan is an inseparable part of Chinese territory,” Mr. Wang said. “The so-called midline of the Strait does not exist.” Chinese aircraft had only crossed that line three times in the past few decades: in 1999, March, 2019 and again in February of this year.

Taiwan’s defence ministry has publicly stated its right to “self-defence and to counter attack” although it has said it will follow a principle of “no escalation of conflict and no triggering incidents.”

The Chinese jets came within 68 kilometres of Taiwanese land. “That’s less than two or three minutes' flying distance,” Mr. Tsai said in an interview. If People’s Liberation Army warplanes were to overfly the island, “the status of war would be created,” he said. He recalled that in 1996, after China fired missiles near Taiwan, the U.S. sent two aircraft carrier battle groups to nearby waters. He called on Washington to once again “do something to deter China from taking further action against Taiwan.”

China has long maintained that it seeks peaceful unification with Taiwan, but will resort to “non-peaceful means” if it decides peaceable solutions are no longer possible or Taiwan is moving toward secession.

But Ms. Tsai, the Taiwanese President, has refused to support a Beijing formulation of a 1992-era consensus over Taiwan’s status, while the Donald Trump administration in the U.S. has sent senior delegations to Taiwan and agreed to new arms sales, as the Pentagon assembles a “Fortress Taiwan” strategy, a term described in a Reuters report.

Recent events have “pushed China to a point where sending a warning becomes a must. If the U.S. and Taiwan keep allowing both sides to conduct political visits to challenge the ‘one China’ principle, a military response from mainland China will be inevitable,” said Xin Qiang, director of the Center for Studies of Taiwan at Fudan University.

He faulted Taipei and Washington for moving in the direction of Taiwanese independence. “There’s no way mainland China will be silent in the face of all these,” he said, warning that “the risk of war is increasing,” as greater military deployments elevate tensions and raise the possibility of accident.

“With the lack of effective channels for communication and the fundamental lack of political trust between the mainland and Taiwan, it’s almost certain that clashes will continue to worsen,” he said.

Ms. Tsai has said Taiwan is already “an independent country.”

Inside China, however, some have begun to use bellicose language. “Tsai Ing-wen should reflect on herself, or she will be the Taiwan ‘president’ deposed by PLA,” Hu Xijin, the editor of the Communist Party-run Global Times, wrote on Twitter.

Beijing “is sending a clear message: We will no longer tolerate the increased U.S.-Taiwan collusion and will stop it with military pressure,” he also wrote on China’s Twitter-like Weibo service. “The PLA fighter jets are only one step away from flying over Taiwan island.”

Armed conflict remains a small possibility at the moment, said Zhu Songling, director of the Taiwan Research Institute at Beijing Union University. Beijing continues to have “enough patience on this issue,” he said. But if China does “resort to military action, [Taiwan] will suffer from great calamity, a complete annihilation.”

The Chinese fighter-jet incursions may be better seen as “a new round of psychological warfare against Taiwan” by China, and a chance to probe the island’s military responses, said J. Michael Cole, a senior fellow at the Macdonald-Laurier Institute.

“Is this preparation for war? I don’t think we’re there, and soon weather conditions in the Taiwan Strait will be ill-conducive to military operations,” he said. Still, the military provocations mean “we’ve probably entered the most dangerous phase in cross-Strait relations since 2003-2004, if not 1995-96.” 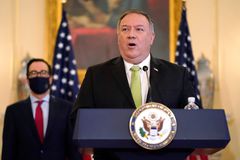 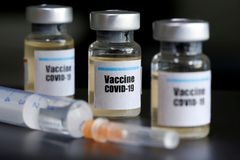 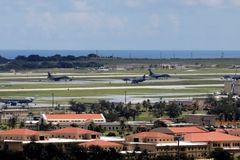