China is vowing even stricter measures to control the spread of the deadly Wuhan virus, with its leaders falling back on familiar authoritarian tools against a pandemic that has become as dangerous to the Communist Party as to the health of the country.

Spooked by the spread of the virus, Chinese authorities have already placed tens of millions of people under lockdown. The country’s cultural and tourist sites are closed, streets have emptied in the capital and schools have been shut down until further notice.

But an even more rigorous response is needed, Beijing says, as the Communist Party rapidly shifts from a health-crisis response to a full-throated struggle for political supremacy. People across China can expect to see the deployment of even more severe tactics in a country where security forces are already practised in exerting control and repressing unwanted elements.

Officials across China must “take more decisive and effective measures” to classify, treat and isolate the infected, those suspected of infection, patients with fevers and anyone who has had close contact with the infected, said Sun Chunlan, the woman in charge of a government group managing the crisis, in comments to Chinese state media Tuesday evening.

The urgency reflects the transition to a new and potentially more extreme phase in the response to a virus that has now killed 563 people in China, with a further 27,451 confirmed cases and another 23,260 suspected cases in the country.

“This is not an ordinary campaign. It’s a political task,” said Bo Zhiyue, a specialist in Chinese elite politics and director of the XIP Institution, a think tank at Xi’an Jiaotong-Liverpool University.

In the Chinese system, “when there is an order from above, people have to act very quickly, in a more competitive way,” he said. That could mean more rigorously enforcing requirements for masks or neighbourhood isolation policies; visitors have already been broadly barred from apartment complexes, and residents have been handed passes that allow them to leave to buy necessities once every two or three days. If “they find somebody who is suspect, they can quarantine the whole family or even the whole building,” Prof. Bo said. “They do a lot of things.”

At the same time, censors are rapidly putting an end to a rare moment of openness, which had allowed public criticism of authorities and independent reporting on the crisis. Many Chinese citizens have accused government officials of a lethargic response that initially allowed the virus to spread unchecked far beyond its point of origin in the city of Wuhan. Authorities in that city are now racing to build eight additional hospitals in converted gymnasiums, exhibition halls and sports centres. A government directive posted by the China Media Project has banned independent reporting, prohibited “information that might have a negative influence” and barred “talk of the Chinese economy being undermined by the epidemic.”

The virus has “revealed that the emperor has no clothes,” dissolving state-led narratives of official competence and the unerring leadership of Chinese President Xi Jinping, said Xu Guoqi, a historian at the University of Hong Kong.

“Beijing is nervous. And as a historian, I think it has reason to be nervous,” Prof. Xu said. Even measured against the numerous crises that have tested the Communist Party over seven decades of rule, the virus “is very, very serious, because people don’t trust them any more. So the only thing at their disposal is just use of force.”

China’s Ministry of Public Security issued orders this week calling for new measures to “create a safe and stable political and social environment for the prevention and control of the epidemic.”

That includes cracking down on online “rumours,” boosting security at medical sites, stopping illegal wildlife sales – believed to be the source of the virus – and responding to price gouging and the sale of counterfeit medical supplies, the report said.

But it also included orders for much more stringent steps, including establishing a “moat” around the national capital region to defend against viral incursion, “cracking down on disruptive activities by hostile forces at home and abroad” and using “a strict and high-pressure posture” to make security services an “effective deterrent” against the spread of the illness.

Authorities across China have already enforced the use of masks and isolated people suspected of carrying the Wuhan virus, which causes pneumonia-like symptoms. In one video circulated on social media Wednesday, an official with a red arm band walks through an apartment complex with a megaphone, calling on residents “to report the arrival of outsiders from Hubei, Wenzhou in Zhejiang province and Hexian in Anhui province” – all places where numerous cases of the virus have been reported. Those who make verified reports will be rewarded, the woman says.

Chinese media have widely reported that people from affected areas have had difficulty travelling in other parts of China. People have been refused entry to hotels and booted from their own apartments. Even pet dogs, falsely identified as carriers, have been attacked.

Behind the panic is a government that has found its sweeping lockdowns have failed to quell the spread of the virus.

“At the moment, we can see the constant daily update of infection numbers, and we must admit that the turning point that we are all waiting for has yet to arrive,” said Jiahai Lu, director of the Centre of Inspection and Quarantine at the School of Public Health under Sun Yat-sen University.

“The number of newly confirmed cases keeps increasing, which means that although Beijing has taken decisive measures following the outbreak, the epidemic spread is not yet controlled.”

If the first stage was to treat critical patients, the next will be to “cut off the source of the infection and implement comprehensive prevention and control,” he said.

China, he said, is entering a period that will involve “more strict action taken at all levels of infection, quarantine and diagnosis. Close contacts will be more rapidly diagnosed. Government will mobilize all possible resources to optimize the process. The battle against the epidemic will be the core of all work.” 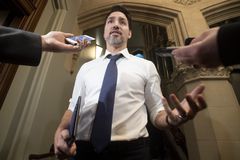 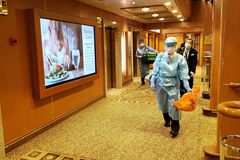 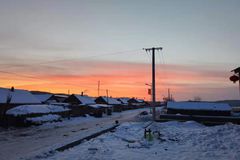