Coronavirus information
The Zero Canada Project provides resources to help you make the most of staying home.
Visit the hub
Muyu Xu and David Stanway
BEIJING
Reuters
Published May 20, 2020 Updated May 20, 2020
Comments
Please log in to listen to this story. Also available in French and Mandarin. Log In Create Free Account

China may struggle to meet its climate pledges this year as it turns to heavy industry and carbon-intensive projects to shore up its coronavirus-stricken economy, government researchers and analysts say.

The world’s biggest greenhouse gas producing country had been on course to reach its target at the end of last year, prompting calls for Beijing to set more ambitious goals.

But experts say the economic damage done by the pandemic – especially to the less carbon-intensive service sector – has made the target far harder to meet.

“We had thought it wouldn’t be a problem for China to meet the carbon targets if previous efforts continued to be carried out,” said an expert at a think tank affiliated with China’s state planning agency, the National Development and Reform Commission (NDRC).

“But the coronavirus outbreak and the approaches to economic stimulus may bring uncertainties,” said the expert, who declined to be named as he is not authorized to talk to the media.

In its own five-year plan, China pledged to cut carbon intensity by 18 per cent from 2015 to 2020, and energy intensity – the amount consumed per unit of economic growth – by 15 per cent.

By last year, energy intensity had fallen 13.2 per cent compared to 2015, according to Reuters calculations based on official data.

The coronavirus outbreak caused China’s carbon emissions to fall 25 per cent in February, according to one estimate, and another study published this week said CO2 emissions from fossil fuel sources fell by as much as 17 per cent a day worldwide in April.

But there are already signs China is turning to “dirty” industries and investments to kick-start its economy, which slowed for the first time in decades in the first quarter.

More heavy industrial output and infrastructure construction over the rest of the year, combined with a weakened service sector, will raise the amount of CO2 produced per unit of GDP growth, analysts say.

“The magnitude of the coronavirus risks turning things upside down … Much will depend on the economic recovery policies Beijing sets over the next few weeks,” said Li Shuo, senior adviser with environment group Greenpeace.

The Helsinki-based Centre for Research on Energy and Clean Air (CREA) warned on Monday that China has usually relied on carbon intensive sources of growth to recover from previous economic shocks – including SARS and the global financial crisis.

“Projects are kings,” said an official with a government think tank in Shanxi province, a top coal-producing region. “All officials in Shanxi have been told to push forward projects in the pipeline and attract new projects to bolster economic growth.”

Shanxi relies on coal for half its jobs and 80 per cent of its energy.

“Local authorities are facing increasing pressure to bring economy back on track in the coming months, albeit with risks of adding emissions,” said an official at China’s coal planning institute, speaking anonymously because he was not authorized to speak to the media.

Scheer says ‘it’s a shame’ Taiwan was not admitted to key WHO pandemic meetings this week
May 19, 2020 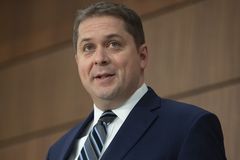 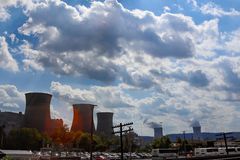 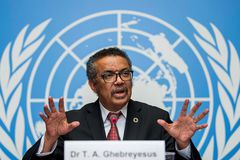