An 18-year Ontario program to train Chinese officials and executives has been gutted since the arrest of Huawei executive Meng Wanzhou gave rise to a deepening dispute between Canada and China.

The Schulich School of Business estimates it has lost $500,000 in bookings for training from China since Dec. 1, 2018, the day Ms. Meng’s arrest put a caution sign on Canada for the Chinese political establishment.

In a normal year, the Asian Business and Management Program would welcome some 15 groups to Canada, at a cost of $5,000 to $10,000 a person. This year, “we’re expecting maybe two or three groups,” said Alan Middleton, executive director of the Schulich Executive Education Centre.

The amount of lost revenue for Schulich is modest compared to the billions of dollars in Canadian agricultural goods – canola and pork, chief among them – whose import China has blocked in recent months.

But the problems at the school reflect how broadly the dispute with China has exacted a toll across various sectors of the Canadian economy. Nearly a fifth of Canadian businesses surveyed by the Canada China Business Council earlier this year said they had been hurt by the dispute. Industries from film to energy to cattle genetics – the export of beef semen – have all reported pain.

Groups that have backed out of the Asian Business and Management Program at Schulich “usually tell us … ‘As you know, there are political issues between Canada and China, and we’re not able to come at this time,’” said Prof. Middleton, a co-founder of the program.

Editorial: China is changing the geopolitical climate. Canada has to mitigate, and adapt

The problems for Schulich also underscore how the most disruption has been experienced by Canadian companies in industries already made vulnerable by changes in China. Take canola, for example. China has blocked imports from two companies in Canada – but at a time when the country is grappling with a fast-spreading outbreak of African swine fever. China’s pig stocks have fallen from 428 million sows, pigs and piglets at the end of 2018 to 375 million this March, the lowest in two decades. The changes have diminished the country’s demand for feed, which is one of the uses for canola.

Executive management training, too, falls in a vulnerable area. In recent years, the Chinese government has used a sweeping anti-graft campaign to take direct aim at overseas training. The Central Organization Department of the Communist Party, which wields immense power through its responsibility for senior personnel appointments across government and state-run industry, has outlawed “high-cost training programs” for leading cadres, civil servants who hold Party and state managerial positions. State media have specifically pointed to executive MBA (EMBA) courses as problematic, calling them breeding grounds for corruption.

Jiang Xueqin, a Harvard researcher who also consults for Chinese schools, likened some of those EMBA courses to “a cruise. It was an opportunity for people to meet each other and have fun together. The actual educational merit of these programs was suspect,” he said.

The Schulich program is different from an EMBA. But it trains similar types of people from China. And in general, “there’s a trend in China to crack down on the behaviour of cadres,” Mr. Jiang said.

Participation in the Schulich program began to decline about 18 months ago, Prof. Middleton said. But cancellations have grown much more numerous since the arrest of Ms. Meng, with cadres booking training in Germany and Britain rather than Canada, he said.

“It is absolutely an offshoot of the political disagreement. There is no other basis for why the business should be moving elsewhere away from us, based on performance or anything else,” Prof. Middleton said.

State-owned entities that have used the school for many years have backed out completely. China Life Insurance Co. has sent executives to Schulich for a decade. This year, none plan to come.

China Life did not respond to requests for comment, nor did the State Administration of Foreign Experts Affairs, which must sign off on permits for Chinese professionals to receive overseas training.

About 80 per cent of the participants in Schulich executive training program had been Chinese, a total of roughly 5,000 people since 2001. Some alumni have gone on to positions of power, including one of the current vice-mayors of Beijing.

Education has become one of the most lucrative Canadian exports to China, with 142,000 Chinese students holding student permits in Canada.

Not all Canadian educational programs in China have been affected, however. Schulich still runs a teacher training program in China. The Alberta School of Business operates a staff training program for Chinese participants as well. “And we are still getting requests,” said Edy Wong, associate dean at the school. He spoke with The Globe and Mail in the midst of guiding three separate groups of students on visits to China. One group stayed at a hotel owned by a Communist Party-run school, while another was hosted by the Chinese Academy of Governance, which is part of the Central Party School – hardly signs of official displeasure.

Chinese officials are “not going to discontinue some of the relationships that are long-standing," Prof. Wong said. When it comes to expressing displeasure with Canada, “they want to make a point. And that point is going to be painful enough that we take notice of what they want. But at the same time, I don’t see them destroying the relationship en masse.”

Canadian universities with significant foreign student populations said they have so far not seen evidence of a decline in Chinese enrolments. Applications from China are up slightly at the University of Toronto, and at McGill, a spokesman said the university had not seen any decline in applications so far in 2019. At UBC, similarly, there is no indication of a problem in Chinese undergraduate numbers. Alison Evans, spokeswoman for Universities Canada, said there is no data to corroborate the notion that political tensions between the two countries had contributed to a decline in applications from China.

Indeed, it is not in the interests of the Canadian government or the corporate sector to “overreact” to Chinese actions, said John Gruetzner, a business and strategic consultant who has worked in China for decades. “People shouldn’t be full of despair. If you have legitimate business interests here, you should continue to engage.”

Those who run the Schulich program say they intend to do just that.

“To be blunt, in this day and age, one can’t ignore China,” Prof. Middleton said. ”So for the future, we want to maintain relationships and maintain a presence – albeit at a lower level, simply because the business has gone somewhere else.”

With reporting by Alexandra Li, and Joe Friesen in Toronto

China is changing the geopolitical climate. Canada has to mitigate, and adapt
May 19, 2019 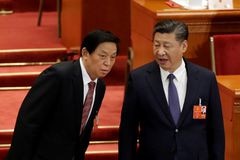 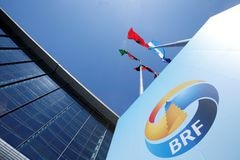