The Chinese government has once again threatened to punish Canada in a new round of verbal attacks from a foreign ministry with a lengthening list of targets among Western countries critical of Beijing’s policies.

China on Monday lashed out at measures taken by Canada last week in response to a new national security law imposed on Hong Kong. Ottawa suspended its extradition treaty with Hong Kong, halted the export of sensitive military goods to the city and issued a warning to travellers going there that they face new risks of arbitrary arrest and potential extradition to mainland China.

“China condemns that and reserves the right to make further responses,” Foreign Ministry spokesman Zhao Lijian said Monday. “All consequences shall be borne by the Canadian side.” He did not specify what those might be.

The Chinese embassy in Ottawa also published a brief notice on its WeChat account warning travellers – who are largely barred from entering Canada at the moment – about the “frequent” occurrences of police violence and demonstrations.

China’s Foreign Ministry occupies a comparatively low position in the country’s state hierarchy of power, and the threats and insults it has made in recent months have come with such frequency that it has grown increasingly difficult to discern which are genuine signals of the world’s second-largest economy preparing to take action.

In the past week alone, China has used virtually identical language to threaten Britain with “further reactions,” called Indian politicians “irresponsible,” accused an Australian think tank of “maliciously smearing” China and dismissed Japan for an “anti-China ‘performance.’ ” Mr. Zhao has labelled the U.S. a “bully,” and called U.S. Secretary of State Mike Pompeo a “brazen liar” whose “lies and rumours demonstrate nothing but ignorance and prejudice.” (Mr. Zhao has reserved more flattering comments for Pakistan, Venezuela, Russia and Cuba.)

A year and a half ago, China responded with force immediately after the arrest of Huawei Technologies executive Meng Wanzhou at Vancouver International Airport. State security agents subsequently seized Canadians Michael Kovrig and Michael Spavor, who remain in detention, and Chinese border authorities rejected imports of canola, beef and other agricultural goods from Canada.

Some of those measures have since been relaxed, and it’s unclear now how seriously China will respond to Canadian criticism of the Hong Kong national security legislation, which has already led to the arrest of young people for holding hand-written signs.

In mid-June, for example, China’s Foreign Ministry described problems discovered with pests in logs imported from Canada, a statement that appeared to signal a new round of retaliatory trade measures.

Chinese importers of Canadian wood, however, say they have encountered no unusual difficulties. Shipments of Canadian wood “have been normal. Nothing bad has happened,” said Cai Chenglei, marketing manager of Shanghai Zimu Industrials Co. Ltd., which deals primarily with Canadian forest products. “The quarantine speed at customs hasn’t been slow, it remains very fast. We are not facing any trouble,” he said.

Zou Zhenghuan, the import and export manager at Shanghai Jinheng Trading Co. Ltd., said he had seen the statement from China’s Foreign Ministry. But “we’ve seen no changes” in the movement of Canadian product, he said. His company has discussed diverting purchases to other countries given “the problems happening between China and Canada.” But it hasn’t yet done so, and at the moment, “customs and the whole market remain very friendly to” Canadian forestry imports.

On Monday, people commenting on Chinese social media responded with occasional laughter to the embassy’s statement about the dangers of police violence in Canada. Some mocked Ms. Meng for choosing to live in such a “dangerous country” – the Huawei executive owned two houses in Vancouver before her arrest.

At the Foreign Ministry, Mr. Zhao, the spokesman, also waved away a question about the reasons for Beijing’s new anger with Ottawa.

The Canadian government said it would treat Hong Kong no differently from mainland China in matters of military exports. Canada and China also do not have an extradition treaty. Why, then, would China be displeased with Canada for treating Hong Kong as part of China?

“You are using lame arguments and perverted logic,” said Mr. Zhao, in response to a question from The Globe and Mail.

“Don’t you know that [the Canadian response] is an act of interference with China’s internal affairs?” 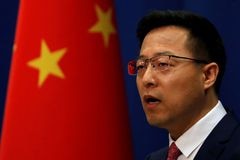 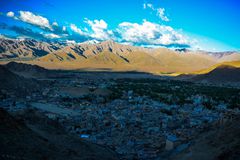 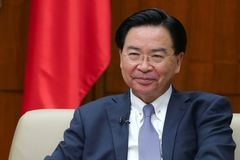