When Samina Baig surveys the peak of K2 breaking the Karakoram skyline, she sees unfinished business. Pakistan’s trailblazing mountaineer has long had her eye on the country’s most notorious and demanding climb.

“K2 is my ultimate dream,” she said on the phone from Islamabad. “I know it is one of the utmost toughest mountains in the world. I am ready to face the challenge.”

Ms. Baig will attempt a summit in June. If she is successful, it will be a first for Pakistani female mountaineers – a group increasingly trying to make a mark on their country’s highest peaks. And while the ascents themselves are challenges of the most extreme variety, these women face obstacles before even putting on their crampons. They must conquer peaks that mountaineers of all nationalities and genders risk their lives to climb – and secure some of the financial support much more easily afforded to Europeans and North Americans. 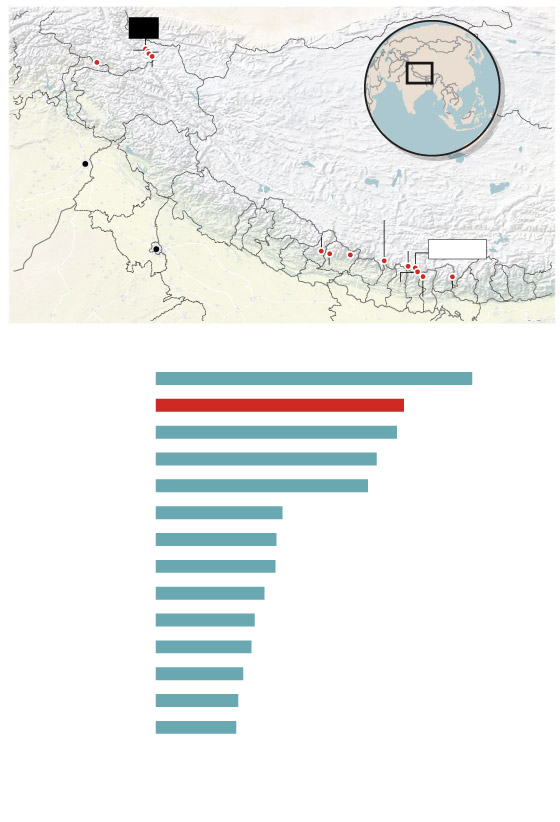 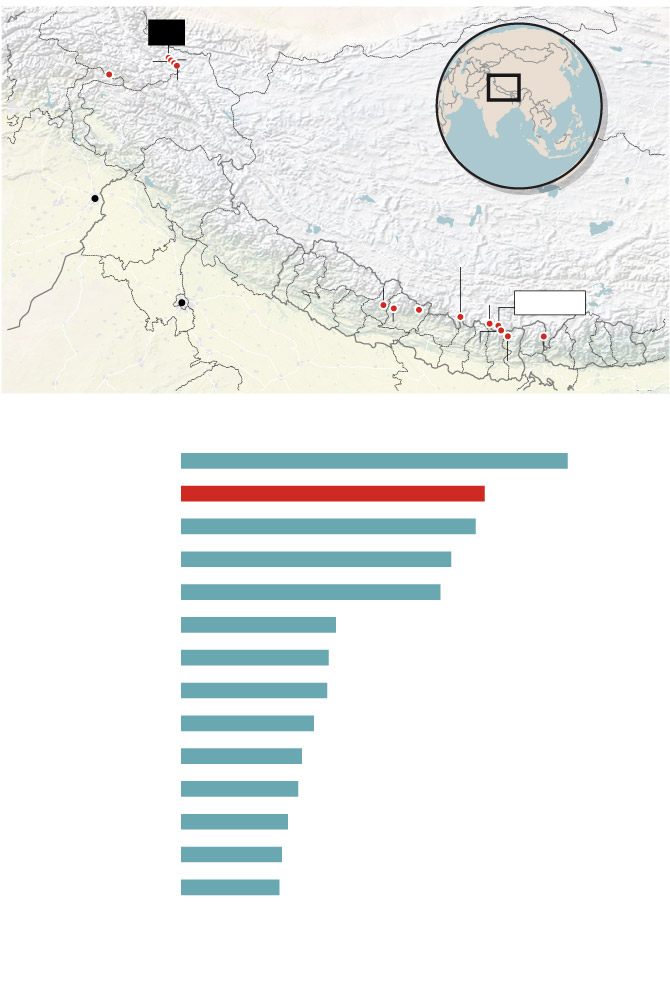 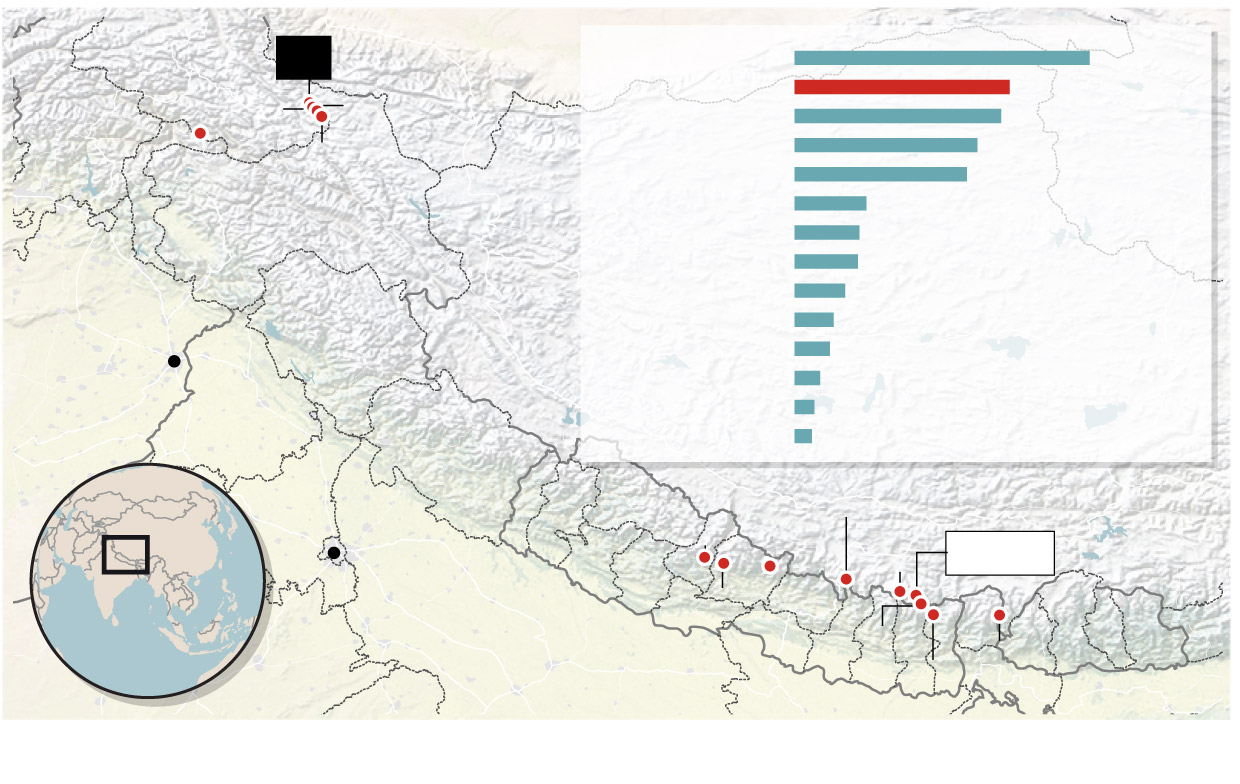 Known colloquially as Savage Mountain, K2 is the highest peak in the world after Mount Everest and the tallest in the Karakoram Range. Rising 8,611 metres above sea level, its steep slopes are often stripped of snow so that only ice and rock remain. Hurricane-force winds and 60-below temperatures contribute to its status as one of the deadliest summits. Its death rate is roughly one for every 5.5 successful climbs; Everest’s, by comparison, is one for every 33 ascents. In 2008, 11 climbers died in one brutal 48-hour period.

“K2 is definitely the most difficult,” said Peter Farkas, president of the International Climbing and Mountaineering Federation. “It doesn’t matter that it is 200 metres lower than Everest, it is definitely more demanding technically.” He cites the lack of oxygen, and the cold and unpredictable weather as key reasons for the high mortality rate, as well as the high altitude of climbers’ final sleep before they summit. On K2 the highest camp lies around the 8,000-metre mark, which he calls “the physiological limit for human beings.”

Less than 400 people have summited K2 – only 21 were women – and Ms. Baig, 30, knows well the risks of attempting such a climb. In 2013, she became the first Muslim woman to scale Mount Everest. In 2014, at the age of 24, she became the first Pakistani woman to complete all of the so-called Seven Summits (the highest peaks on each continent). And in the summer of 2015, she set out to scale K2, but a forearm injury, caused by falling debris, and severe neck pain forced her to turn back during an acclimatization trial after Camp 1.

But Ms. Baig and other local climbers need more than records. They need money.

Pakistan is home to five of the 14 peaks that reach higher than 8,000 metres (as well as 108 peaks above 7,000 metres). Yet the country is often neglected as a climbing destination. In June, 2013, the Pakistani Taliban killed a Pakistani guide and 10 foreign climbers at a base camp of Nanga Parbat, the world’s ninth-highest mountain. This attack further fuelled the perception of Pakistan as unstable.

In the past few years, however, foreign climbers have been tentatively returning, and a recent push to be the first to summit K2 in winter – achieved on Jan. 16, 2021, by a Nepalese team – brought more than 70 climbers and guides of varying nationalities onto the mountain.

Amid the K2 fervour, however, Pakistani climbers – of all genders – remain underrepresented.

Finances and geography are crucial to the narrative of local mountaineering here. The country’s mountains are located in the north, with the concentration of highest peaks found in the federally administered autonomous territory of Gilgit-Baltistan. Trekking and mountaineering are the economic underpinning of this area, and people grow up embedded in the climbing world. But elsewhere in Pakistan it is often forgotten.

Mountaineering “is the most ignored sport in the country,” Ms. Baig said, noting that makes it difficult to secure funding. She has not received any government financial support for her summits, and while corporate sponsors often assist Western climbers, Pakistanis have historically had no such backing. “In our country, somehow the companies believe that cricket is the only sport,” she adds. Instead, private individuals sponsored her Everest and Seven Summits climbs.

“Mountaineering is not an easy sport. It is very expensive,” explained Karrar Haidri, secretary of the Alpine Club of Pakistan. An attempt at a 7,000-metre peak costs around $10,000; the average sum for 8,000-metre peaks is roughly $50,000. These amounts cover training, guides and gear.

Training in Pakistan is significantly cheaper than in other countries, said mountaineer Yousaf Khawaja, but it is not enough to cover the climbing aspirations of his daughter, Selena Khawaja. In 2019, at the age of 10, she set a world record as the youngest person to climb a 7,000-er when she summited Spantik Peak, also in the Gilgit-Baltistan region. In July, she plans to tackle the 8,047-metre Broad Peak, on the border of Pakistan and China. She dreams of becoming the youngest person to scale Everest, and continues to press the Nepalese government to give her a permit for it despite the new minimum age of 16.

Both Selena and her father are dual Canadian-Pakistani citizens, and although they remain in Pakistan to train, they climb representing both countries. While the family has previously shouldered the cost of her climbing, Selena’s coming trek is too expensive to cover personally. “They keep promising, but we haven’t seen a single penny,” Mr. Khawaja said of the Pakistani government’s commitment to help fund her expeditions. He is hoping they can raise funds publicly to help with the expenses.

“We have so many mountains here, I think Pakistani climbers should also be recognized,” Selena said on a call in between bites of cereal at her home in Abbottabad. She looks up to Ms. Baig. “I think she [Samina] is going to be successful because she is very strong. She is prepared for it.”

One advantage Ms. Baig has is that she’s been immersed in these mountains her whole life.

She grew up in Shimshal, a settlement of villages situated 3,000 metres above sea level near the Chinese border. Tucked between snow-capped peaks, it is a place of thin air and human perseverance. Until a road was constructed in 2003, the settlement was cut off from lower altitude communities. Year-round electricity only became available in 2018.

The people of Shimshal are Wakhi, an ethnicity that belongs to the Ismaili sect of Shia Islam. The Wakhi are renowned in the north as porters, accompanying Western mountaineers for generations, yet they remain much less famous than the Nepalese Sherpa. Yet the first Pakistani to climb the country’s five 8,000-metre peaks – Rajab Shah – hails from Shimshal.

Fellow mountaineer Nadeema Sahar, 30, also calls the area home. As she grew up watching European women climb the nearby mountains, she wondered why she couldn’t do the same.

“Why can’t we wave our own flags?” Ms. Sahar said, referring to mountaineers’ habit of displaying their country’s emblem at the summit. “If they can do it, why can’t we?” So she did just that as part of the nine-member Pakistan Women’s Expedition in 2012, setting several records by scaling three 6,000-metre peaks in the Karakoram range in just six days.

“To me, they are equal in this sport,” Mr. Farkas said of female and male climbers. Asked about the gender imbalance in mountaineers attempting K2, he said it has to do with society rather than stamina or strength. “I am sure that this ratio will change.”

Ms. Baig continues to focus on her summer K2 expedition, hoping to set that new record of her own. And she has finally made progress in terms of financial support. The Special Communications Organization, which provides telecommunications in the north of Pakistan, is sponsoring this latest climb.

She wants her expedition to raise awareness for climate change – a reality she and other northerners confront regularly. During her previous K2 attempt, she vividly remembers how, even above 6,000 metres, the snow was not freezing during the night. “These are the impacts we see firsthand every day,” she said.

But she makes her preparations in the shadow of tragedy. The global climbing community is mourning the recent deaths of three experienced mountaineers on K2. Pakistani Muhammad Ali Sadpara, 45, Icelander John Snorri, 47, and Chilean Juan Pablo Mohr, 33, went missing on their second summit attempt this winter. The three men were last seen Feb. 5, roughly 300 metres from the peak, at a treacherous narrow gully known as the Bottleneck, and were declared dead on Feb. 18 after extensive helicopter and satellite image searches failed to find them. Mr. Sadpara was legendary within Pakistan, having previously taken part in rescue operations on 8,126-metre Nanga Parbat and being part of the first team to climb that mountain in winter.

“It was a great great loss for the mountaineering community,” Ms. Baig said. “We know the challenges on the mountain and we know anything can happen to us. We are prepared, especially mentally, we are prepared. Being a mountaineer it’s part of the game.”