In normal times, the border separating England and Wales goes largely unnoticed as it winds through the middle of Hay-on-Wye, a tourist town best known for its annual literary festival. But as COVID-19 roars back in the U.K., the boundary has suddenly become a stark dividing line between two very different approaches to the pandemic.

On the Welsh side all the pubs, restaurants, non-essential shops and most schools have been closed for 17 days as part of a “circuit breaker” lockdown that applies to all of Wales. But on the English side everything is open, and the only restrictions limit social gatherings to six people and require pubs to close at 10 p.m.

“It’s frustrating,” said Edith Farnworth, whose family business, By The Wye, rents luxury cabins on the Welsh side of Hay. She’s had to close down and cancel a full slate of bookings for the upcoming midterm school holiday. “If it was a U.K.-wide initiative, then it would be a bitter pill that we would swallow,” she said. “But because our neighbours half a mile down the road are still open and operating, it just seems very unfair.”

Ms. Farnworth’s complaints have been echoed across the country as Prime Minister Boris Johnson comes under increasing criticism over his handling of the pandemic. Mr. Johnson’s regional strategy – which he once dubbed “whack-a-mole” – was supposed to snuff out outbreaks and avoid the need for a national lockdown.

The measures proved too complex at first, so this month he introduced a three-tiered system of alerts. So far four regions – Liverpool, Manchester, Lancashire and the Sheffield area – have gone into Tier 3, which requires most pubs to close and bans households from mixing with other households.

But there’s little sign the strategy is working. The number of confirmed cases has almost doubled in the past two weeks to more than 20,000 per day. In some parts of the country, doctors are treating as many COVID-19 patients as they did last March.

A host of inconsistencies has undermined the effort. The city of Bolton, in northern England, has been under three different sets of restrictions in the past two months, and some businesses still don’t know whether to open or close. Gyms were allowed to open in one Tier 3 city but not in another. Some pub owners have considered serving sausage rolls in order to qualify as restaurants and avoid Tier 3 restrictions that force establishments to close if they only sell alcohol and snacks.

The public has been left baffled as well. A recent survey of 14,500 people by University College London found that just 13 per cent of respondents fully understood the restrictions in their area. Another UCL study involving 70,000 people showed that 56 per cent have no confidence in the government’s handling of the crisis. That was up from 25 per cent in March.

“If you look where we are, there’s no way we come out of this wave now without counting our deaths in the tens of thousands,” John Edmonds, an infectious-disease expert who sits on a government advisory panel, told a parliamentary committee this week.

He and other experts have argued for a short nationwide lockdown to help ease the strain on the National Health Service. A recent study by a team of researchers estimated that a two-week lockdown could lower the infection rate by as much as 50 per cent and save thousands of lives.

Mr. Johnson has said he won’t rule anything out, but he has also made it clear that he wants to stick with the regional approach. “I think that [a temporary lockdown] really would be economically, socially, psychologically very damaging and difficult for the country,” he told a news conference this week. “We do think that the local measures are right.”

He’s right to be concerned about the economy. After showing brief signs of life during the summer, economic growth has slowed significantly. Figures released Friday showed that business activity in October fell to the lowest level since June, while a report from PwC UK said Britain had seen a net loss of 6,001 stores in the first six months of the year – a record high.

But many regional leaders have ignored Mr. Johnson and taken a tougher stand. Along with Wales, the government in Northern Ireland has introduced a month-long partial lockdown and closed pubs and restaurants. Scotland has launched a five-level alert system, which ranges from minimal restrictions to a near-total lockdown.

Those differing approaches have also highlighted Britain’s ill-defined structure of government, which has been badly exposed by the pandemic.

Unlike Canada, which has a Constitution that defines federal and provincial responsibilities, Britain does not have a written constitution and the country has been largely run from Westminster for centuries. Over the past 25 years there has been a push to bolster legislatures in Wales, Scotland and Northern Ireland and share some powers, including greater responsibility over health care, but it’s not always clear who does what.

In the early stages of the pandemic, Westminster and the regional governments stayed in tune and imposed the same measures. That changed last spring when the lockdown began to ease. Mr. Johnson was eager to reopen the economy, but the regional leaders were more cautious and set their own courses. The result was a series of conflicting messages and regional power struggles with Westminster. Mr. Johnson found himself in the unfamiliar position of being Prime Minister of the country but unable to control anything beyond England when it came to COVID-19.

Manchester Mayor Andy Burnham said the pandemic has prompted a debate about decentralization and whether regional and municipal powers should be better defined. “Perhaps this is a moment where England grows up a little bit around evolution and the relationship between Westminster and the rest of the country,” he told a parliamentary committee this week.

Back in Wales, John Turner is just trying to figure out how he’ll get through another lockdown. Mr. Turner runs the Dolphin Inn pub in Llanymynech, which straddles the Welsh-English border. He’s on the Welsh side and has to close. He’s already thrown away £300 worth of fresh beer and he’s furious that pubs across town in England can stay open. “We’re having a 17-day lockdown, and they are having a whale of a time across the road,” he said dejectedly. “It’s very disappointing. We’ll just have to see what happens.” 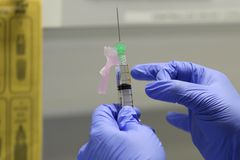 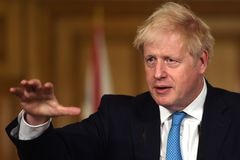 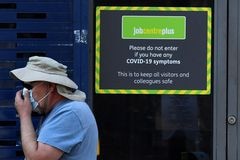 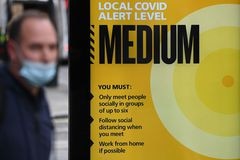 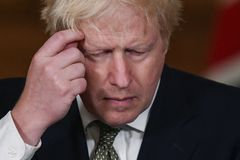