The coronavirus pandemic has proved severe enough to tamper even with the carefully laid plans of Russian President Vladimir Putin.

One week after declaring that the outbreak was “under control” in Russia, Mr. Putin has been forced to postpone an April 22 referendum on proposed constitutional changes that would allow him to stay in power until 2036. He said delaying the vote was a “serious” but necessary step.

“We see how severely the coronavirus epidemic is developing in the world. In many countries the number of cases is continuing to grow, the whole world economy is under threat,” he said Wednesday in a televised address. “The absolute priority for us is the health, life and safety of people. Therefore, I believe that the vote should be postponed until a later date.”

This was supposed to be a triumphant spring for the long-ruling Russian leader. The April referendum was to be followed by a massive May 9 military parade on Red Square – to mark the 75th anniversary of the defeat of Nazi Germany – attended by leaders from around the world.

It’s a schedule the Kremlin was clearly reluctant to alter, especially as Russia has far fewer confirmed coronavirus cases than China, which is on its eastern border, or many of the European countries that lie to the west of it. So far, Russia has recorded just one COVID-19 death. But things have changed in the past 48 hours, particularly after the number of cases in the country spiked by a third Wednesday, from 495 to 658.

On Tuesday, Russian state television showed Mr. Putin – wearing a gas mask and a yellow hazmat suit – visiting the country’s main hospital for treating coronavirus patients. The facility’s chief doctor, Denis Protsenko, told Mr. Putin that Russia needed to “prepare for the Italian scenario” – a reference to the runaway pandemic in Italy that has seen almost 70,000 cases and 6,820 people die of the virus so far.

“We managed to restrain the spread of the disease, but it is impossible to completely block the infiltration of the coronavirus,” Mr. Putin said in his speech. "Don’t think that ‘this can’t happen to me.’ It can happen to anyone. … The most important thing is to stay home.”

Mr. Putin declared that all businesses should close next week while continuing to pay their workers. He also announced a package of economic measures, including payments to families of 5,000 rubles (about $91) per child, as well as tax and loan repayment holidays for individuals and businesses.

There was no mention of the Victory Day parade in his speech. This year’s event was due to be the biggest ever and expected the attendance of foreign leaders such as China’s Xi Jinping, India’s Narendra Modi, France’s Emmanuel Macron and one or more senior representatives from the U.S. government (President Donald Trump, facing re-election in November, was not expected to attend). The event was also supposed to signify the end of Russia’s semi-isolation following its 2014 annexation of Crimea.

While those leaders are no longer expected to attend, Russian media reported this week that the celebration could go ahead as a television-and-internet spectacle – with 15,000 soldiers and 400 pieces of military equipment rolling through the otherwise empty streets of Moscow.

One reason Russia has been slow to cancel events has been the relatively low number of confirmed cases in the country. Kremlin-controlled media have pointed to Russia’s early decision to close its border with China on Jan. 31, as well as aggressive testing of arrivals from hot spots such as Iran and Italy, as contributing to the low infection rate.

However, questions have been raised about the test Russia has been using, which is not as sensitive as the kits used by other countries. And, despite a worrying 37-per-cent spike in pneumonia cases in January in Moscow, Russians are only tested if they both display symptoms and have visited a hot spot in the previous two weeks.

“I’m not that sure that all is so safe here,” Alexander Chepurnov, a leading virologist and former head of Ebola research at the Russian State Research Centre of Virology and Biotechnology, told the Siberian Times this month. “What is worrying, in my opinion, is that I do not understand why they do not take samples from all people with pneumonia. All these cases are now ascribed to seasonal flu.”

The city of Moscow, which appears to be taking the coronavirus threat more seriously than the federal government, this week ordered restaurants and cafés to shut down and banned gatherings of more than 50 people.

Residents over the age of 65 have also been instructed to stay indoors – though the Kremlin quickly made it clear that the new measures did not apply to the 67-year-old Mr. Putin. 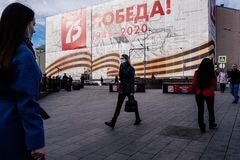 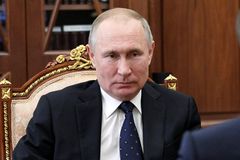 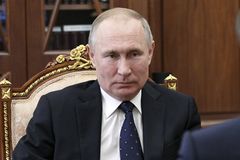