An Italian businessman, now in quarantine in Nigeria, has been identified as the first COVID-19 case in sub-Saharan Africa, until now one of the world’s last remaining regions to have reported no cases.

The man arrived from Milan four days ago on a flight to Lagos, one of the biggest and most densely populated cities on Earth, with about 20 million people. He passed through the city’s airport undetected, without symptoms, and later became ill in neighbouring Ogun state, Nigerian authorities said.

Health authorities are now rushing to trace all of the man’s contacts on the plane and in Nigeria. They say the patient is clinically stable in a hospital in Lagos, with no serious symptoms.

The announcement of the first coronavirus case in sub-Saharan Africa will be a crucial test for the region after weeks of intense preparations. African countries could be particularly vulnerable to the disease because of fragile health-care systems, porous borders and close links to China.

A few weeks ago, only two African countries – South Africa and Senegal – had laboratories to test for the coronavirus that causes COVID-19. Since then, many African countries have raced to prepare labs and, today, more than half the continent’s 54 countries are able to perform the test.

Two cases were detected in Egypt and Algeria within the past two weeks, although the patient in Egypt has recovered and has tested negative for the virus, Egyptian authorities said.

South Africa warned Friday that it expects the virus to arrive there. “Given these recent developments globally and in Africa, it is not unlikely that we will have importation of COVID-19 to South Africa,” the National Institute for Communicable Diseases said in a statement.

It also disclosed that two South African workers on the Diamond Princess cruise ship in Japan had tested positive for the coronavirus. They are “in good care” under treatment in Japan, the institute said.

Nigeria, the most populous country in Africa, was praised for defeating an Ebola outbreak in 2014, when an air traveller arrived in Lagos with the virus and infected 20 other people. Nine people died, including four health workers, but the outbreak was rapidly contained by officials who traced and monitored hundreds of contacts. The World Health Organization later said Nigeria had conducted “world-class epidemiological detective work.”

On Friday, Nigerian health experts were urging the country to avoid spreading rumours or panic. “Citizens must not abuse social media and indulge in spreading misinformation that causes fear and panic,” Nigerian Health Minister Osagie Ehanire said in a statement.

A multisectoral preparation group, led by the Nigeria Centre for Disease Control, has “immediately activated its national Emergency Operations Centre,” the Health Minister said. “We have been beefing up our preparedness capabilities since the first confirmation of cases in China.”

The WHO has already identified Nigeria as one of 13 high-priority African countries and has sent experts to the country to help with its preparations. The 13 countries were deemed high-priority because of their large volume of travel to and from China.

“We can’t build walls against viruses,” said Chikwe Ihekweazu, director-general of the Nigeria Centre for Disease Control, at a media briefing Friday after the Italian patient was identified.

“We are working hard to identify and monitor all likely contacts of the confirmed case to reduce spread of the virus. The patient is quite responsive and able to recall his interactions.”

The WHO has said the coronavirus threat in Africa is “considerable” because of the fragile health-care systems on the continent.

“No country should assume they won’t get coronavirus,” WHO director-general Tedros Adhanom Ghebreyesus said Thursday.

Based on their air-travel links to China, the highest-risk African countries include Egypt, Algeria, South Africa, Nigeria and Ethiopia, according to a study in the medical journal The Lancet. 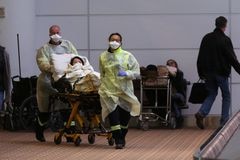 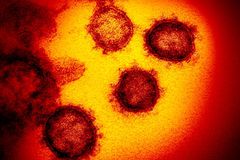