A court in Montreal has authorized the seizure of a Bombardier private jet as part of a Nigerian government effort to recover assets from a key figure in one of Africa’s biggest corruption cases.

The luxury jet, purchased for US$57-million by a former Nigerian cabinet minister in 2011, flew into Montreal-Trudeau International Airport on May 29 and became the subject of a court order within hours of its landing, according to reports that emerged on the weekend. Bombardier says it is not a party in the court case and did not sell the plane to the cabinet minister.

Justice Chantal Masse of the Quebec Superior Court, responding to a Nigerian government request, ordered on May 30 that bailiffs seize the Bombardier 6000 jet with tail number M-MYNA. The plane had reportedly been flown from Dubai to Montreal for a servicing to allow it to be sold.

Justice Masse authorized the court’s bailiffs to “take control of and possession of the jet and the log book, and take all necessary action to ensure their preservation,” the court order says.

The former Nigerian oil minister, Dan Etete, was a central figure in a massive US$1.3-billion oil deal that involved the multinational oil giants Shell and Eni. The deal is now the focus of a corruption trial in Italy, where Mr. Etete and others are facing charges.

Mr. Etete allegedly paid a US$54-million deposit for the Bombardier jet on the same day when he received US$336-million as part of the Nigerian oil deal. He also reportedly purchased three armoured Cadillacs and a batch of luxury shotguns in the same spending spree. Big-game hunting is one of his hobbies.

Mark Masluch, a spokesman for Bombardier Aviation, said on Sunday that Bombardier did not sell the aircraft to Mr. Etete or any other Nigerian client. Bombardier is not a party to the Montreal court order, was unaware of the court order and was not involved in the servicing of the plane, Mr. Masluch told The Globe and Mail.

Mr. Etete was oil minister in the final days of the military dictatorship of General Sani Abacha, who died mysteriously in 1998. As minister, he allegedly awarded the rights to the lucrative OPL 245 oil block to a company that he secretly controlled, and later transferred the block to Shell and Eni in exchange for massive payments to the Nigerian government and to others, including himself.

The oil companies, along with Mr. Etete and other defendants in the corruption trial in Italy, have all denied any wrongdoing.

Nigerian authorities have also issued an arrest warrant for Mr. Etete in connection with the OPL 245 oil deal. He denies any wrongdoing.

Nigeria, the most populous country in Africa with 200 million people, is the biggest oil producer on the continent. But corruption is widespread among its political elite, and nearly half of Nigerians live in poverty, despite the country’s vast oil wealth.

A Nigerian government lawyer, who has been trying to recover the alleged proceeds of the OPL 245 oil deal since 2016, provided an affidavit to the Quebec court to justify the seizure of the airplane.

The jet was reportedly grounded for four years in Dubai, where Mr. Etete has a residence, before its unexpected flight to Montreal, which the lawyer and his investigators followed from flight-tracking data.

It is unclear whether Mr. Etete still controls the jet. The court order suggests that the plane’s official owner is Tibit Ltd., an anonymously owned company that was incorporated in the British Virgin Islands.

Finance Uncovered, a non-profit London-based investigative reporting unit, said this weekend that Tibit’s sole director is a Montreal-based former employee of Bombardier, Giuseppina Russa, who is named in the court order. She told Finance Uncovered that she had been hired as a contractor to decorate the plane’s interior but had no dealings with Tibit since 2013 and had asked to be removed as a director several years ago. She left Bombardier in 2008, Mr. Masluch said.

In 2015, Bombardier sold a similar jet for US$52-million to South Africa’s Gupta brothers, a business family that was at the heart of South Africa’s biggest post-apartheid corruption scandal. The Guptas are facing criminal investigation for their business dealings with the son of former president Jacob Zuma, who resigned in 2018 under pressure from the corruption scandal.

The Gupta deal was financed by Canada’s export agency, Export Development Canada, which later investigated the deal and admitted it had made errors by providing a loan to the Guptas.

Documents suggest that Mr. Etete has purchased a mansion in the same exclusive Dubai property development where the Guptas own property, Finance Uncovered says. 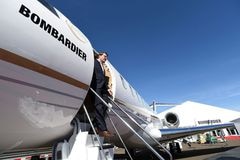 Bombardier to lay off nearly 200 workers on regional rail services in GTA
June 4, 2020 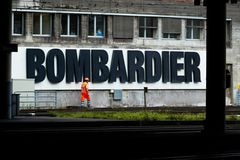 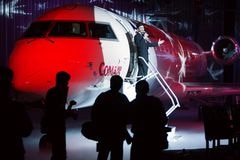