British Prime Minister Boris Johnson’s battle with Parliament over Brexit has taken a new twist after a Scottish appeal court ruled that his decision to suspend Parliament was illegal and a failure to abide by “generally accepted standards of behaviour.”

The ruling by the panel of three judges throws more confusion into Brexit and raises new questions about whether MPs will be able to thwart Mr. Johnson’s pledge to pull the country out of the European Union on Oct. 31, no matter what.

The Prime Minister has been on a collision course with opposition MPs and some Conservatives who are trying to block a no-deal Brexit and, on Tuesday, he suspended Parliament until Oct. 14. That move sparked outrage among MPs and led to legal challenges in Scotland and England, which will ultimately be decided by Britain’s Supreme Court.

Explainer: Where are we at with Brexit?

On Wednesday, the Scottish appeal judges overturned a lower court decision and found that the prorogation “was unlawful because it had the purpose of stymying Parliament.” The judges added that the court “will accordingly make an order declaring that the Prime Minister’s advice to [Her Majesty] the Queen and the prorogation which followed thereon was unlawful and is thus null and of no effect.”

A spokesman for Mr. Johnson said the government would immediately launch an appeal to Britain’s Supreme Court. That court is expected to hear the case next week and it could overrule the Scottish court, which said its ruling won’t apply until the high court makes its decision.

Wednesday’s ruling was hailed by opposition MPs as a major victory and they demanded that Parliament return. “We are calling for Parliament to be recalled immediately,” said Joanna Cherry, a Scottish National Party MP who led the legal fight. "You cannot break the law with impunity, Boris Johnson.”

MPs have already passed a law that’s designed to prevent a no-deal exit, but Mr. Johnson has indicated that he plans to find a way around that legislation. If Parliament is reconvened, MPs have vowed to take further steps to stop him.

But, in a further complication, a court in London has come to the opposite conclusion of the Scottish appeal court on the same issue. In the ruling made public Wednesday, a panel of three judges ruled that “a decision to prorogue Parliament is a prerogative power, a discretionary power still in the hands of the Crown” on advice from the Prime Minister. The London decision has also been appealed to the Supreme Court.

The Supreme Court judges will now have to decide whether Mr. Johnson’s actions went beyond the country’s constitutional conventions. Britain doesn’t have a written constitution and instead it relies on historic documents, such as the Magna Carta, as well as a collection of rules, laws and conventions.

Normally, a Prime Minister’s decision to suspend Parliament would be considered a political matter and beyond the purview of the courts. The London court and a lower court in Scotland both dismissed the case on that basis. The Scottish appeal court, however, said Mr. Johnson’s decision could be reviewed if his motives were designed to stymie Parliament.

The appeal court heard allegations that Mr. Johnson misled MPs and the public about suspending Parliament. The judges were told that, on Aug. 25, his officials flatly denied reports that the government was considering prorogation as a way of stopping MPs from debating Brexit. Four days later, Mr. Johnson asked the Queen to prorogue Parliament from Sept. 9 or 10 until Oct. 14.

Documents filed in court showed that Mr. Johnson had quietly approved the decision two weeks earlier. In a memo dated Aug. 15, he endorsed a recommendation from his senior advisers that Parliament should be halted for five weeks. Mr. Johnson argued in the memo that Parliament traditionally shuts down for a couple of weeks in the fall anyway to allow political parties to hold their annual conventions.

And in a dig at one of his predecessors, former prime minister David Cameron, Mr. Johnson added: “The whole September session is a rigmarole introduced by girly swot Cameron and show the public that MPs are earning their crust.”

Lawyers for the MPs argued the documents showed Mr. Johnson “actively misled” Parliament and the Scottish court agreed. The judges said the documents proved that the real purpose of the prorogation was to prevent “Parliament holding the executive to account and legislating with regard to Brexit, and to allow the executive to pursue a policy of a no-deal Brexit without further parliamentary interference.”

They added that “this was an egregious case of a clear failure to comply with generally accepted standards of behaviour of public authorities.”

Jim Cormack, a law partner at the Edinburgh office of Pinsent Masons, said the ruling was a surprise and it “radically changes the legal landscape" ahead of the Supreme Court hearing. He said the decision will give the challengers more confidence at the high court. “Although that doesn’t get anyone home, the challengers will feel better than they would have done if the [appeal court] had ruled against them." 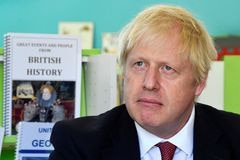 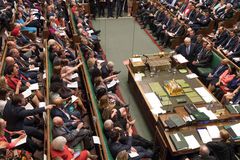 Explainer
Where are we at with Brexit? An ongoing guide 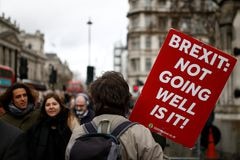