Researchers in Britain have found that the antibody response to COVID-19 remains high for almost a year after one dose of the Oxford-AstraZeneca vaccine and have questioned the need for booster shots.

Scientists at the University of Oxford, which helped develop the vaccine, found that antibody levels waned over time after the first dose but not as quickly as some had feared. In a study that involved about 150 participants, they showed that after 180 days antibody levels were still at half the level recorded on day 28, the peak of the immune response. After 320 days, they were still 30 per cent as high.

In most countries the interval between the first and second doses of the AstraZeneca vaccine has been set at eight to 12 weeks, which has also been recommended by the World Health Organization.

Feeling bad after a second COVID-19 vaccine dose? Here’s why that should buy you some peace of mind

“What we’ve been able to show is that when there’s prolonged intervals of 15 to 25 weeks and even as long as 44 to 45 weeks between dose one and dose two, you get a very strong antibody induction,” said Teresa Lambe, an associate professor at Oxford’s Jenner Institute. “That’s very encouraging for countries where there may be limited supply in the short term.”

The researchers also found that a third shot of the vaccine, given 30 weeks after the second jab, brought the antibody response back up to the same level observed after the second dose. “This is very encouraging because we’ve already demonstrated that two doses of [the vaccine are] both efficacious and effective,” Dr. Lambe told a news conference Monday.

She added that the study also found the third shot increased the neutralizing antibodies against the Alpha and Delta variants.

Studies from Public Health England have found that one dose of the AstraZeneca vaccine provides more than 70 per cent protection against hospitalization from the Alpha and Delta variants while two doses offer about 90 per cent.

Andrew Pollard, director of the vaccine group at Oxford, said it makes sense for countries with sufficient supply to administer two shots as quickly as possible, especially given the rise of the Delta variant, which was first associated with India. “If you have a lot of transmission in a population and plenty of supply, give two doses,” Dr. Pollard said Monday. However, the study found that “if you have insufficient supply, even having one dose will have a huge impact on reducing hospitalization and deaths.”

The researchers said the findings will offer reassurance to many low- and middle-income countries that have struggled to provide second doses within the 12-week timeframe. “We have previously shown that protection against symptomatic COVID-19 is maintained after a single dose for at least three months, despite some waning of antibody levels, and we now report that the antibody levels remain elevated for at least one year after single-dose immunization,” the study said.

Health officials in many countries have raised questions about the long-term immunity provided by vaccines, and some are considering booster shots this fall.

Dr. Pollard said that while the findings regarding third doses were encouraging, it wasn’t clear whether booster shots would be necessary. “We don’t have the scientific case yet from the U.K. data for boosting,” he said.

He said that, given the effectiveness that both the AstraZeneca and Pfizer-BioNTech vaccines have demonstrated against the Alpha and Delta variants, excess doses should be donated to other countries. “At this point, with high levels of protection in the U.K. population and no evidence of that being lost, to give third doses while other countries have zero doses is not acceptable,” he said. “We really have to make sure that other countries are protected.”

The Oxford group and AstraZeneca have also begun trials of a new vaccine aimed at the Beta variant, which was first associated with South Africa. More than 2,000 volunteers are being recruited in Britain, South Africa, Brazil and Poland.

Dr. Pollard said the group targeted the Beta variant for the new vaccine because it has proven to be slightly better at evading immunization than Alpha or Delta. He also said the project will help prepare vaccine makers for future variants. “We do need to test the system to find out how to do the redesign quickly,” he said. “How do we rapidly manufacture vaccines for new variants and of course how do we work with regulators about the whole testing and approval process?” 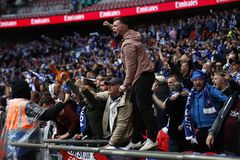 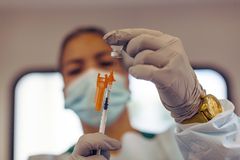 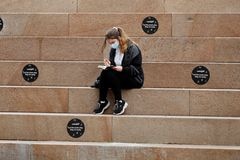