Millions of children in Nepal are now at greater risk of suffering from malnutrition, as the socio-economic fallout brought about by the COVID-19 crisis causes more harm to the country’s younger population than the disease itself.

Nepali children, like children everywhere, have so far largely been spared acute health effects from the novel coronavirus. But, in this country of almost 30 million people, a battered economy and lockdowns triggered by the pandemic are disrupting essential health services and much-needed food supplies.

Those setbacks have in turn reversed progress in combatting childhood malnutrition – a national epidemic that authorities here have struggled with for decades.

“We are barely surviving amid this pandemic by doing household chores,” said Ambika Kafle, a domestic worker in the Nepali capital of Kathmandu and a mother of three. “If my husband and I stop working, our children will die from hunger. There’s no option but to work despite having the fears of COVID-19 reinfection.”

Before the pandemic, Unicef estimated that 43.5 per cent of children in Nepal under the age of five suffered from malnutrition. Around 882,000 of them were stunted, meaning their growth was permanently affected, while about 364,000 suffered from wasting, meaning they were seriously underweight. At the time, undernutrition accounted for 52 per cent of child deaths in Nepal every year.

The pandemic is likely to greatly increase those numbers. “It is estimated there will be a 14.3 per cent case increase in wasting due to the secondary impacts of COVID-19,” Karan Courtney-Haag, chief of nutrition for Unicef’s office in Nepal, said. “This equates to approximately 83,000 new cases of wasting among children under five years of age.”

Experts say that Nepal’s malnutrition crisis is being driven by unemployment. “In recent months, COVID-19 has turned from a health emergency to a food and livelihood crisis,” the Nepal Country Office of the United Nations World Food Programme (WFP) said in a statement.

“The socio-economic impact of the pandemic is hitting the most vulnerable communities in Nepal the hardest, forcing hundreds out of work and into hunger, increasing risks of malnutrition, disrupting vital supply chains and pushing food prices upward,” the WFP said.

The WFP’s most recent joint survey with Nepal’s Ministry of Agriculture and Livestock Development assessing the impact of COVID-19 on food security and vulnerability found that 16.8 per cent of households across Nepal were not eating enough.

A main reason for greater food insecurity, the December survey found, was lack of income. Of the households surveyed, 21 per cent said they had experienced a reduction in income in the past three months. About five per cent said the reduction was “severe.”

A later survey, carried out by a local media company, Sharecast Initiative Nepal, painted a more dire picture. It concluded that half of the country’s employed population had lost their jobs during the pandemic by the end of May 2021, forcing their families to eat less food.

“In Nepal, as it is elsewhere, both COVID-19 and malnutrition are symptoms of a dysfunctional food system, with the impact preventing children from fully developing and reaching their full potential,” she said.

“While we must address the immediate threats and save lives, governments will also need to come together and ensure open trade and long-term investments in agriculture to improve access to safe and nutritious foods for the most vulnerable.”

But political turmoil and divisions are hindering the national government’s efforts to ensure nutrition for children.

Recent floods and extreme downpours during the ongoing monsoon season are added obstacles to resolving malnutrition, particularly in rural areas where clean sources of water and food are hard to find.

While domestic authorities struggle to fight hunger in Nepal, the UN has been trying to help the country combat the problem.

The UN’s World Food Programme has distributed rice, lentils and vegetable oil to 164,000 Nepali students living in food-insecure areas who were missing out on nutritious lunches they used to receive at schools, which closed during the first wave of COVID-19. The UN plans to continue the initiative.

But finding a long-term solution may require the country to try other approaches. Johns Hopkins University has identified four effective and cost-efficient methods of tackling childhood malnutrition in countries like Nepal: wasting treatment, multiple micronutrient supplementation during pregnancy, vitamin A supplementation, and breastfeeding promotion.

William Moore, CEO of the Eleanor Crook Foundation, which researches and funds efforts to alleviate malnutrition, said he urges global leaders not to neglect the fight against hunger in countries like Nepal during the pandemic.

“We need leaders to be vocal about secondary impacts to prevent any generational damage,” he said. “In addition, western nations like the United States and Canada must build a stronger system in the long run under Build Back Better to see a 50 per cent reduction of child deaths by malnutrition in the future.” 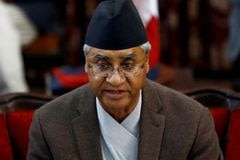 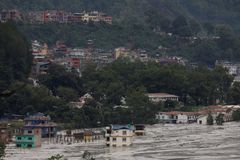 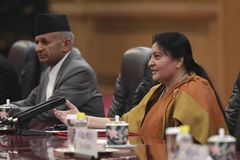