With the Delta variant fuelling a dramatic surge of COVID-19 cases and rising fears that Africa could suffer a repeat of India’s catastrophe, South Africa has become the latest country to announce a tough new lockdown on public gatherings and many business activities.

A prolonged vaccine shortage has compounded the danger that African countries will face the same scenario as India, where the Delta variant killed more than 140,000 people in a matter of weeks. Less than 3 per cent of Africans have received any vaccine, leaving the continent largely unprotected.

In South Africa, the Delta variant has triggered a huge rise in hospitalizations in the country’s most populous province, Gauteng, including the cities of Johannesburg and Pretoria. Many hospitals in Johannesburg have turned away patients because their beds are completely full. Some have had to send intensive-care patients to Durban, more than 500 kilometres away.

“We are in the grip of a devastating wave that by all indications seems like it will be worse than those that preceded it,” South African President Cyril Ramaphosa said in a nationally televised speech on Sunday night.

“South Africa is seeing a massive resurgence of infections,” he said. “The peak of this third wave looks set to be higher than the previous two.”

He announced a ban on all public gatherings, an expanded nightly curfew, a suspension of alcohol sales, a shutdown of restaurant dining and restrictions on travel in and out of Gauteng province, the country’s economic heartland. The measures will last for at least two weeks.

Scientists disclosed this weekend that the Delta variant is swiftly becoming dominant across South Africa, displacing the Beta variant that was previously dominant. The new variant, first detected in India, is believed to be twice as contagious as Beta and has been identified in five South African provinces in recent weeks.

The Delta variant has now been detected in 85 countries around the world, including 14 in Africa. It has become the top variant in Britain and has grown rapidly in several other countries, including the United States.

Because of a lack of scientific testing in many countries, there is no definitive proof that the Delta variant is now the most common source of cases in Africa, but there has been a sharp increase in COVID-19 cases and deaths in most of the countries surrounding South Africa in recent weeks, and the surge is unlikely to be a coincidence.

The drastic increase can be measured in the positivity rate – the percentage of tests that detect the virus. In South Africa, the national positivity rate climbed to 26.9 per cent in Sunday’s official daily report, and the rate in Gauteng province has climbed as high as 37 per cent in recent days.

The rate in neighbouring Namibia fluctuated between 35 per cent and 45 per cent last week, with many hospitals full to capacity and oxygen shortages reported. Elsewhere in Southern Africa, the positivity rate has been around 24 per cent in Zambia and recently hit 18 per cent in Zimbabwe.

The Delta variant is also responsible for recent surges of cases in Uganda and the Democratic Republic of the Congo, according to Matshidiso Moeti, director of the Africa office of the World Health Organization.

Across Africa, the current third wave of cases is projected to soon surpass the peak of the second wave, which happened in January.

“The third wave is picking up speed, spreading faster, hitting harder,” Dr. Moeti told a media briefing on Thursday. “With rapidly rising case numbers and increasing reports of serious illness, the latest surge threatens to be Africa’s worst yet.”

Many scientists and health workers in Africa have expressed fears that they could see a repeat of India’s recent disaster of soaring deaths and crowded hospitals, especially since vaccines still remain scarce across the continent.

John Nkengasong, director of the Africa Centres for Disease Control and Prevention, said the latest surge of cases has already overwhelmed the hospitals of countries such as Zambia, Uganda and Congo.

“The third wave is extremely brutal,” he told a media briefing. “It is frightening to see.”

Of the 2.7 billion doses of vaccines administered globally, less than 2 per cent have been administered in Africa. The vaccination rate has remained low because of a severe shortage of vaccines under the non-profit COVAX program – the main source of supplies for most African countries. While some doses were delivered by COVAX earlier this year, eight African countries have already exhausted their COVAX supplies and many others are running close to empty.

“Africa can still blunt the impact of these fast-rising infections, but the window of opportunity is closing,” Dr. Moeti said.

A South African leftist opposition party, the Economic Freedom Fighters, mobilized a protest march by about 2,000 of its followers last week to demand speedy approval of Chinese and Russian vaccines by the country’s health products regulatory agency. But there is no human trial data to prove that these vaccines would be effective against the Beta or Delta variants, experts say. 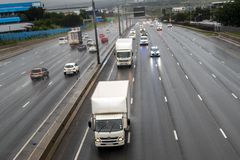 Britain to delay easing COVID-19 restrictions due to emergence of Delta variant
June 14, 2021 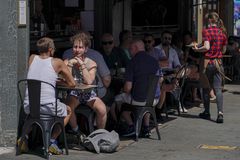 Opinion
The surging Delta variant will slow economic recoveries, and impatient governments are at fault
Subscriber content
June 27, 2021
Follow Geoffrey York on Twitter @geoffreyyork
Report an error Editorial code of conduct
Due to technical reasons, we have temporarily removed commenting from our articles. We hope to have this fixed soon. Thank you for your patience. If you are looking to give feedback on our new site, please send it along to feedback@globeandmail.com. If you want to write a letter to the editor, please forward to letters@globeandmail.com.
Comments