The G7 summit that opened Friday has a dauntingly wide agenda, ranging from vaccinating the world and restarting the global economy to promoting democracy. At the centre of each of those issues is the increasingly loud question of how Western leaders should deal with China.

Whatever message to Beijing is delivered by G7 leaders this weekend will likely be a compromise between U.S. President Joe Biden, who is hoping to rally the world’s democracies against what he sees as the threat posed by countries like China and Russia, and European leaders. The latter broadly agree with taking a tougher line towards Moscow, but see co-operation with China as key to pulling their economies out of pandemic-induced recessions.

China was a topic at several side meetings on Friday, including a bilateral conversation between British Prime Minister Boris Johnson and Canadian PM Justin Trudeau ahead of the formal opening of the summit. Canada’s High Commissioner to Britain, Ralph Goodale, told The Globe and Mail that he expected the G7 would make some kind of statement relating to China’s ongoing detention of Canadian citizens Michael Kovrig and Michael Spavor. “We appreciate very much the solidarity shown by our G7 colleagues in standing with Canada,” Mr. Goodale said.

Opinion: After a me-first pandemic, G7 leaders feel the need for some defensive globalism

The main outcome from the weekend summit in the English resort of Carbis Bay is expected to be a commitment to provide one billion vaccine doses to countries that have been struggling to inoculate their populations against COVID-19. G7 leaders haven’t been shy about saying that their willingness to share their countries’ vaccine wealth is in part a response to China’s efforts to extract geopolitical gains from doing the same.

On Friday, British Foreign Secretary Dominic Raab said there was “no doubt” that China and Russia were using their domestically produced vaccines to gain influence around the world. China has been accused of refusing to share its vaccines with countries like Honduras and Guatemala that recognize Taiwan, while Russia has expanded its clout in the Balkans by distributing its Sputnik V vaccine there.

U.S. President Joe Biden was similarly blunt in explaining that the U.S.’s own donation of 500 million doses would be fundamentally different from the “vaccine diplomacy” practised by Beijing and Moscow. “The United States is providing these half [billion] doses with no strings attached. Let me say it again: with no strings attached,” he said Thursday after a meeting with Mr. Johnson. “Our vaccine donations don’t include pressure for favours or potential concessions.”

Another key outcome from the summit is expected to be the announcement of some kind of international infrastructure project – reportedly to be named the “Clean Green Initiative” – that would again seek to rival something China is already doing, through its mammoth Belt and Road Initiative. That program has already has seen Beijing go on a controversial lending splurge that is funding building projects in some 100 countries. Winnie King, a senior lecturer in East Asian studies and international political economy at the University of Bristol, said the G7 infrastructure push “is directly to try and, for lack of a better word, challenge China’s Belt and Road Initiative.”

Prof. King said the G7′s intentions towards China could be seen in the list of non-G7 countries that had been invited to Carbis Bay: Australia, South Korea, India and South Africa. “The first three are main partners in what the Americans and Brits look at as their Indo-Pacific strategy. All three are partners in the effort to contain China.”

A leaked draft of the final statement from Carbis Bay suggests the G7 will also call for a new investigation – “free from interference” – into the origins of COVID-19. The wording, if it’s adopted by the leaders this weekend, will anger Beijing, which has carefully managed expert access to the Wuhan region, where the coronavirus was first detected in late 2019.

Yu Jie, a senior research fellow on China at the London-based Chatham House, said the G7′s focus on China was plain at last month’s foreign ministers’ meeting, which ended with a large section of a joint communiqué devoted to China or issues related to it. The statement condemned human rights abuses in Xinjiang, Tibet and Hong Kong, and called on China to “participate constructively in the rules-based international system” and to “act responsibly in cyber space.”

“The previous meeting set the tone: that liberal democracies have to join together to deal with this huge entity that is politically so apart, but economically thriving,” Ms. Yu said. She said Beijing would ignore the request for a new investigation into the origins of COVID-19. “It’s just another grievance added to a very long list.”

But talk of rebranding the G7 as a “D10” grouping of democracies by inviting India, Australia and South Korea to join has been muted over European concerns about creating what might look like an anti-Beijing alliance (as well as Japanese opposition to including South Korea, a historic rival). The Australian and South Korean leaders arrived in Carbis Bay on Friday and will join the second half of the summit as observers, and Indian Prime Minister Narendra Modi – whose country is in the throes of a deadly third wave of the pandemic – will attend virtually.

The lack of a formal launch this year of a D10 will be to the dismay of Mr. Biden and Mr. Johnson, who drove the idea. Ash Jain, a senior fellow at the Atlantic Council think tank, said that while the U.S., U.K. and Canada may be inclined to support the idea of a D10 grouping in some form that would bring together key Atlantic and Pacific allies, the other four G7 members seem to have  qualms. “Where this is headed is the G7 will stay in its current form, but there may be an attempt to bring along a D10 that operates in parallel,” Mr. Jain said.

In an editorial this week, the Global Times newspaper – which is affiliated with a hawkish wing of China’s ruling Communist Party – predicted Mr. Biden would fail in his efforts to rally Western democracies against Beijing. “European big powers… are aware that strengthening economic co-operation with China helps them revive their competitiveness. They don’t want political conflicts with China to extend to trade and economy,” read the editorial, which was headlined “Biden to gain little from ‘geopolitical feast’ in Europe.” 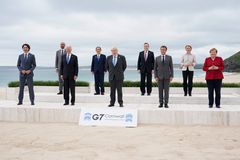 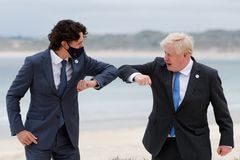 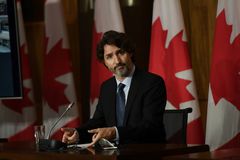 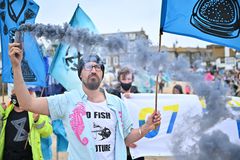