In one flooded German town, the ground collapsed under family homes. In another, floodwaters swept through an assisted-living centre, killing 12.

Rescue workers across Germany and Belgium rushed Friday to prevent more deaths from the continent’s worst flooding in years as the disaster claimed dozens more lives and the search went on for hundreds of missing people. The death toll stood at more than 125.

Fuelled by days of heavy rain, the floodwaters also left thousands of Germans homeless after their dwellings were destroyed or deemed to be at risk, and elected officials began to worry about the lingering economic effects from lost homes and businesses.

Elsewhere in Europe, dikes on swollen rivers were at risk of collapsing, and crews raced to reinforce flood barriers.

Sixty-three people perished in the German state of Rhineland-Palatinate, including 12 residents of an assisted-living facility for disabled people in the town of Sinzig who were surprised by a sudden rush of water from the nearby Ahr River, authorities said.

In neighbouring North Rhine-Westphalia state, the number of dead stood at 43, but officials warned that it could increase. 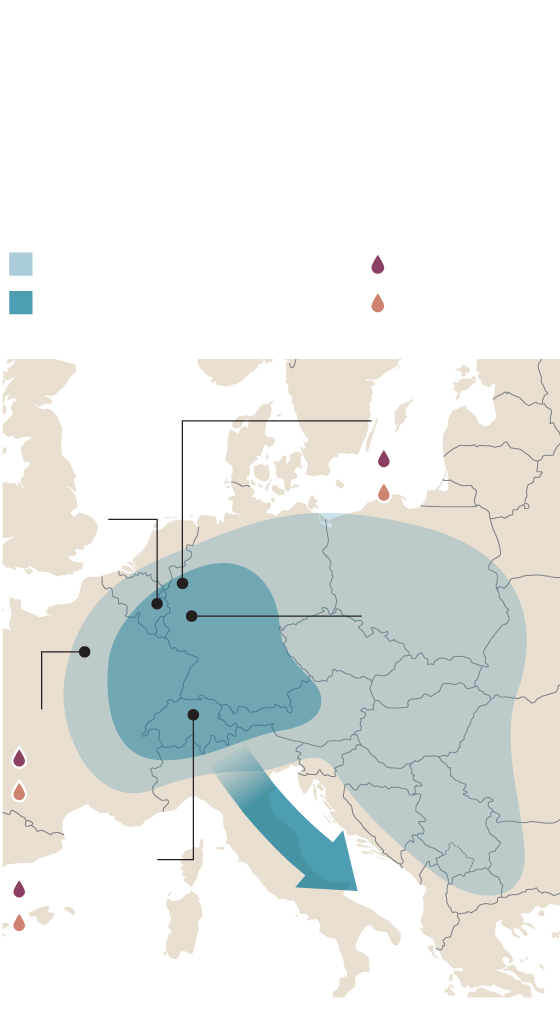 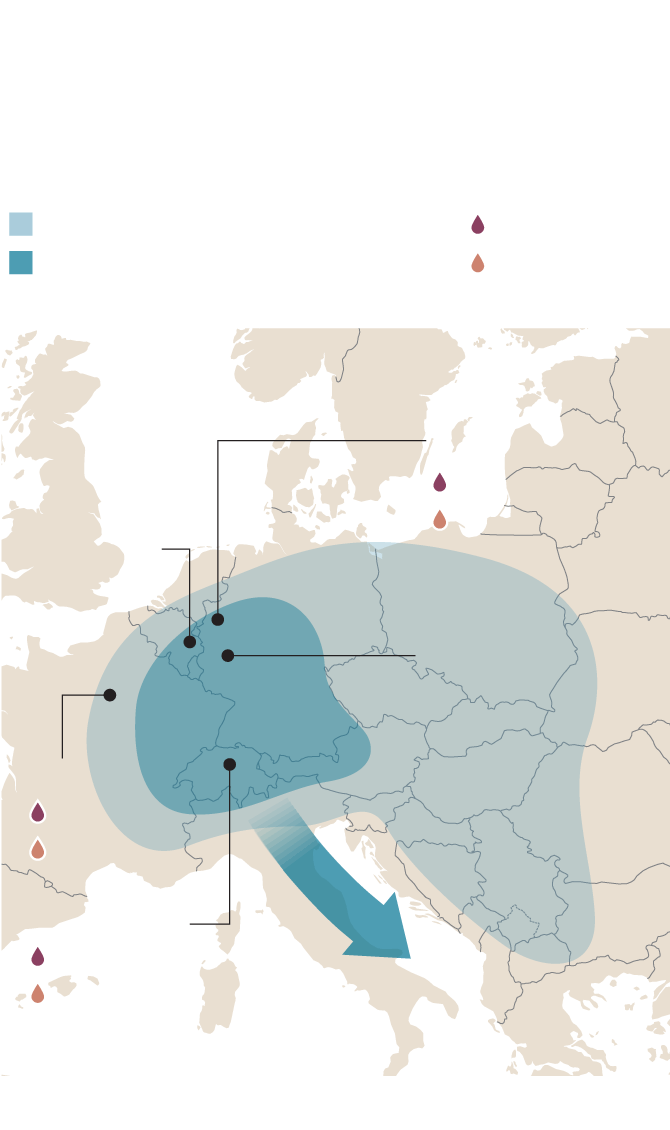 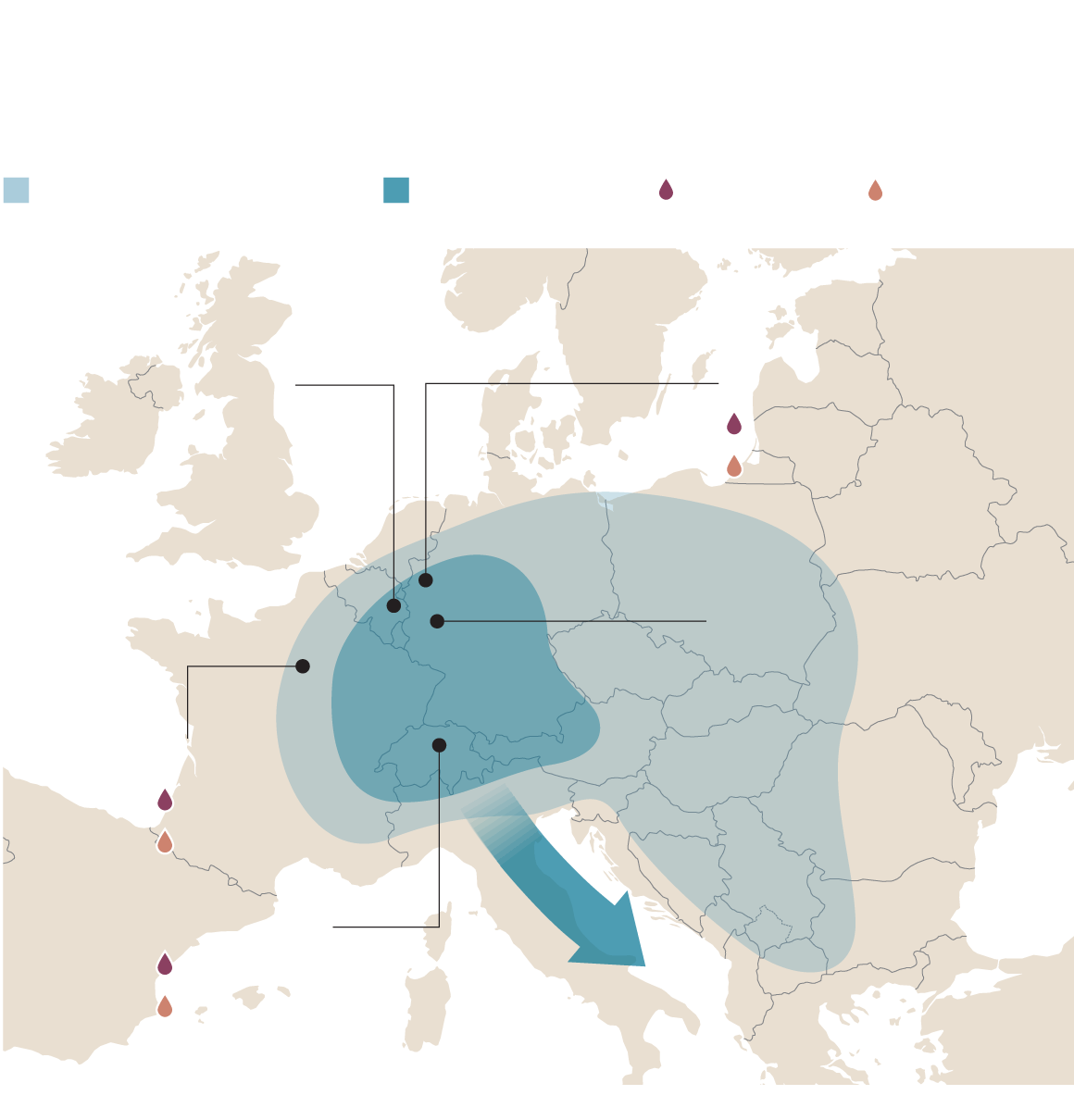 German President Frank-Walter Steinmeier said he was “stunned” by the devastation and pledged support to the families of those killed and to cities and towns facing significant damage.

“In the hour of need, our country stands together,” Mr. Steinmeier said in a statement. “It’s important that we show solidarity for those from whom the flood has taken everything.”

A harrowing rescue effort unfolded in the German town of Erftstadt, southwest of Cologne, where people were trapped when the ground gave way and their homes collapsed.

Fifty people were rescued from their houses, county administrator Frank Rock told German broadcaster n-tv. Aerial photos showed what appeared to be a massive landslide at a gravel pit on the town’s edge.

“One has to assume that under the circumstances some people didn’t manage to escape,” Mr. Rock said.

Authorities cautioned that the large number of missing could stem from duplicated reports and difficulties reaching people because of closed roads and disrupted phone service.

After Germany, where the death toll stood at 106, Belgium was the hardest hit. The country had confirmed the deaths of 20 people, with another 20 still missing, Belgian Interior Minister Annelies Verlinden told the VRT network Friday.

Several dikes on the Meuse Rriver that runs from Belgium into the Netherlands were at risk of collapsing, Ms. Verlinden said. Authorities in the southern Dutch town of Venlo moved out 200 hospital patients because of the river’s looming threat.

The governor of North Rhine-Westphalia, who hopes to succeed Chancellor Angela Merkel as the Germany’s leader after elections on Sept. 26, said the disaster had caused immense economic damage to the country’s most densely populated state.

“The floods have literally pulled the ground from beneath many people’s feet,” Governor Armin Laschet said at a news conference. “They lost their houses, farms or businesses.”

Federal and state officials have pledged financial aid to the affected areas.

“Climate change isn’t abstract any more. We are experiencing it up close and painfully,” she told the Funke media group.

Mr. Steinmeier, the German President, repeated his calls for greater efforts to combat global warming. “Only if we decisively take up the fight against climate change will we be able to limit the extreme weather conditions we are now experiencing,” he said.

Experts say such disasters could become more common in the future.

“Some parts of Western Europe … received up to two months of rainfall in the space of two days. What made it worse is that the soils were already saturated by previous rainfall,” World Meteorological Organization spokeswoman Clare Nullis said.

While she said it was too soon to blame the floods and preceding heat wave on rising global temperatures, Ms. Nullis added: “Climate change is already increasing the frequency of extreme events. And many single events have been shown to be made worse by global warming.”

The German military had deployed more than 850 troops to help with flood efforts, and the need for help is growing, Defence Ministry spokesman Arne Collatz said. He said the ministry had triggered a “military disaster alarm.”

Italy sent civil protection officials, firefighters and rescue dinghies to Belgium to help in the search for missing people.

In the southern Dutch province of Limburg, which also has been hit hard by flooding, troops piled sandbags to strengthen a 1.1-kilometre stretch of dike along the Maas River, and police helped move residents from low-lying neighbourhoods.

Erik Schulz, the mayor of the hard-hit German city of Hagen, 50 kilometres northeast of Cologne, said a wave of other regions and ordinary citizens offered to help.

“We have many, many citizens saying ‘I can offer a place to stay. Where can I go to help? … Where can I bring my shovel and bucket?’ ” he told n-tv. “The city is standing together, and you can feel that.”