A Raul Jimenez shot that took a heavy deflection off the head of Leeds United midfielder Kalvin Phillips gave Wolverhampton Wanderers a hard-fought 1-0 away win in the Premier League on Monday.

Leeds dominated possession in the opening half, firing crosses into the box at a variety of angles and threatening from set pieces without creating much in the way of clear-cut chances.

For all their attacking endeavour, they were almost made to pay in first-half stoppage time when Wolves sliced them open on the counterattack, but Daniel Podence fired a powerful shot straight at goalkeeper Illan Meslier, who batted it away.

Wolves improved greatly in the second half and Romain Saiss thought he had given his side the lead with a wonderful flick and volley in the 53rd minute. However, the goal was ruled out by the video assistant referee when Podence was deemed to be offside in the buildup.

Wolves finally broke the deadlock when Jimenez drifted in from the right and cut back to shoot. Phillips reacted quickest and attempted to head clear, but only succeeded in wrong-footing Meslier as the ball flew into the net.

Pedro Hernandez had a good chance deflected over for a corner as Leeds pressed forward looking for an equalizer. However, the Wolves defence held firm to hand Leeds their first home defeat of the season.

The win put Wolves sixth on nine points from five games, behind Leicester City and Arsenal on goal difference. Newly-promoted Leeds are 10th with seven points.

“In the first half we didn’t find a way to receive their press but in the second half we played very well and found the space,” goal-scorer Jimenez said.

“It’s difficult to score against this kind of team, they press very well. Sometimes you need fortune to score, it’s all about persistence,” he added.

Promoted West Bromwich Albion and Burnley fought out a 0-0 draw in the Premier League on Monday after both sides missed chances to register a first win of the season in a pulsating clash.

It was the top flight’s first goalless match of the season which did neither team any favours in a bid to move clear of the relegation zone.

The result left West Brom 17th in the standings on two points from five games, while 18th-placed Burnley have one from four after a dominant second-half performance.

West Brom coach Slaven Bilic was disappointed with the outcome, although he praised his side and conceded a share of the spoils was a fair result.

“I told them after the game we were looking for three points, but they should build on this,” the Croatian told Sky Sports.

"We created a few chances, more than enough to score. They also had a couple to be fair. A draw was probably a fair result.

“We knew these are the games – I respect Burnley a lot – where you really need to win, or at least not lose. If we want to stay up then we have to win these types of games.”

Striker Karlan Grant took centre stage for West Brom in the first half as he shot over the bar in the 18th minute before he had a goal disallowed for offside in the 37th, after home keeper Sam Johnstone had kept out an Ashley Barnes effort.

West Brom came close again in the 58th minute when visiting keeper Nick Pope parried a Grady Diangana shot and Branislav Ivanovic had the rebound blocked by a defender.

Chris Wood then twice hit the crossbar for Burnley, having failed to convert an Ashley Westwood cross before he missed with the goal at his mercy after Johnstone parried a Barnes header into his path.

West Brom missed the game’s final chance as Pope produced an acrobatic save to keep out a Matheus Pereira volley from close range in the 78th minute.

Burnley manager Sean Dyche also rued his side being unable to come away with a win.

“With the quality of chances we had, we could have got three points,” he said.

“It was a strange game, Barnes has one (chance), then there was a moment we deserved a penalty. I think the quality of chances were good, but we didn’t take them.” 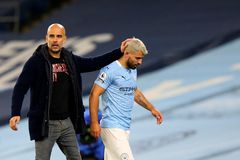 Toronto FC to play in front of limited crowd in regular-season finale in East Hartford
October 16, 2020 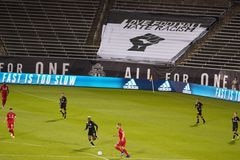 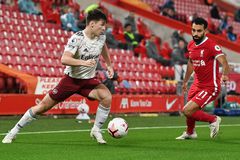